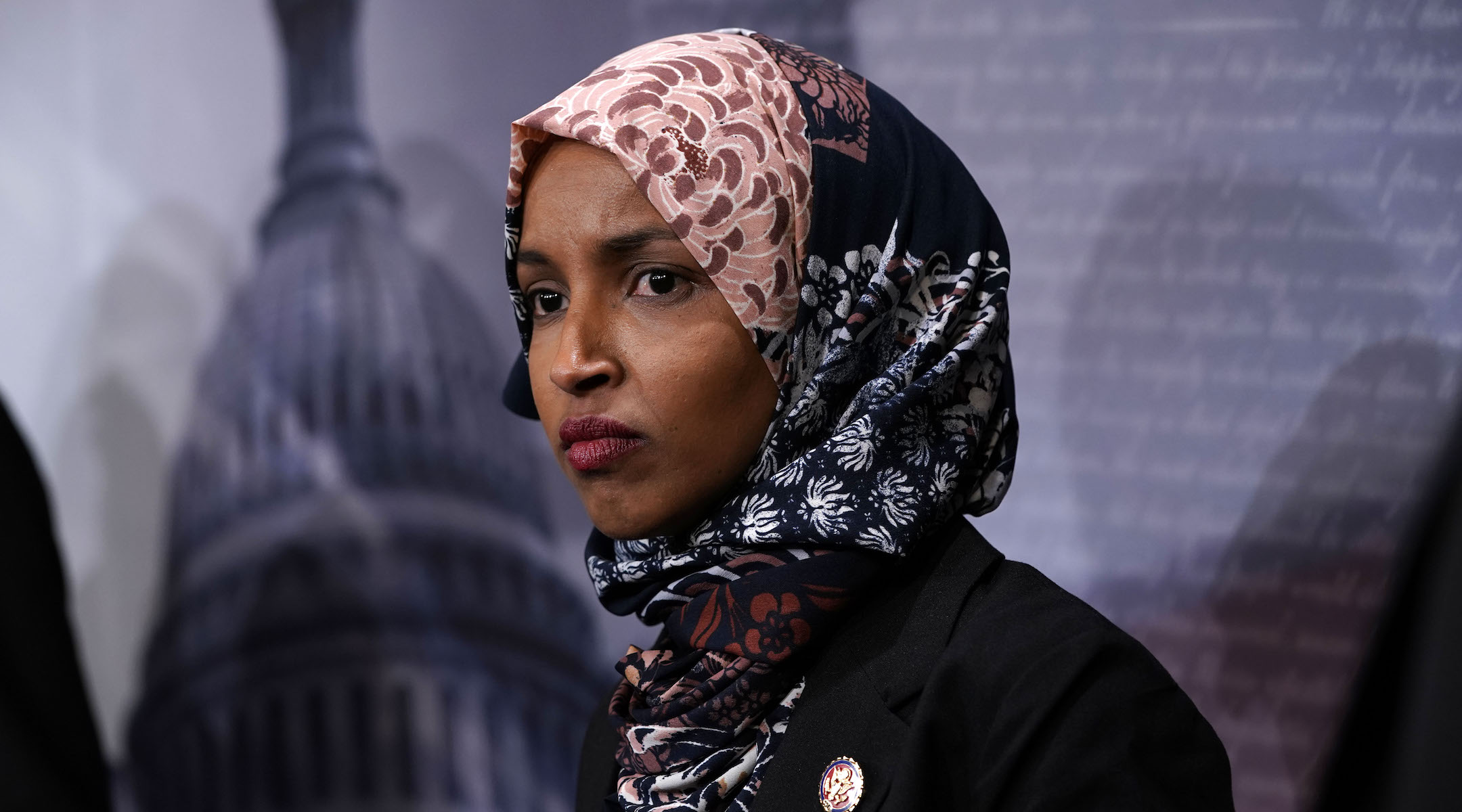 Engel’s statement released on Friday evening came more than a day after Omar, of Minnesota, accused pro-Israel activists and lawmakers of “allegiance to a foreign country.” Dual loyalties is a common anti-Semitic trope.

“I welcome debate in Congress based on the merits of policy, but it’s unacceptable and deeply offensive to call into question the loyalty of fellow American citizens because of their political views, including support for the U.S.-Israel relationship. We all take the same oath. Worse, Representative Omar’s comments leveled that charge by invoking a vile anti-Semitic slur,” Engel said in a statement released by his office.

Omar said Wednesday during a town hall in Washington that “I want to talk about the political influence in this country that says it is okay for people to push for allegiance to a foreign country.”

Engel called her comments “especially disappointing” because they follow on the heels of another incident in which she evoked another anti-Semitic stereotype, that Jews pay lawmakers to support Israel.

Engel continued that her comments “were outrageous and deeply hurtful, and I ask that she retract them, apologize, and commit to making her case on policy issues without resorting to attacks that have no place in the Foreign Affairs Committee or the House of Representatives.”

Earlier this month Omar posted successive tweets suggesting that the American Israel Public Affairs Committee, the pro-Israel lobby, pays politicians to be pro-Israel. Democratic and Republican leaders condemned the tweets as echoing anti-Semitic stereotypes about Jews, money and power. The allegation is also false, as AIPAC does not donate to candidates or endorse them. The freshman lawmaker apologized for the tweets a day later.