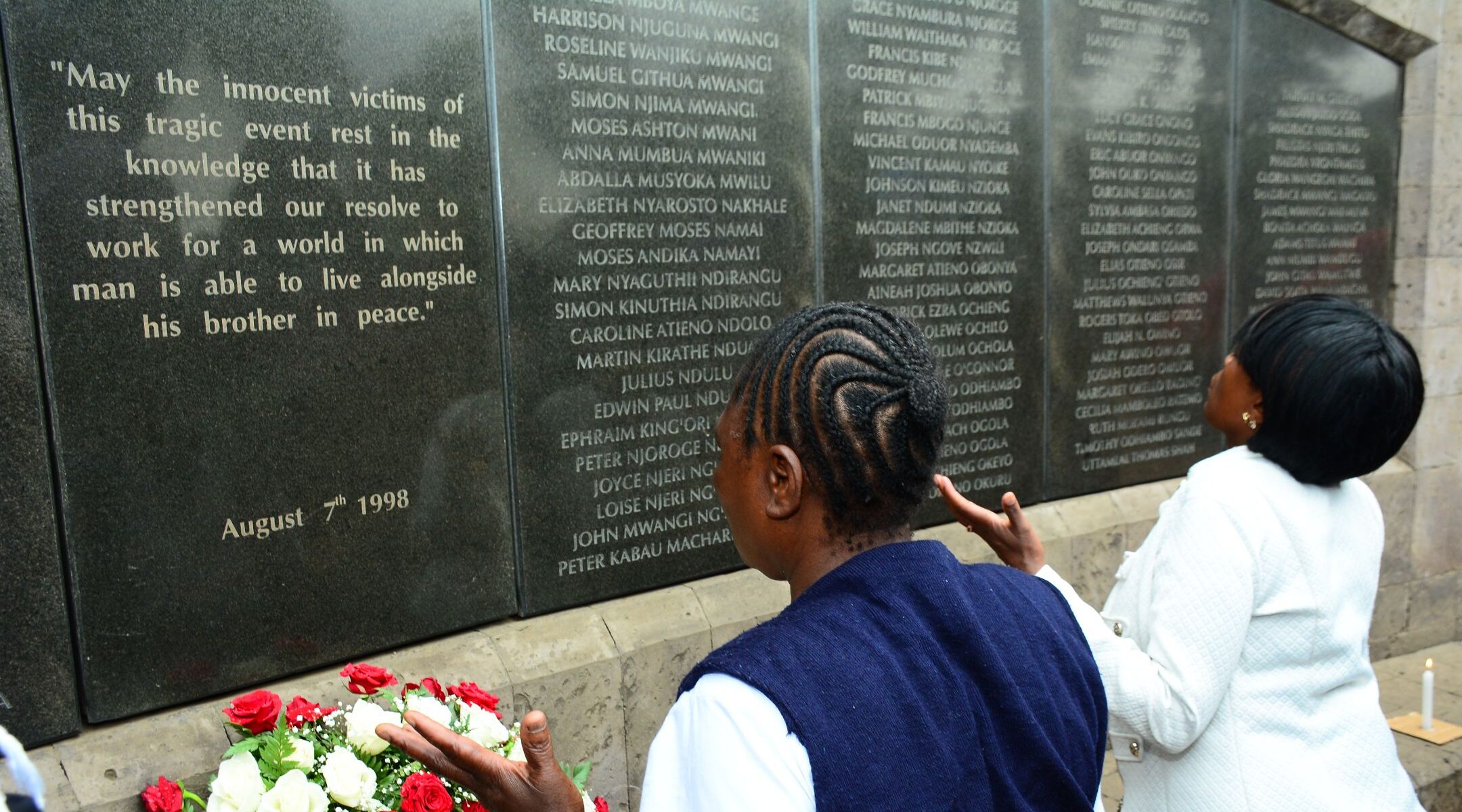 Visitors are seen at the August 7th Memorial Park at the scene of the deadly 1998 bombing of the U.S. Embassy in Nairobi, Aug. 7, 2019. Al-Qaeda's Abdullah Ahmed Abdullah is believed to have masterminded the attack. (Allan Muturi/SOPA Images/LightRocket via Getty Images)
Advertisement

(JTA) — Two Israeli agents on a motorcycle killed the second-in-command of al-Qaeda in Tehran, The New York Times reported.

Citing anonymous intelligence officials from an unidentified country or countries, the report last week said the killing of Abdullah Ahmed Abdullah three months ago was done at the behest of the United States.

Abdullah, also known as Abu Muhammad al-Masri, is believed to have masterminded deadly attacks on two U.S. embassies in Kenya and Tanzania in 1998 that killed 224 and wounded hundreds.

Israel reportedly maintains a robust intelligence presence in Iran, its deadliest enemy. Israeli agents have been blamed for assassinations, sabotage and spiriting out of the country sensitive nuclear information.

Al-Qaeda and Iran have not reported Abdullah’s death and he remains on the U.S. Most Wanted List.