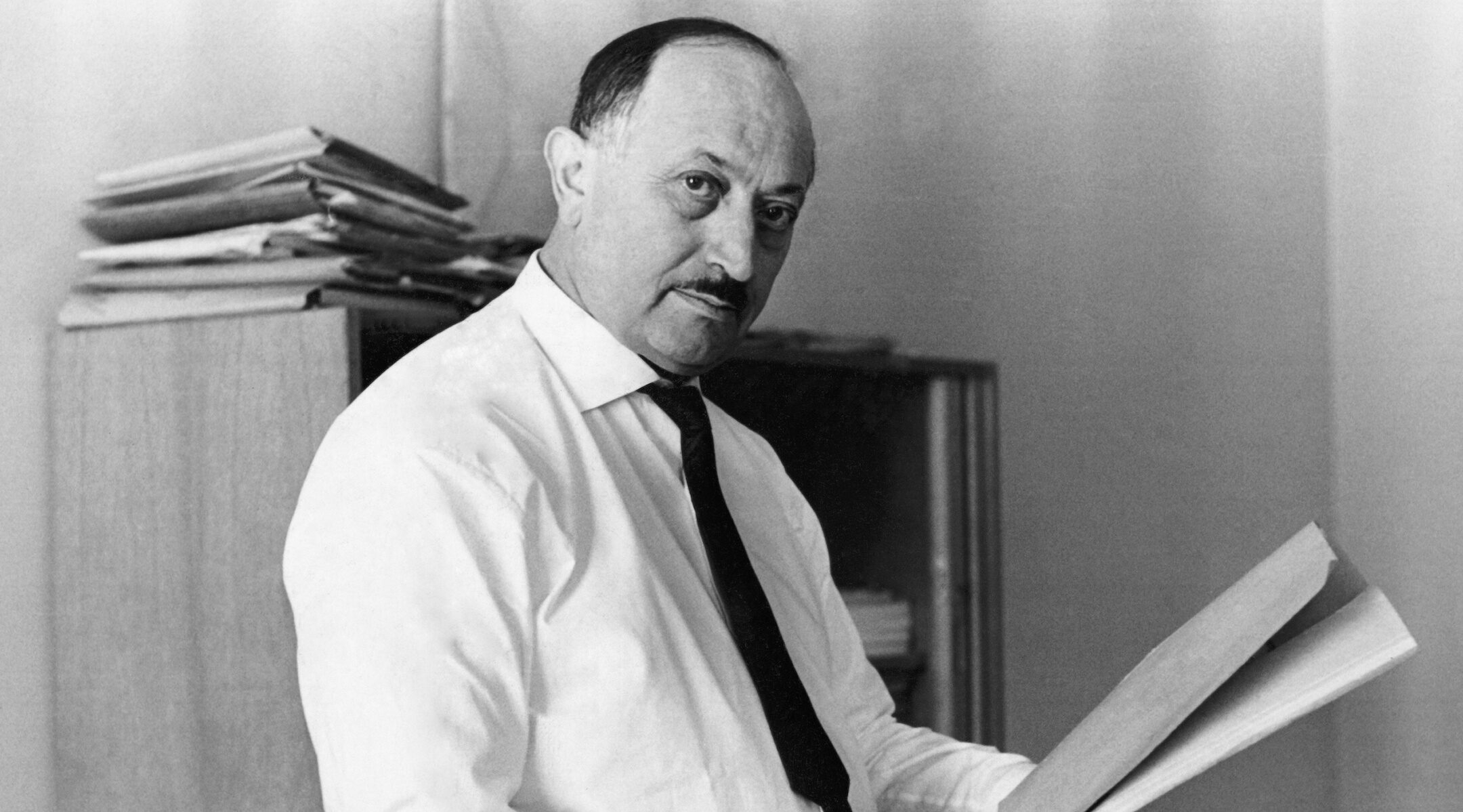 Simon Wiesenthal at his office of the Jewish Documentation Center in Vienna in the 1960s. (Keystone-France/Gamma-Keystone via Getty Images)
Advertisement

LOS ANGELES (JTA) — It is indicative of the reverence still held for Simon Wiesenthal, who hunted some 1,100 war criminals to the ends of the earth, that a play on his life can now be viewed simultaneously all over the globe.

In keeping with the times, the play, economically titled “Wiesenthal,” is digitally available anywhere in the world until Oct. 28.

Reviving the play is the Wallis Theatre in Beverly Hills, which presented a live version of the play in 2015, written and performed by Tom Dugan. He is reprising the role in the current revival.

“My father was a World War II veteran who was awarded the Bronze Star and Purple Heart. He helped liberate the Buchenwald concentration camp in 1945. Although I’m an Irish Catholic, I married a Jewish woman, and now we are raising two beautiful Jewish boys, so Simon Wiesenthal’s message of tolerance has a deep resonance for me,” Dugan said. “Wiesenthal was not only a Jewish hero, he fought for the rights of all Holocaust victims, including Soviet, Polish, Gypsy and homosexual victims as well.”

Following the war, during which he survived five concentration camps, Wiesenthal founded and headed the Jewish Documentation Center in Vienna and dedicated his life to the search for and legal prosecution of Nazi criminals and the preservation of Holocaust memory and education.

Tickets to view the streamed version of the play anywhere in the world are on sale at $50 per household and can be purchased at www.The Wallis.org/Wiesenthal.