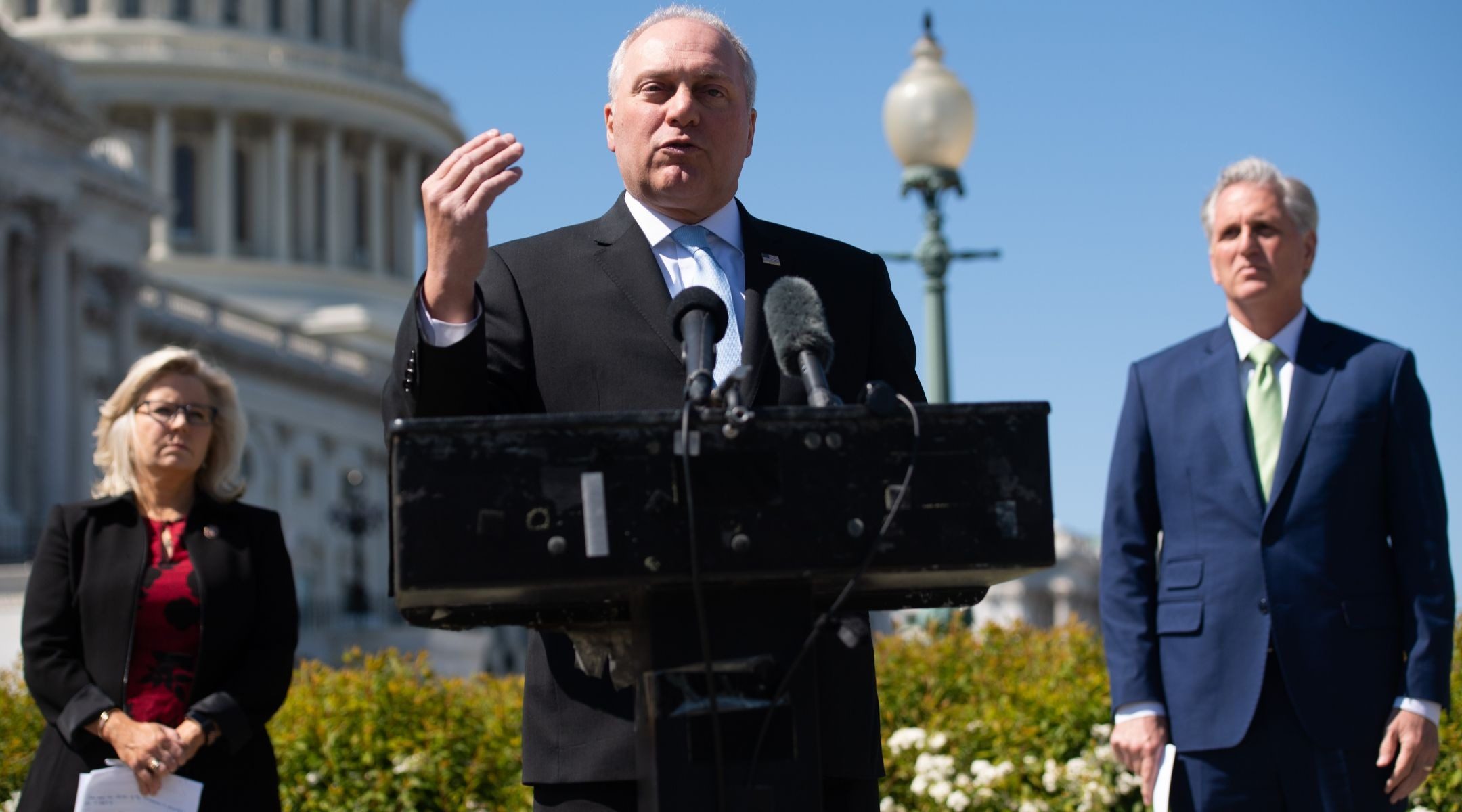 WASHINGTON (JTA) — Top Republicans spearheaded a letter backing Israel’s right to determine its borders at a time that Democrats are pressing Israel not to annex parts of the West Bank.

“We write to reaffirm the unshakeable alliance between the United States and Israel, to emphasize that Israel has the right to make sovereign decisions independent of outside pressure, and to express our support for you as you make such decisions in your capacity as Israel’s democratically-elected prime minister,” said the letter sent Monday to Israeli Prime Minister Benjamin Netanyahu. “As dedicated friends of the Jewish state, we reaffirm our steadfast commitment to the relationship between our two nations and Israel’s right to sovereignty and defensible borders.”

The letter, shared with the Jewish Telegraphic Agency, was spearheaded by the first, second, and third-ranked Republicans in the U.S. House of Representatives: Kevin McCarthy, Calif., Steve Scalise, La., and Liz Cheney, Wyo., respectively. Also taking a lead in gathering signatures for the letter were the two Jewish members of the caucus: Lee Zeldin of New York and David Kustoff of Tennessee.

It has garnered 116 signatures out of 198 Republicans in the House. The Republican Jewish Coalition recently announced that it would lobby for Israel’s right to extend sovereignty to some areas as envisioned in the Trump administration peace plan unveiled earlier this year.

A top GOP aide said the RJC was critical in getting members to sign the letter. “The RJC was instrumental in making it happen,” said the senior Republican House aide, speaking to JTA on condition of anonymity. “From helping on the ground level to expanding the coalition of members who ultimately signed, their involvement cannot be understated.”

The letter comes as another letter is circulating among Democrats in the House that warn Israel of the perils of annexing parts of the West Bank. That letter so far has garnered 170 signatures, including top pro-Israel leaders like Steny Hoyer of Maryland, the majority leader.