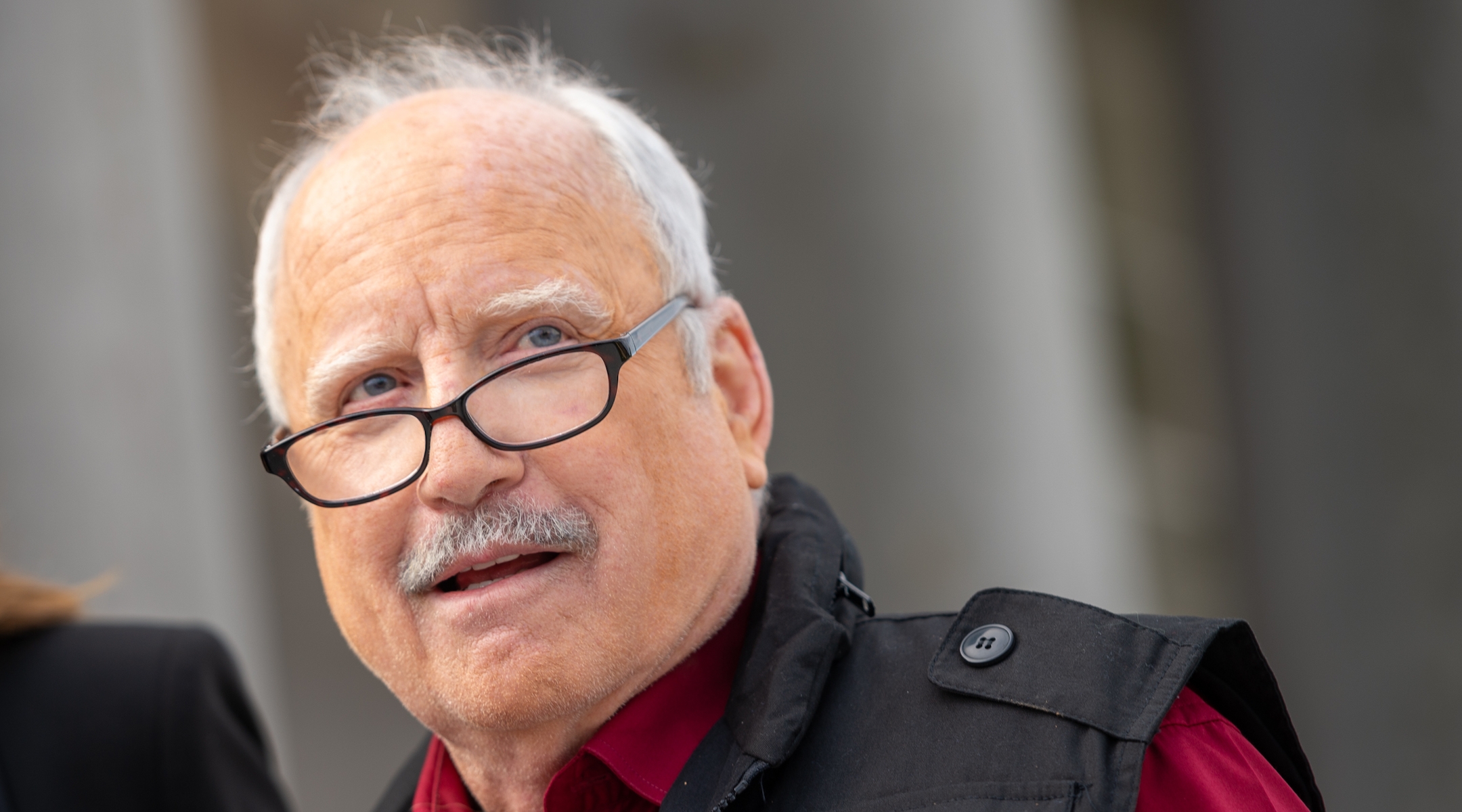 (JTA) — Academy Award winner Richard Dreyfuss said he is more concerned about “Jews not behaving like Jews” than he is about the global rise in anti-Semitism.

Dreyfuss told the Hollywood Reporter ahead of the release of his new movie, “Astronaut,” that Jews “sound very much like our own worst enemies in trying to protect Zionism and protect our own reputations. We really do need to explore what it means to be Jewish and not let it go away.”

Dreyfuss appeared to criticize Israel’s treatment of the Palestinians, saying that “most Jews are willing to celebrate their own history of being oppressed, and then they’ll get up and oppress other people. so I don’t want Jews to do that.”

Dreyfuss, who starred in the popular films “Jaws,” “The Goodbye Girl” and “Close Encounters of the Third Kind,” noted that he is a distant relative of Alfred Dreyfus, the Jewish officer in the French army who was tried and convicted for treason in 1894.

In “Astronaut,” Dreyfuss plays a retiree who wins the chance to travel to space. He won the Oscar as best actor for “The Goodbye Girl,” a film written by Neil Simon.