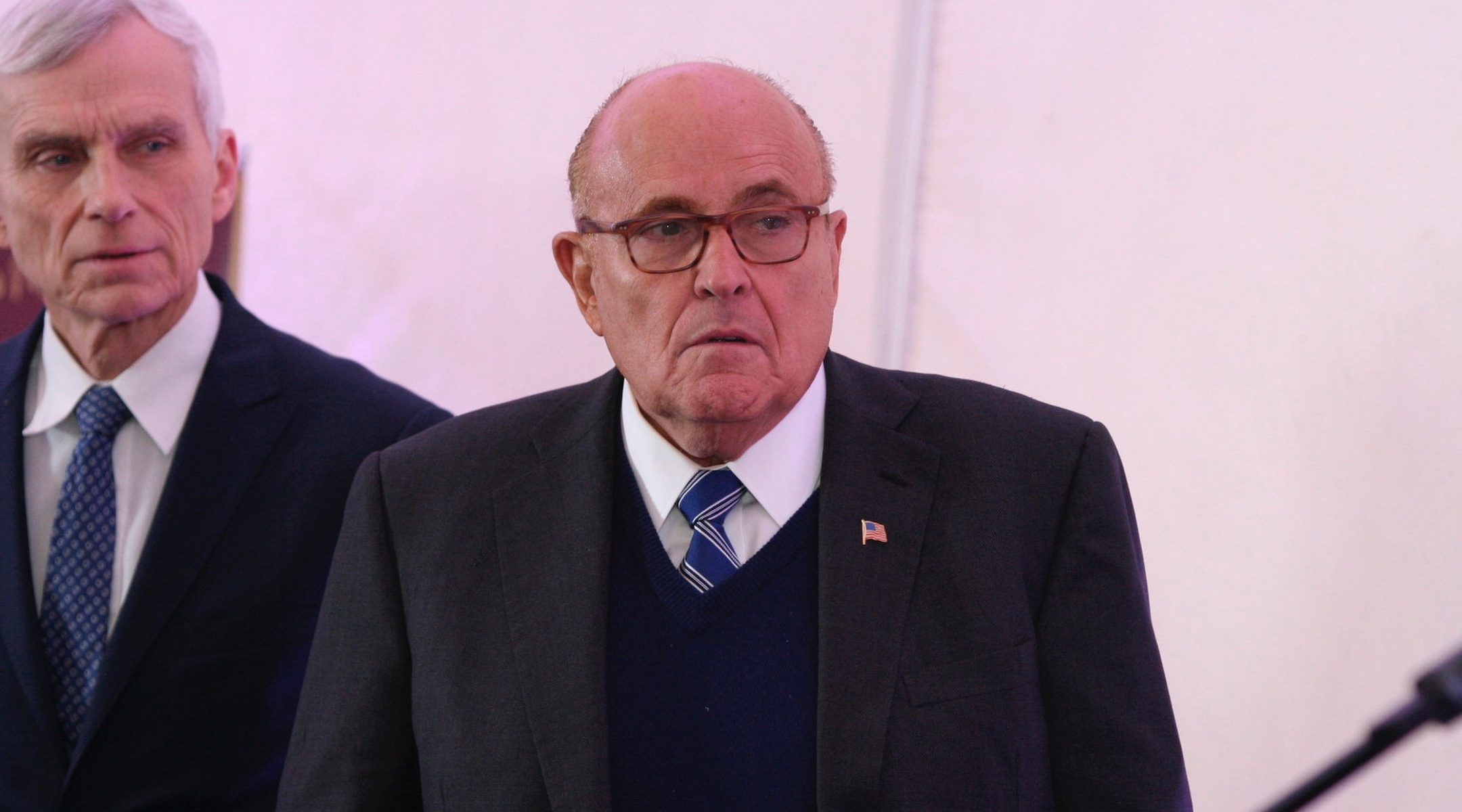 Don’t tell me I’m anti-Semitic if I oppose him,” Giuliani said. “Soros is hardly a Jew. I’m more of a Jew than Soros is. I probably know more about — he doesn’t go to church, he doesn’t go to religion — synagogue. He doesn’t belong to a synagogue, he doesn’t support Israel, he’s an enemy of Israel. He’s elected eight anarchist DAs in the United States. He’s a horrible human being.”

Soros, a Hungary-born Holocaust survivor, is a left-leaning donor to the Democrats and other liberal and pro-democracy causes in the United States, Europe and Israel. He often features in right-wing conspiracy theories about Jews controlling the world.

Giuliani also said in the magazine story, titled “A Conversation With Rudy Giuliani Over Bloody Marys at the Mark Hotel,” that the former U.S. ambassador to Ukraine, Marie Yovanovitch, was “controlled” by Soros.

“He put all four ambassadors there. And he’s employing the FBI agents,” Giuliani said.

He later doubled down on his comments, telling NBC News in a text message that “I’m more Jewish than half my friends.”

Soros’ Open Society Foundations responded to Giulliani’s remarks. “Giuliani’s remarks about George Soros’ Jewishness as reported in @NYMag are contemptible – and reflect his toxic campaign of misinformation and falsehoods – aimed at distracting from the gravity of the charges facing the President,” Laura Silber, chief communications officer at the Open Society Foundations said in a tweet.

The ADL issued a report last year outlining the anti-Semitism behind many of the conspiracy theories surrounding Soros.

Saying that he controls ambassadors, employs FBI agents and isn’t “Jewish enough” to be demonized is.

Our experts explain the #antiSemitism behind Soros conspiracies: https://t.co/rK4ZXecMxn https://t.co/uFvsRvB2Ys