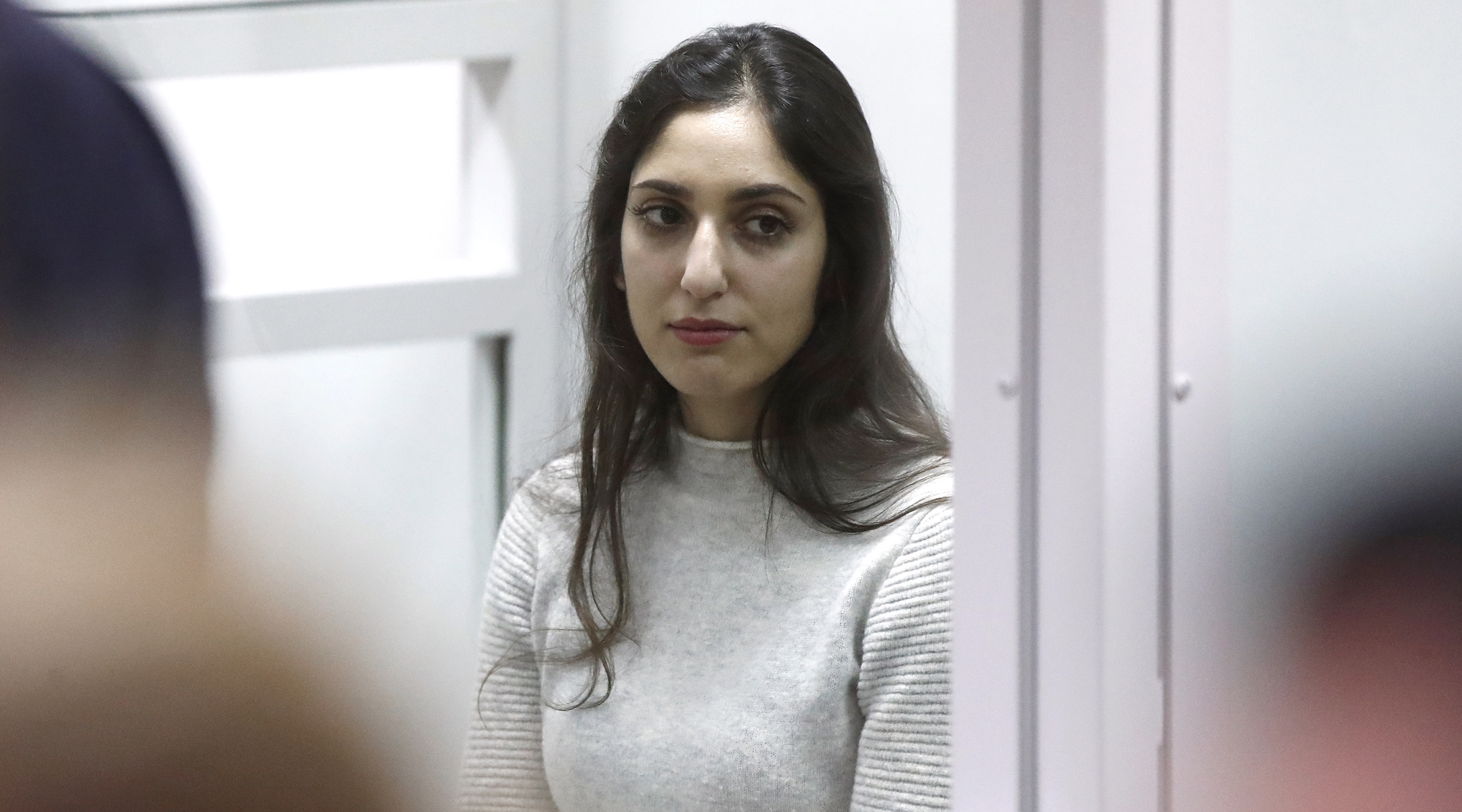 JERUSALEM (JTA) — A Moscow court upheld the verdict against an American-Israeli woman jailed on charges of drug smuggling on Thursday after a hearing in which she asserted that she had been tricked into signing a confession.

Naama Issachar, 25, was sentenced to 7 1/2 years in prison in October following her conviction for smuggling marijuana into the country. She had been detained since April after nine grams (less than one-third of an ounce) of marijuana were found in her luggage.

Her initial charge of possession of cannabis, which entails a fine and a month of detention, was subsequently changed to narcotics smuggling, which carries a prison term of three to 10 years. Issachar was passing through Russia on the way home from India, causing many in Israel to question the charge of smuggling.

Israeli officials reportedly believe Russia was trying to use Issachar as a bargaining chip to secure the release of Alexei Burkov, a Russian hacker held by Israel who was subsequently extradited to the United States.

According to The Jerusalem Post, Issachar told the court that she “didn’t know that I signed a confession” because she had been presented with a document in Russian that was not translated for her.

Talks between senior Israeli and Russian officials regarding the case are ongoing and Israeli Foreign Minister Israel Katz expressed hope that she will be returned as a goodwill gesture prior to a visit by Russian President Vladimir Putin late next month. Israeli Prime Minister Benjamin has promised to return Issachar to Israel.

“Physically, she’s safe and everything, but I personally truly worry for her emotional and mental well-being,” she said. “My mom saw her a couple of days ago and she’s losing it. She can’t really take it anymore.”