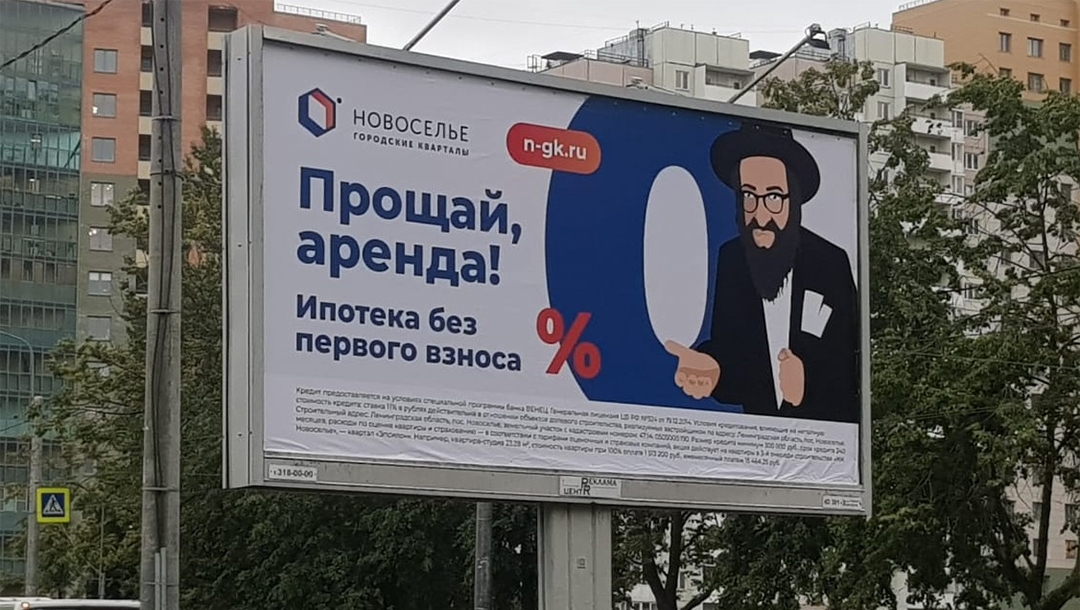 (JTA) — An asset management firm in Russia removed a billboard featuring a depiction of a haredi Jew extending one hand and the words: “Goodbye rent!”

In St. Petersburg, the boards installed earlier this month by the Novoselye firm, which offers mortgage plans and housing packages, had prompted allegations of anti-Semitism.

“Definitely anti-Semitic: An exploitation of the theme that all Jews are usurers,” one critic of the billboard, Natalya Zonova, wrote on the page of the Choral Synagogue Jewish community of St. Petersburg through V Kontakte, the Russian version of Facebook. That community also called for the billboard’s removal.

Amid criticism, Novoselye agreed to remove the billboards if a majority of respondents to a poll it published on V Kontakte voted for its removal. Out of 967 voters, only 46 percent did so. Still, the firm agreed to have the billboard removed so as not offend people who found it anti-Semitic.

Separately, unidentified individuals painted a Star of David with the word “cemetery” on the external wall of a magazine store in Offenbach near Frankfurt, Germany, on Sunday.

In France, the entrance to an elementary school in the town of Mauperthuis near Paris were covered with lewd and anti-Semitic slogans earlier this week, including “death to the Jews” and a swastika.