Ruth Bader Ginsberg documentary is nominated for an Oscar 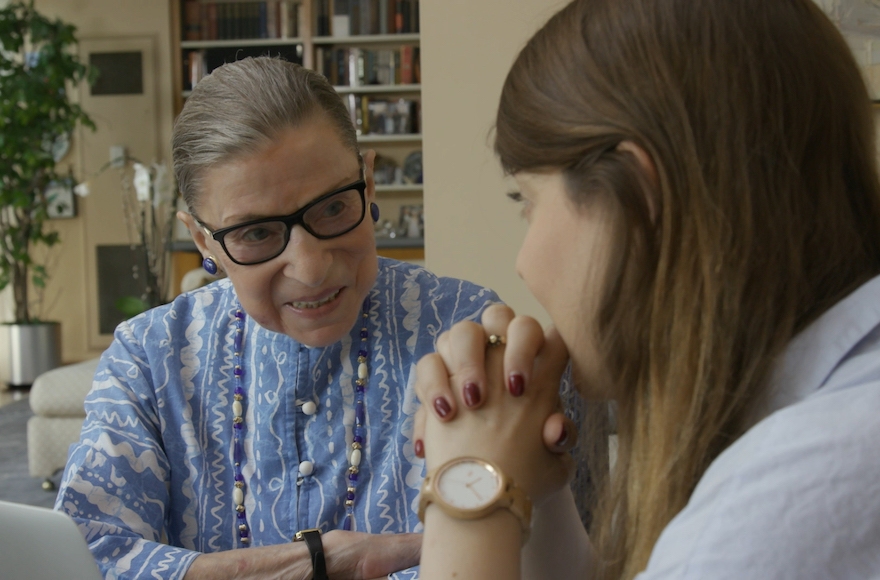 Ruth Bader Ginsburg with her granddaughter, Clara Spera, in a scene from the Oscar-nominated documentary "RBG." (Courtesy of Magnolia Pictures)
Advertisement

The Oscar nominations were announced Tuesday morning. The awards ceremony will take place on Feb. 24.

“BlackkKlansman,” a film about a Jewish cop who teams up with an African-American detective to infiltrate the Ku Klux Klan, was one of eight films nominated for best picture.

Adam Driver, who plays the Jewish police officer, was nominated for best supporting actor in the film, which also nabbed a best director nomination for Spike Lee.

Rachel Weisz was nominated for best supporting actress for portraying a friend of England’s Queen Anne in the 18th-century costume dramedy “The Favourite.” The film also picked up a best picture nomination and seven other nominations, including best costumes.

Filmmakers Joel Coen and Ethan Coen received the nomination for best adapted screenplay for “The Ballad of Buster Scruggs.”

Israeli filmmaker Guy Nattiv’s short film “Skin” was nominated for best live action short film. Nattiv, who has lived in Los Angeles for the last several years, wrote the film with Sharon Maymon, a friend from high school. The 20-minute film about  former skinhead group member Bryon Widner will be screened this year as a full-length feature.

“Roma,” a drama that follows the life of a live-in housekeeper to an upper-middle-class family in Mexico City, received 10 nominations, including best picture, followed by “A Star is Born” and “Vice” with eight. “Black Panther,” with seven nominations, became the first superhero movie to be nominated for best picture.