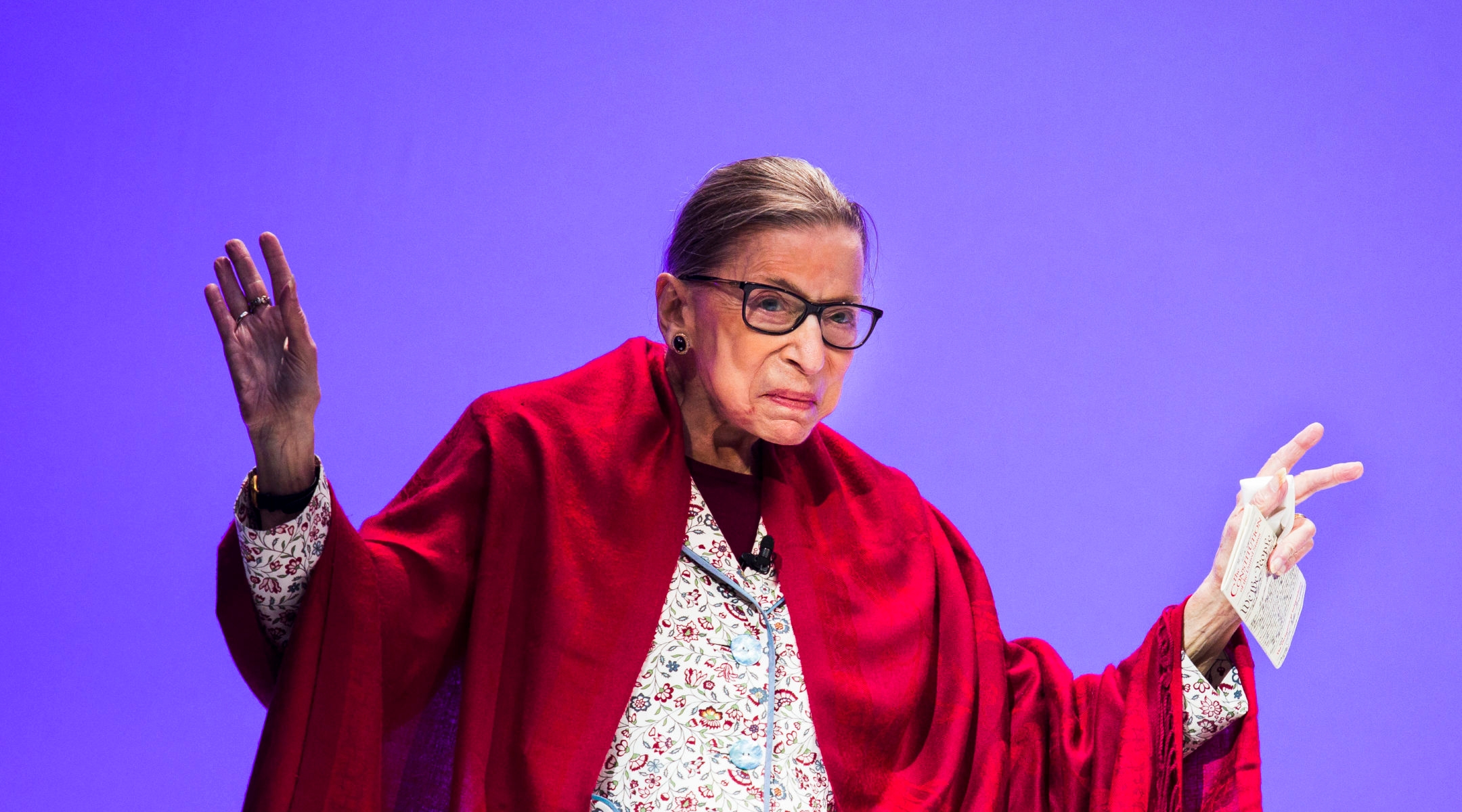 (JTA) — Supreme Court Justice Ruth Bader Ginsburg will remain hospitalized through the end of the week after undergoing a minimally invasive nonsurgical procedure on Wednesday.

The procedure, to revise a bile duct stent, took place Wednesday at Memorial Sloan Kettering Cancer Center in New York City, the Supreme Court said in a statement. Stent revisions are common occurrences, the statement said, citing the justice’s doctors, who said the procedure was done to minimize the risk of future infection.

Ginsburg, 87, was said to be “resting comfortably” after the procedure.

Ginsburg was hospitalized earlier this month at Johns Hopkins Hospital in Baltimore after “experiencing fever and chills,” and was treated for a possible infection, which may have been at the site of the stent.

The justice announced after that hospitalization that she is undergoing chemotherapy for liver cancer. Ginsburg has had multiple bouts of cancer, including pancreatic cancer for which she underwent radiation therapy in 2019, and colon cancer in 1999. She continues to keep up with her opinion writing and other court work.

Ginsburg is one of three Jewish justices on the court and leads its liberal wing. Sen. Mitch McConnell, R-Ky., the majority leader in the Senate, has said he will not hesitate to push through a replacement nominated by President Donald Trump should Ginsburg die or step down, no matter how close to the election.