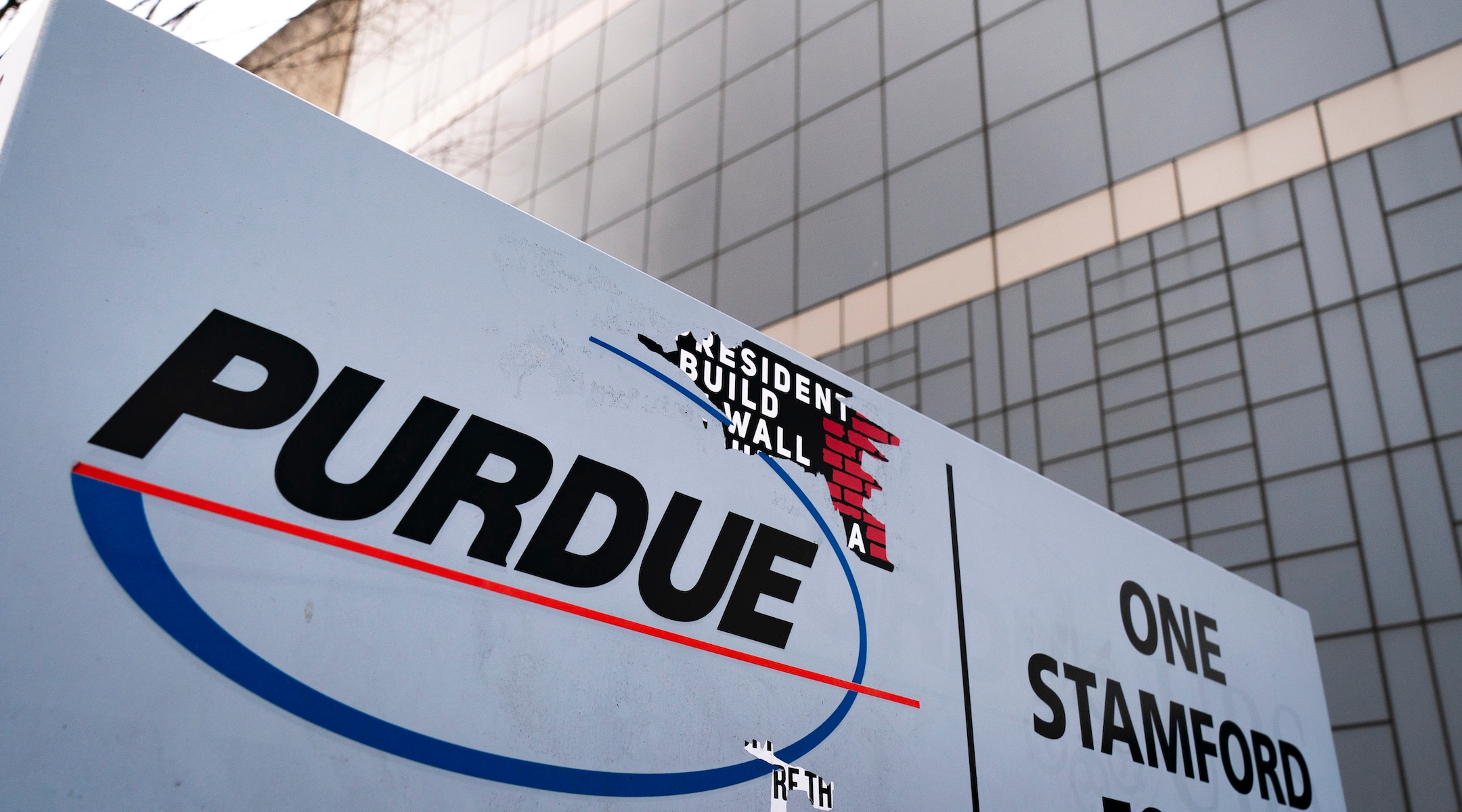 (JTA) — The Sackler family-owned Purdue Pharma filed for bankruptcy as part of a tentative $12 billion settlement with dozens of state and local governments that filed lawsuits accusing the company of fueling and profiting from the opioid epidemic.

The company’s board met Sunday evening to approve the move, Reuters reported, and the bankruptcy was filed in White Plains, New York.

Twenty-four states and five U.S. territories, as well as 2,000 cities, counties and other plaintiffs, have sued the Connecticut-based company. Two dozen other states have not committed to the settlement and are being encouraged to do so, according to Reuters.

The prescription painkiller OxyContin, introduced by Purdue in 1996, helped make the Sacklers America’s 19th richest family with a combined net worth of $13 billion, according to Forbes. The company has been accused of aggressively marketing the powerful and addictive painkiller even as it became clear that the drugs were not as safe as advertised.

The bankruptcy filing will turn the private company into a “public beneficiary trust,” allowing the profits from all drug sales, including OxyContin, to go to the plaintiffs in the lawsuits.

The company also would agree to give its addiction treatment drugs free to the public. Those drugs are currently under development.

The Sacklers, who are Jewish, would cede control of Purdue in the proposed settlement. They have offered $3 billion in cash and at least another $1.5 billion from the proposed sale of another company they own, called Mundipharma, Reuters reported, citing the company.

“It is our hope the bankruptcy reorganization process that is now underway will end our ownership of Purdue and ensure its assets are dedicated for the public benefit,” the family said in a statement.

The reorganization and settlement will require approval by a U.S. bankruptcy judge.

The Sackler family has supported Tel Aviv University’s School of Medicine and the Jewish Museum in Berlin among its philanthropic endeavors.