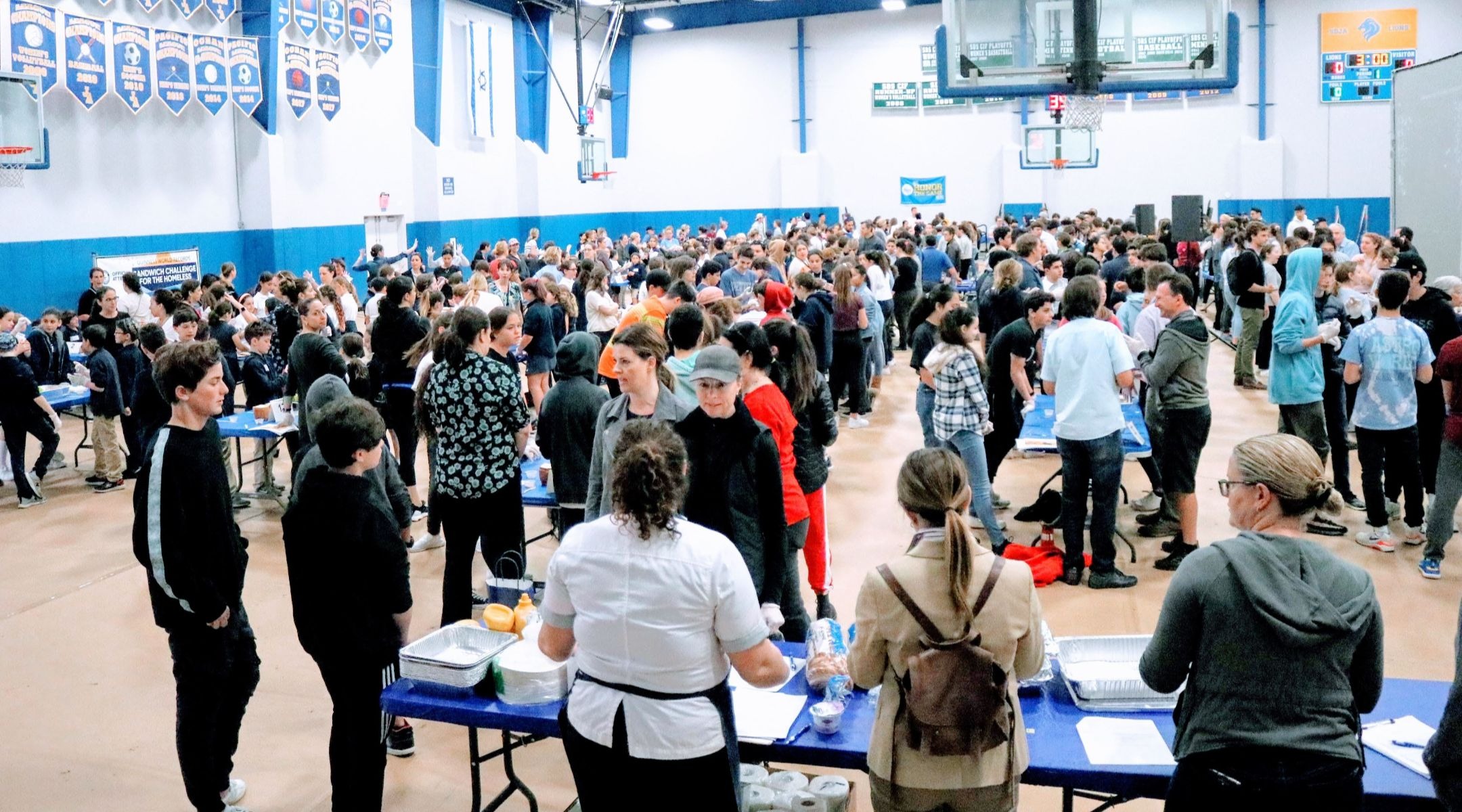 (JTA) — The San Diego Jewish Academy broke a record and did a mitzvah.

The school set a Guinness World Record for the most sandwiches made in under three minutes. The sandwiches went to feed homeless people in its Southern California city.

Students, faculty and parents made 868 sandwiches in those 180 seconds, a giant leap from the previous record of 490 and well above the goal of 600. And these weren’t just two pieces of bread with a slice of cheese slapped inside — the sandwiches also included a slice of tomato and a lettuce leaf.

The results of Monday’s record-breaking attempt by more than 550 sandwich makers must still be certified by Guinness, which could take up to 12 weeks. But the school is still a winner — the food went to residents of a temporary  shelter in San Diego and to others living on the street, according to the Alpha Project, a city organization dedicated to helping the homeless.

Representatives from the Alpha Project attended the event and provided education for the participants on the challenges of homelessness in their community.

The sandwich-making project was part of the school’s programming on tikkun olam, or repair of the world.