Schiff says Trump tweet was intended as a threat. The White House denies the claim. 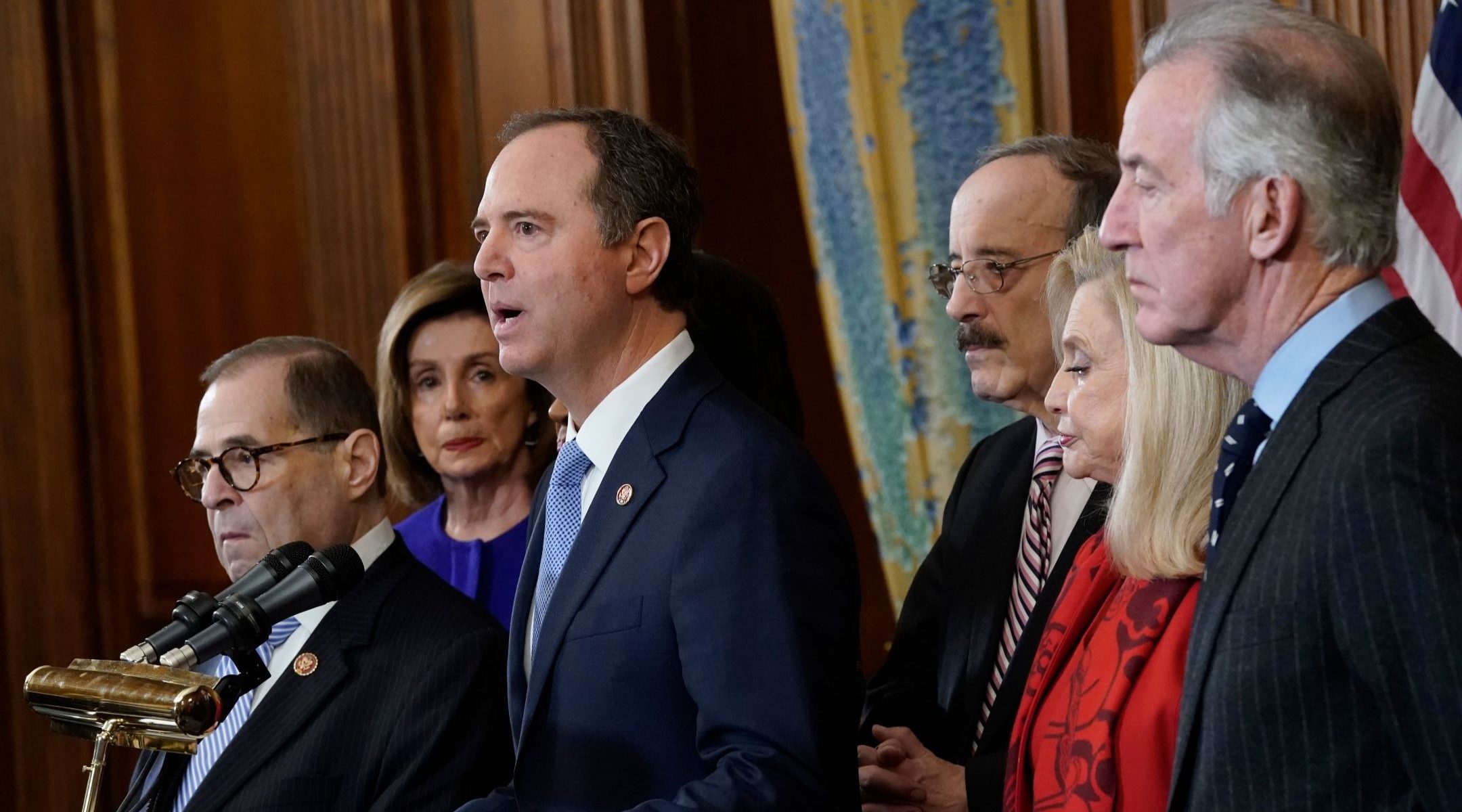 (JTA) — Rep. Adam Schiff said a tweet from President Donald Trump on Sunday morning was “intended” to be a threat. The White House denied the claim.

Schiff, D- Calif., is chairman of the House Intelligence Committee and the lead prosecutor in Trump’s impeachment hearing in the Senate. He has been praised and vilified for his closing arguments in the trial on Thursday.

Trump tweeted on Sunday that “Shifty Adam Schiff is a CORRUPT POLITICIAN, and probably a very sick man. He has not paid the price, yet, for what he has done to our Country!”

When asked by host Chuck Todd on NBC’s “Meet the Press” whether he took the tweet as a threat, Schiff responded,”I think it’s intended to be.”

“This is a wrathful and vindictive president; I don’t think there’s any doubt about it,” Schiff added. “And if you think there is, look at the president’s tweets about me today, saying that I should ‘pay a price.’”

Trump also tweeted that the “Impeachment Hoax is a massive election interference the likes of which has never been seen before,” and the president attacked Todd, referring to him as “Sleepyeyes” and saying the “Meet The Press” host’s interview was “softball.”

“I think that people, and this has been a theme actually throughout this process, people put meanings behind what he says,” Grisham said in an interview on Fox News. “The president speaks in a very unique way, he’s a counterpuncher, he’s saying what is on his mind.”

Shifty Adam Schiff is a CORRUPT POLITICIAN, and probably a very sick man. He has not paid the price, yet, for what he has done to our Country!