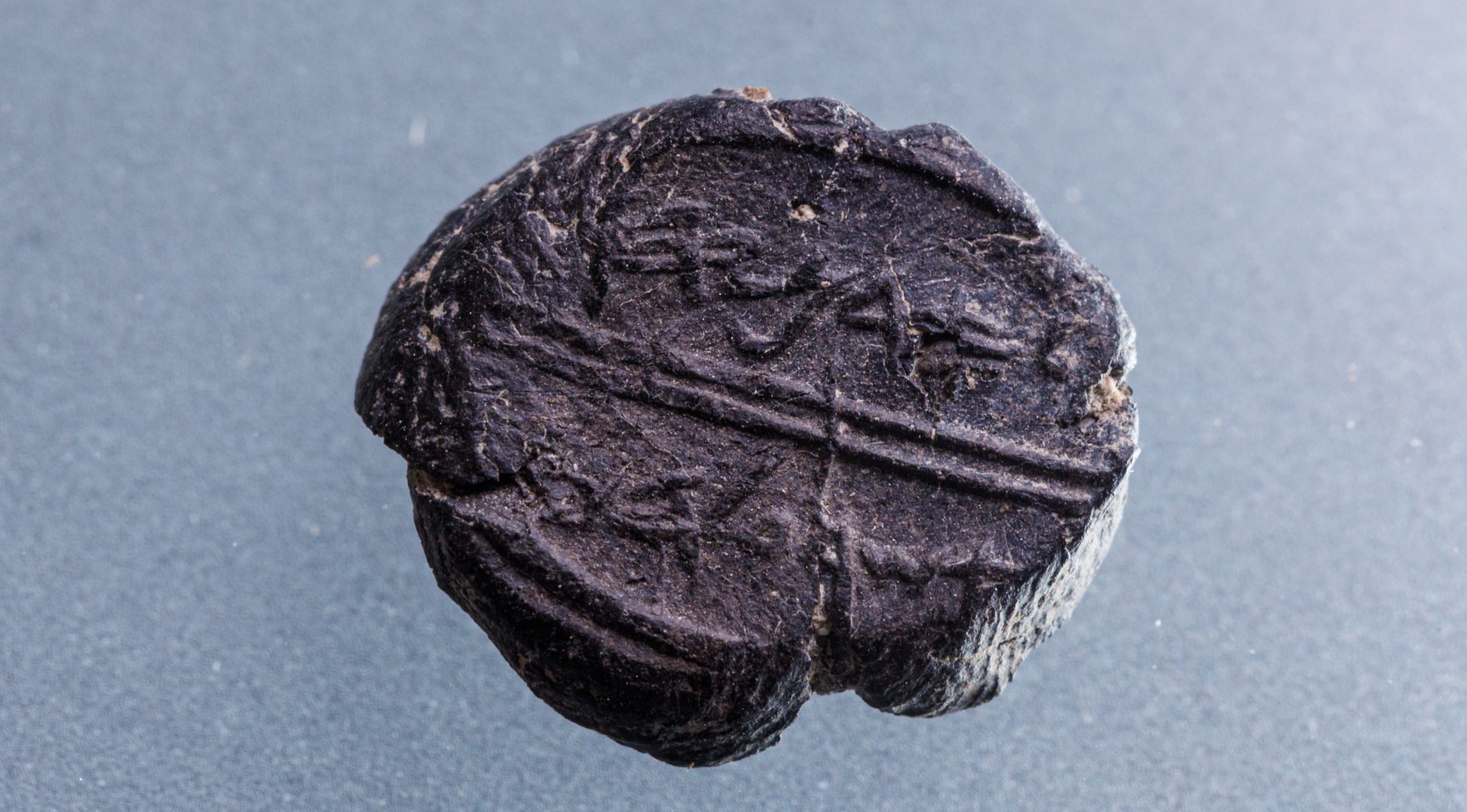 A 2,600-year-old seal bearing the Hebrew name and title "Adenyahu Asher Al Habayit" was discovered in dirt excavated in 2013 from beneath Robinson's Arch at the foundations of the Western Wall. (Eliyahu Yanai/City of David)
Advertisement

JERUSALEM (JTA) — A seal bearing a Hebrew name that is 2,600 years old was discovered by a volunteer sifting dirt excavated in 2013 from beneath Robinson’s Arch at the foundations of the Western Wall.

The seal, called a bulla, which was used to sign documents, bears the Hebrew name and title “Adenyahu Asher Al Habayit,” which literally translates as “Adenyahu by Appointment of the House” — a term used throughout the Bible to describe the most senior minister serving under the kings of Judea or Israel.

Archaeologist Eli Shukron, who conducted the initial excavations on behalf of the Israel Antiquities Authority just north of the City of David at the Foundation Stones of the Western Wall, in a statement called the discovery, the first of its kind in Jerusalem, “of great significance.”

The bulla is approximately 1 centimeter wide, and according to the type of writing that appears on it, dates to the seventh century B.C., which is the period of the Kingdom of Judea.

The name Adenyahu also appears several times in the Bible, including one of King David’s sons named in the Book of Kings and one of the Levites in the time of Jehoshaphat.

The seal was discovered by a teenage volunteer working with the City of David’s Archeological Experience.