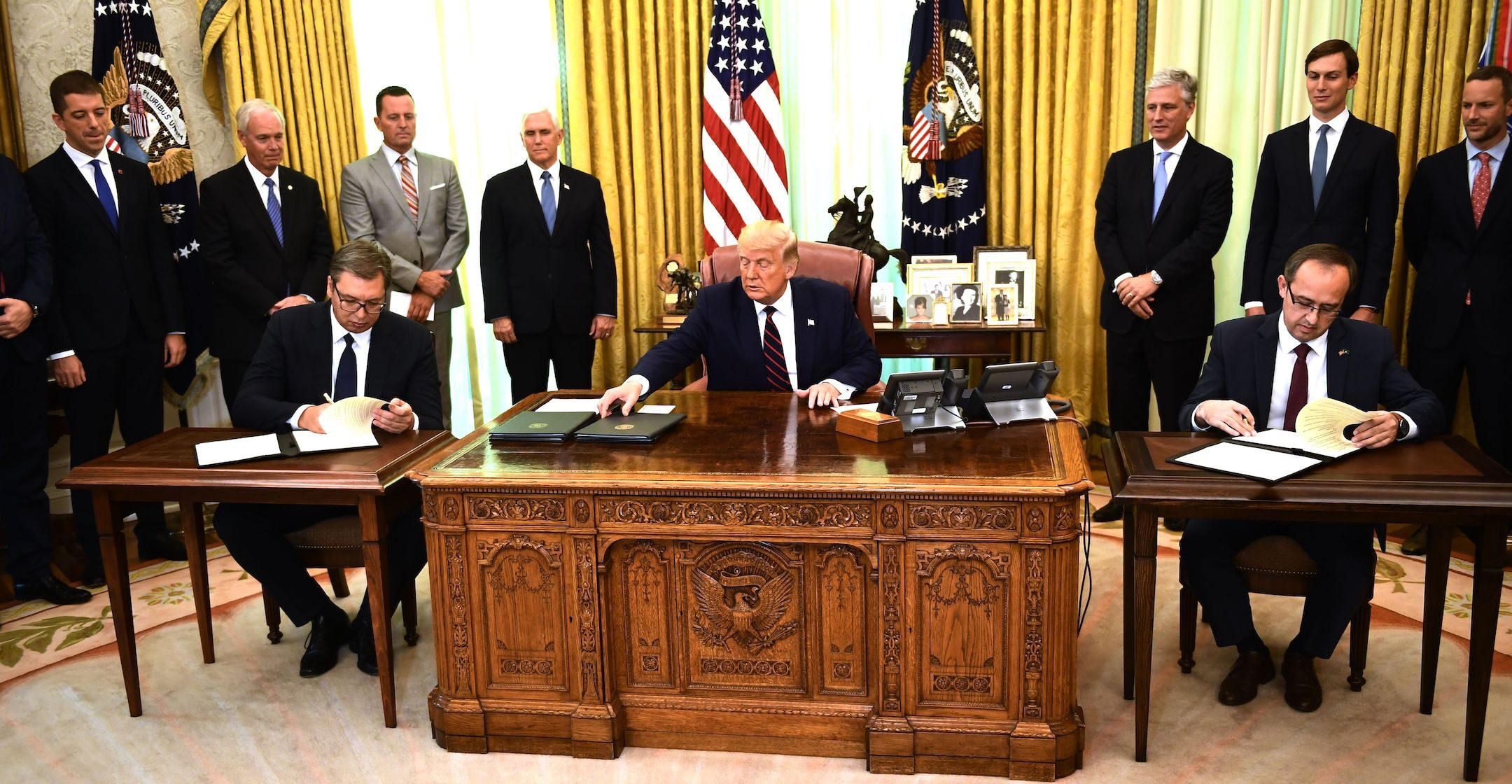 (JTA) — Serbia will not move its embassy to Jerusalem if Israel recognizes Kosovo as an independent country, according to two English-language Israeli publications.

The Times of Israel and The Jerusalem Post each cited unnamed sources who said that Israeli recognition of Kosovo would torpedo the Israel-Serbia relationship.

President Donald Trump announced that Serbia would move its embassy to Jerusalem in the next year, and that Israel and Kosovo will establish “full” diplomatic relations with Israel. The announcement came as part of the signing of separate agreements between Serbia and Kosovo, and the United States to normalize economic relations between the two countries.

Israeli Prime Minister Benjamin Netanyahu said in a statement after Trump’s announcement that Kosovo would also move its embassy to Jerusalem, which would make it the first Muslim country to do so.

“Diplomatic relations with Kosovo are one thing, recognition as an independent country is another thing entirely,” an unnamed Serbian source told The Times of Israel. “This would destroy the Israel-Serbia relationship,”

The Muslim-majority Kosovo declared its independence from the Christian-majority Serbia in 2008. A decade earlier, Albanian rebels from Kosovo fought Serbian forces in a war following the persecution of ethnic Albanians in Serbia.

Meanwhile, the European Union on Monday said that any efforts by the two countries to join the EU could be jeopardized by their opening embassies in Jerusalem. Serbia currently is a candidate to join the EU.

The EU’s policy is that the status of Jerusalem should be decided as part of peace negotiations between Israel and the Palestinians.

“There is no EU member state with an embassy in Jerusalem,” European Commission spokesman Peter Stano told The Associated Press. “Any diplomatic steps that could call into question the EU’s common position on Jerusalem are a matter of serious concern and regret.”