Sheldon Adelson to be buried on Jerusalem’s Mount of Olives 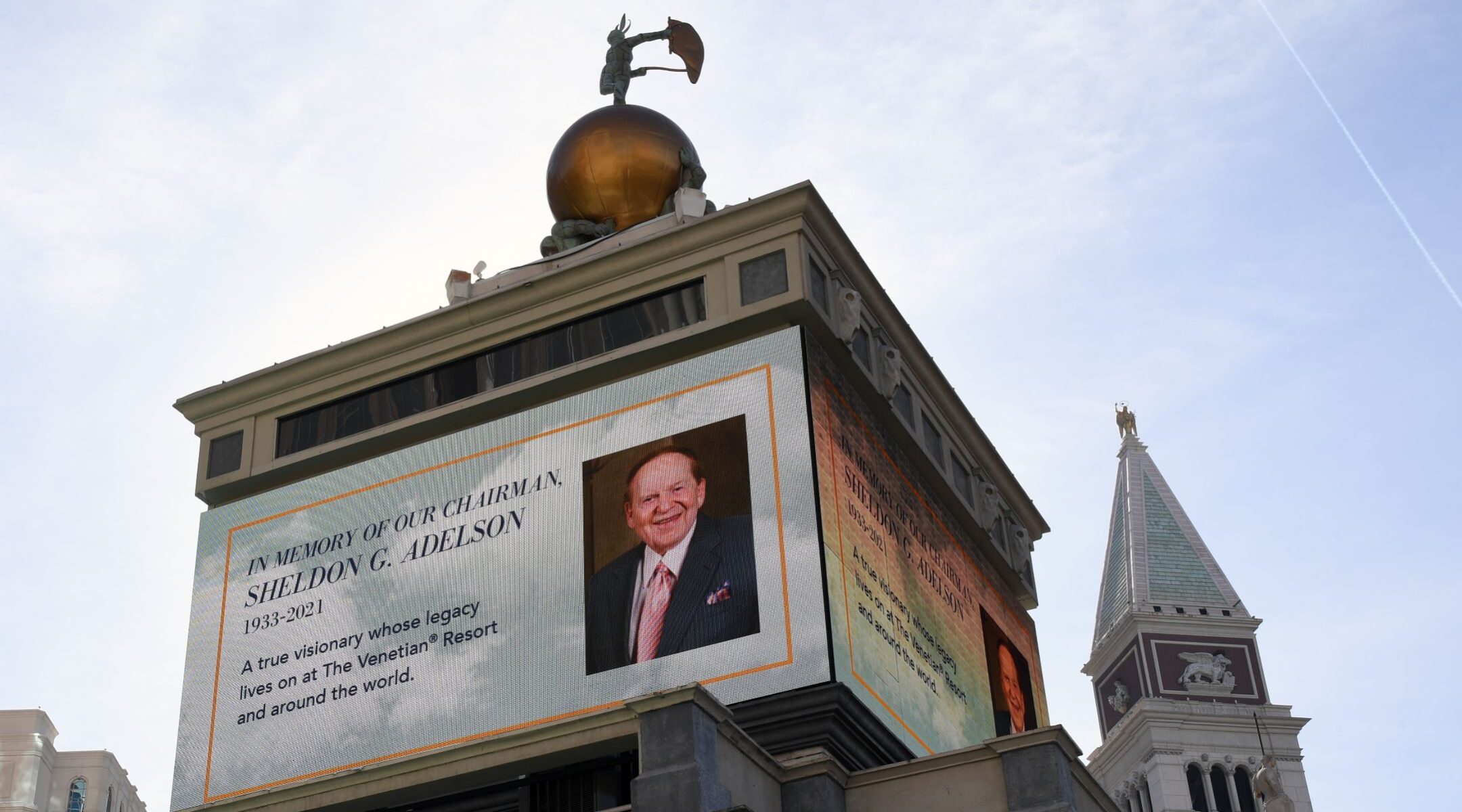 (JTA) — Sheldon Adelson, the billionaire who died this week and was a major funder of pro-Israel causes, will get the distinct honor of a Mount of Olives burial.

The Las Vegas Review-Journal, a newspaper Adelson owned, reported Thursday that Adelson would be buried in the venerated and ancient cemetery overlooking Jerusalem’s Old City.

Jewish families have buried their dead on the Mount of Olives since time immemorial. An estimated 150,000 people are interred there. In 2012, the authorities who run the cemetery said there is barely any room left.

The Las Vegas-based casino magnate, one of the world’s richest men, was a major giver to an array of Jewish causes, as well as a Republican kingmaker. His May 2016 endorsement of Donald Trump’s presidential candidacy was seen as making it legitimate for the GOP faithful to back the reality show star’s outlier bid.

Adelson was a principal backer of the Republican Jewish Coalition, which during his years of association with the group helped expand the Jewish Republican voting base.

The Journal reported on Adelson’s arrival in Israel and a brief moment at the airport that Prime Minister Benjamin Netanyahu, a beneficiary of Adelson’s largesse, spent with the casket draped in the U.S. and Israeli flags.

“This is a feeling of great emptiness and loss, but also a sense of comfort, knowing that he is no longer suffering and that he will soon lie in the Mount of Olives, in Zion, next to some of the greatest people of our nation,” his widow, Miriam, said in a statement.

Adelson will be buried Friday.