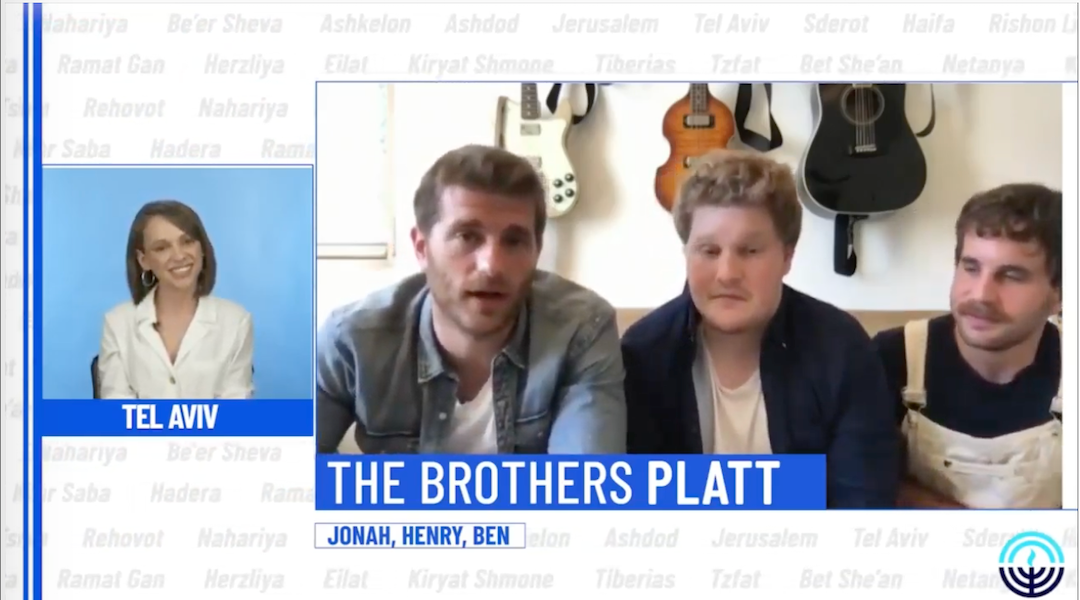 The hourlong ceremony, organized by the Jewish Federations of North America and broadcast on YouTube and Facebook, also featured a musical performance by Matisyahu and an appearance by prominent sex therapist Dr. Ruth Westheimer. Israeli President Reuven Rivlin also spoke to viewers. The program garnered over 100,000 combined views on Facebook and YouTube.

“I’m very proud to be part of a Jewish family that extends around the world,” Haas, who recently starred in the Netflix series “Unorthodox,” told Jewish Federations President Eric Fingerhut.

Malina cracked a joke and spoke in Hebrew before speaking.

Platt, who won the Tony Award for playing the titular character in the musical “Dear Evan Hansen,” appeared with his brothers Ben and Henry. The trio sang the Hebrew song “Ahavat Olam.”

The program also featured an update on how Israeli scientists are working to come up with treatments for fighting the coronavirus and a discussion by chefs from around the world about falafel.

“Although we cannot be together this year, this crisis has made us feel more than ever that we are one family with shared history, shared value and shared destiny,” Rivlin said toward the end of the celebration.