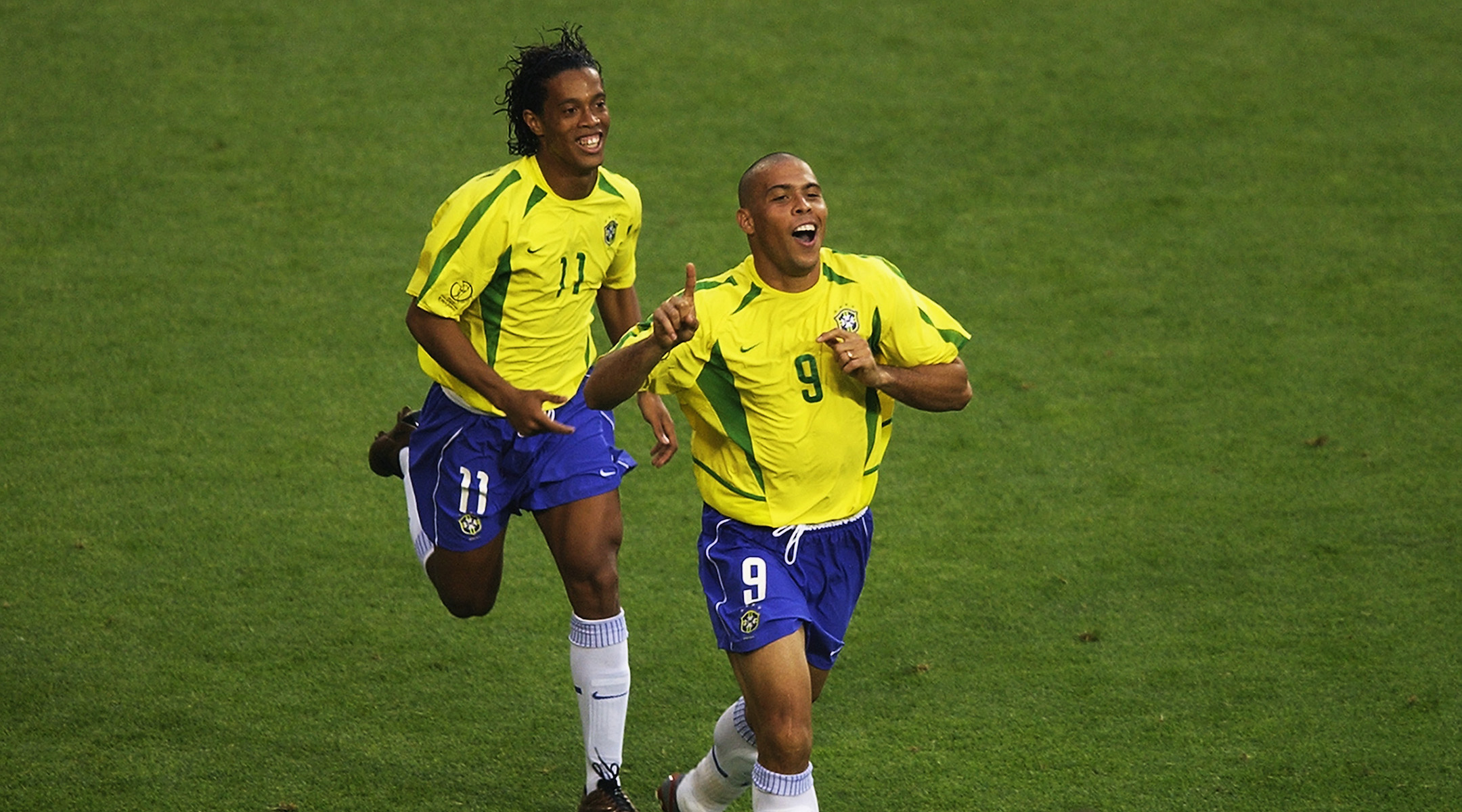 Ronaldinho, left, and Ronaldo celebrate a goal in a World Cup match between Brazil and Turkey in Ulsan, South Korea, June 3, 2002. Both stars are set to play in the "peace match" in Israel. (Clive Brunskill/Getty Images)
Advertisement

RIO DE JANEIRO (JTA) — Acclaimed former soccer players from both Brazil and Israel will play a friendly match in the Jewish state next year.

The “peace match” will be held on March 26 either in Jerusalem or Haifa. Organizers say Ronaldo, Ronaldinho, Rivaldo, Roberto Carlos, Bebeto and Emerson Palmieri are among the Brazilian former stars scheduled to play. Israeli stars include Eyal Berkovich, Haim Revivo and Walid Badir.

“Bringing together such influential global figures of the past and present proves that Israel is part of the world map,” Brazilian-born Mauro Rozenszajn, CEO of the Israeli company organizing the event, MTR7, told JTA from Jerusalem on Thursday.

In June, a much-anticipated exhibition game between the Argentine and Israeli national teams was canceled because, Argentine officials said, of physical threats made to their players — including megastar forward Lionel Messi.