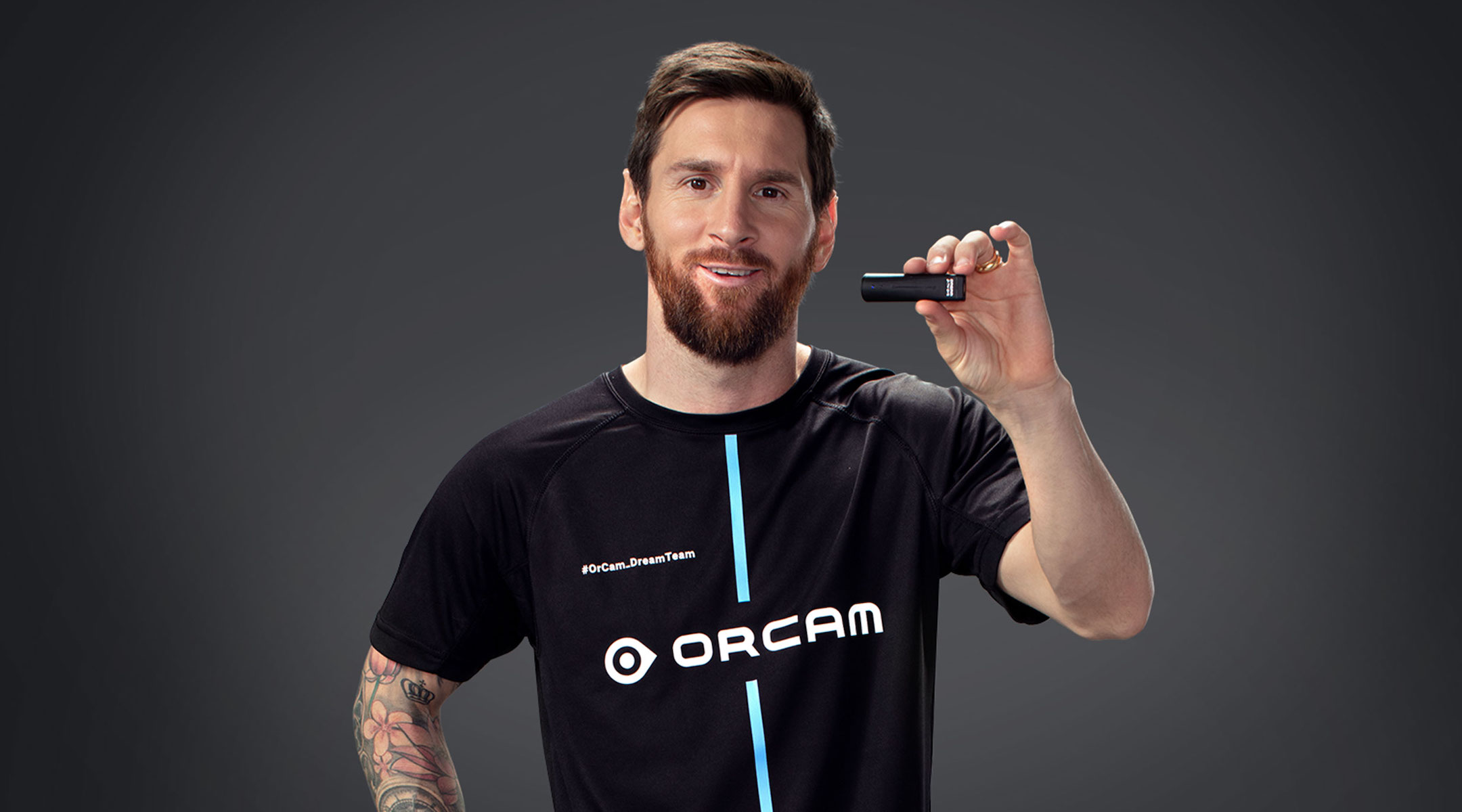 Lionel Messi in a promotional video for OrCam. (OrCam/Twitter)
Advertisement

(JTA) — Soccer star Lionel Messi is the new face of the Israeli company OrCam, which makes devices that help the visually impaired identify their surroundings.

“It’s a tremendous satisfaction to help improve the lives of blind and visually impaired people,” Messi said Wednesday in a promotional video. “OrCam My Eye is amazing! It’s magical.”

Messi, considered one of the best soccer players of all time, will be a brand ambassador for the Jerusalem-based company for three years.

This is not Messi’s first stint promoting an Israeli company. In December 2017, the Tel Aviv-based Sirin Labs hired him as its global ambassador. That company developed what it says is an ultra-secure mobile phone using blockchain technology.

OrCam was co-founded in 2010 by Amnon Shashua and Zvi Aviram, who also co-founded the self-driving car technology company Mobileye. OrCam devices attach to a user’s glasses frames and convert visual information into audio that is relayed to the user’s ear.

Messi has been to Israel at least twice — as part of his Barcelona squad’s “peace tour” in 2013, and for a match between his Argentina national team and Uruguay last year.