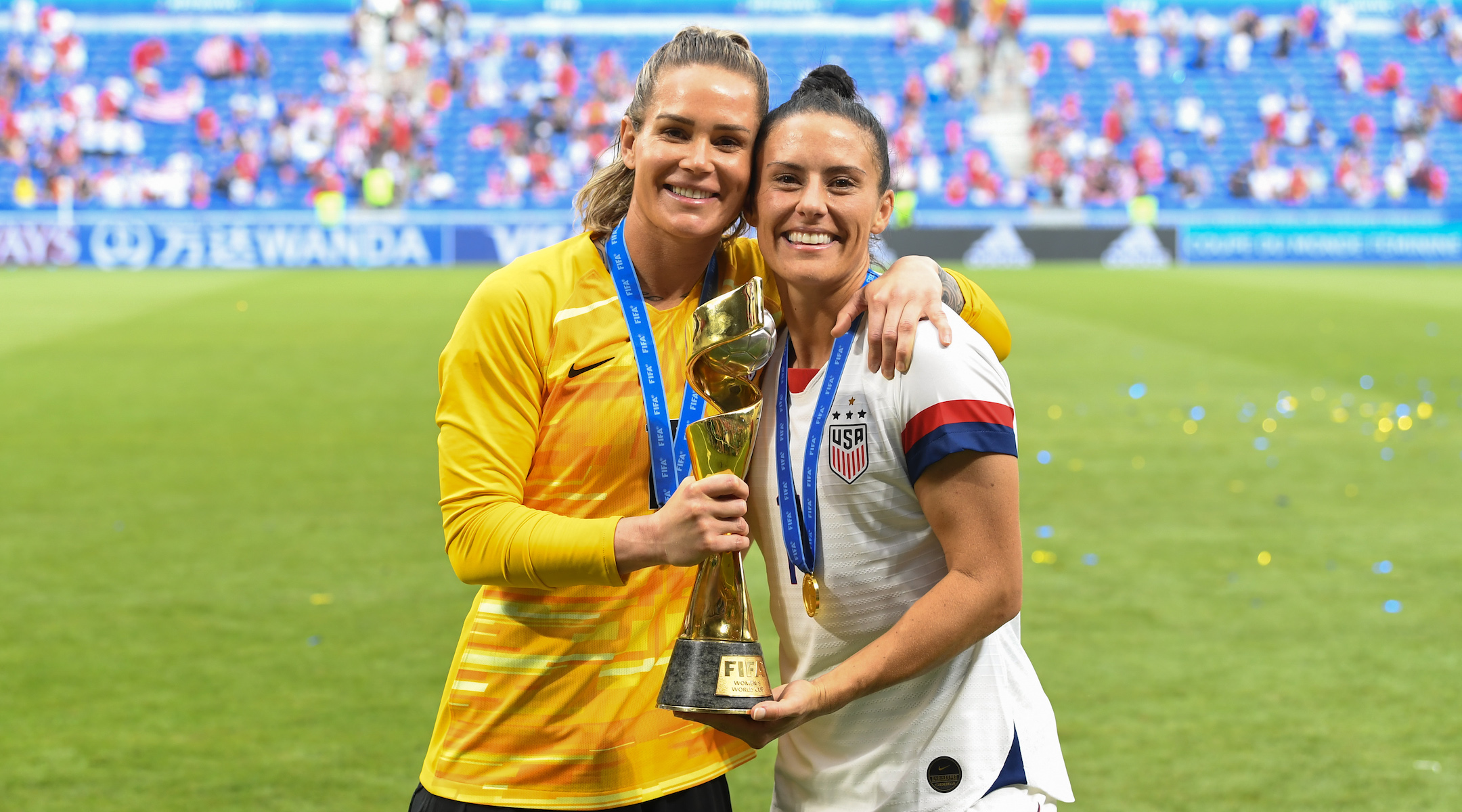 (JTA) — Another Israeli TV show is being remade for U.S. audiences: “GirlStar,” a reality show in which a group of celebrities train to beat various challenging teams at soccer.

Think “Dancing with the Stars,” but with soccer and more humor. You can watch an episode, in Hebrew, here.

Ali Krieger and Ashlyn Harris, members of the U.S. women’s national soccer team that won the World Cup this summer, are set to star as coaches and executive produce the remake.

The celebrities live, train and compete together over the course of the season. Each week, the celebrity team has a new challenge and plays against a new squad, ranging from groups of children to national league champions. Here’s a teaser of the most recent season in Israel.

“We are so thrilled to be partnering with real-life sporting heroes Ali and Ashlyn to front a show which aims to increase the visibility of women in football in a fun and original way,” Israeli co-creator Yaron Lictenstein told Deadline. “It’s become a phenomenon in its local territory and we can’t wait to bring ‘GirlStar’ to the U.S.”

Krieger, 35, and Harris, 34, are two of the most high-profile U.S. women’s soccer players and both play for the Orlando Pride of the National Women’s Soccer League. They were engaged in March.

“Ali and I are incredibly excited about the opportunity to work with powerful women in their own industries and introduce them to the sport that we love,” Harris told Deadline. “Soccer has given us so much, and we are excited to share that passion and knowledge with the world.”