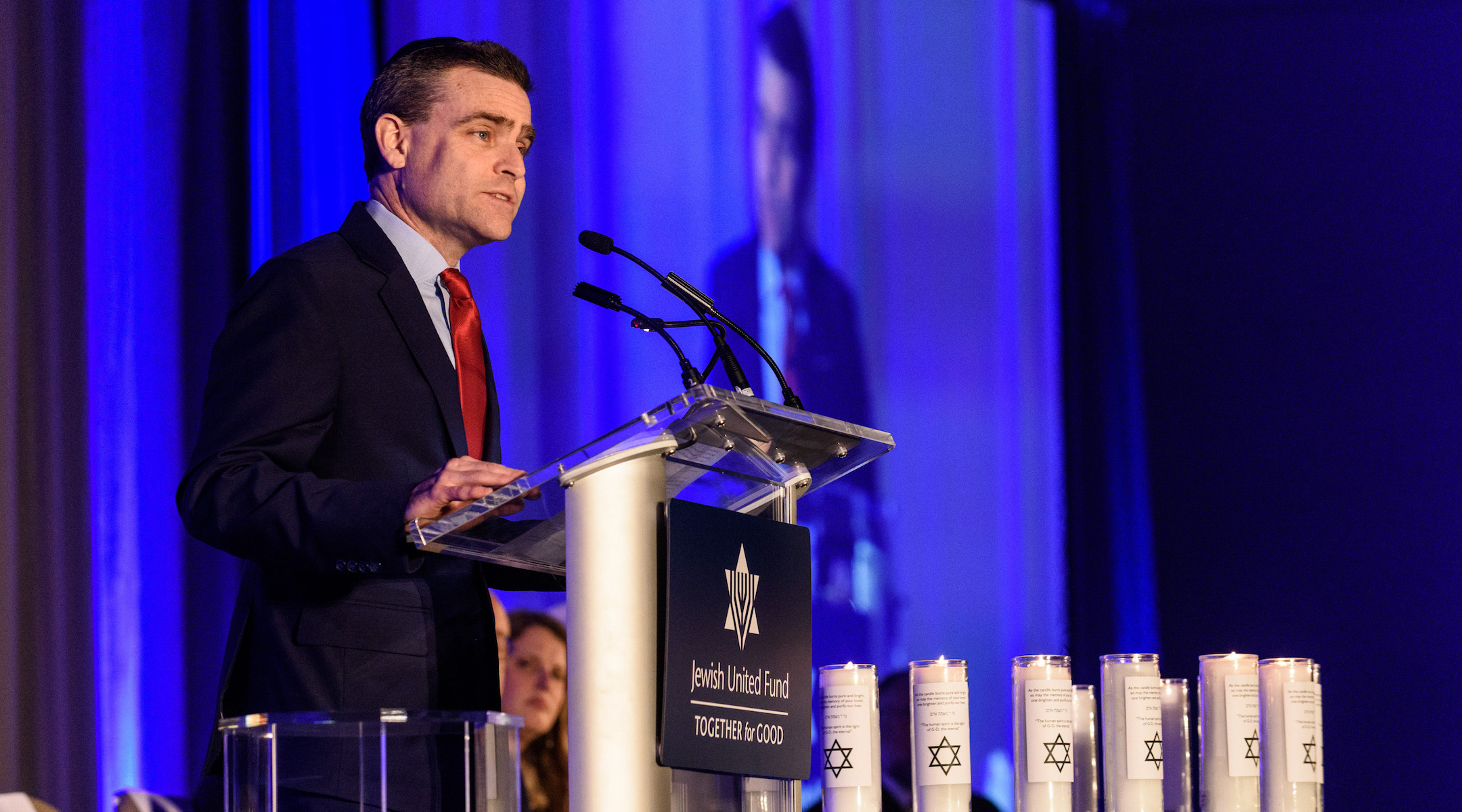 (JTA) — Chicago’s Jewish federation has chosen the son of its current top executive to be his successor.

Lonnie Nasatir has been named president-elect of the Jewish United Fund/Jewish Federation of Metropolitan Chicago, the fundraising umbrella announced Wednesday. He will succeed Steven B. Nasatir, his father and the longtime JUF/Federation president.

The elder Nasatir is one of the most powerful figures in the Chicago Jewish community. He is the longest-serving CEO of any Jewish federation, and, according to Haaretz, was one of the highest-paid as of 2015. His federation has increased its funding even as others have seen declining numbers. It also holds a large amount of structural influence in its area, running the state’s network of campus Hillels and owning property.

Lonnie Nasatir, who will take over the role  on July 1, 2019, has served as the Anti-Defamation League’s Regional Director of the Greater Chicago/Upper Midwest area since 2005. He is a former prosecutor and served in various state government posts before joining the ADL.

“We are absolutely delighted with the stellar qualifications Lonnie brings to this role,” said Michael H. Zaransky, immediate past chairman of the federation and chair of  its search committee, in a statement. “With an exceptional track record as a community leader, Lonnie will bring extraordinary vision, energy and commitment to bear in leading this Federation and our Chicago Jewish community.”

“We interviewed dozens of exceptional candidates, and were thrilled with the caliber of leadership represented,” said Lester Crown, a leading local philanthropist and member of the search committee. “Lonnie was simply the best of the best.”

The federation has distributed nearly $7 billion to charitable causes since Steven Nasatir took the job in 1979. According to Bloomberg, it is the largest social service agency in Illinois. Among its recipients is 70 Faces Media, JTA’s parent organization.