Star of David stolen from Holocaust monument in northern Greece 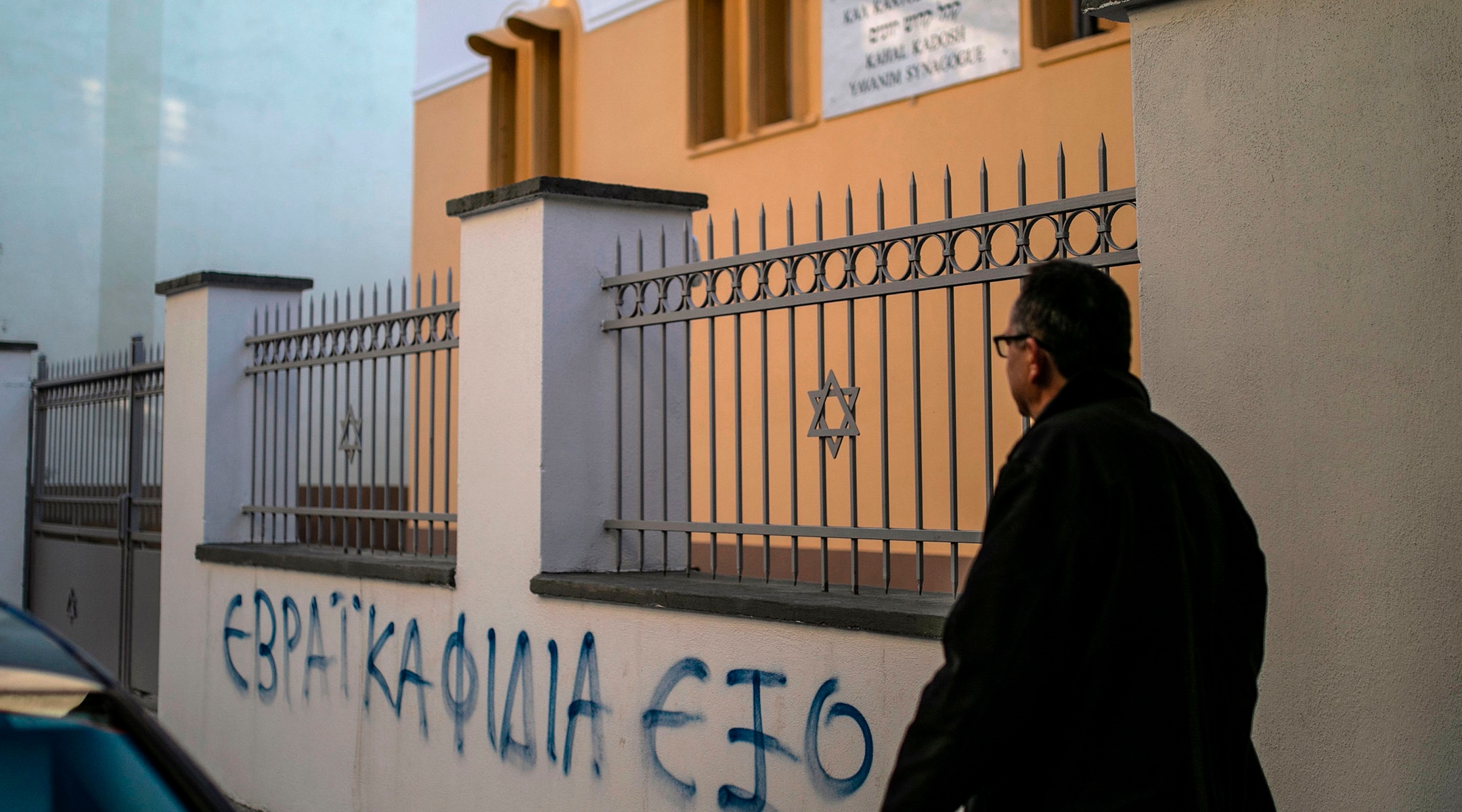 A man walking past a slogan reading "Outside the Jewish Snakes" on the fence of the synagogue of Trikala, Greece on December 31, 2019.(Lefteris Partsalis/AFP via Getty Images)
Advertisement

(JTA) — A monument to Holocaust victims was vandalized in a Greek city whose synagogue was the target of an anti-Semitic attack last week.

The perpetrators of the latest incident in Trikala, a city in northern Greece that once was home to one of the country’s oldest Jewish communities, stole the Star of David from the monument, AFP reported Friday. The fencing around the monument was also torn down.

The same monument was vandalized twice in 2019.

Last week, slogans including “Jewish snakes out,” were painted in bright blue on an outside wall of the city’s synagogue.

The vandalism has caused “outrage and deep sadness,” the Central Jewish Council of Greece, or KIS, said in a statement.

In October 2018, eight tombstones at a Jewish cemetery in Trikala were smashed. The cemetery has some of Greece’s oldest tombstones, including some erected more than 450 years ago. About 40 Jews lived in the city of some 81,000 at the time of the vandalism.