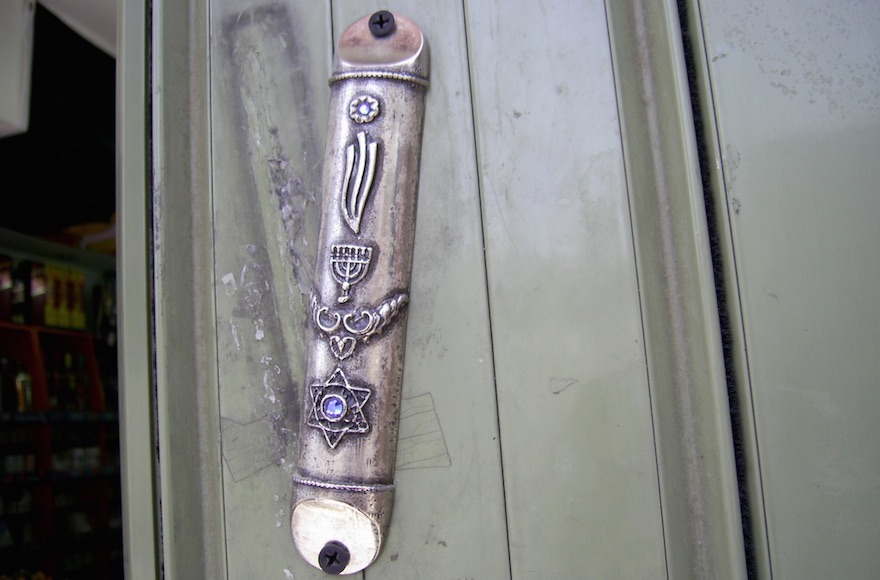 (JTA) — Israel’s chief Ashkenazi rabbi asked Jews to stop kissing mezuzahs because of the coronoavirus, while a major European rabbinical group published its own directives to contain the spread of the illness.

Rabbi David Lau’s statement on Wednesday said that “as we see the unfortunate spread of a terrible disease, certainly one shouldn’t kiss mezuzahs or even touch them. Reflecting upon the verses written in the scroll will suffice.”

A mezuzah is a piece of parchment containing a small scroll with scripture that Jews nail to doorframes. Many observant Jews touch and kiss the object, though it is not required by halacha, the laws of Orthodox Judaism.

Also Wednesday, the Conference of European Rabbis published a list of recommendations — including avoiding kissing mezuzahs, Torah scrolls and other people — to worshippers on how to contain the spread of the coronavirus.

The group said anyone feeling unwell should avoid coming to synagogue and that everyone should “avoid shaking hands if possible.”

Its letter recommended washing hands frequently and sanitizing one’s immediate surrounding. It also advised readers to “not panic” and to consider that “wearing masks is much less important” than the other directive as the virus’ ability to travel airborne is limited.

About 3,200 people have died globally and more than 90,000 have been diagnosed as having been infected, the vast majority in China, where the virus emerged late last year, BBC reported.

The World Health Organization has so far stopped short of declaring a pandemic.

Israel has ordered all recent travelers from Italy, Germany and France to enter self-quarantine.