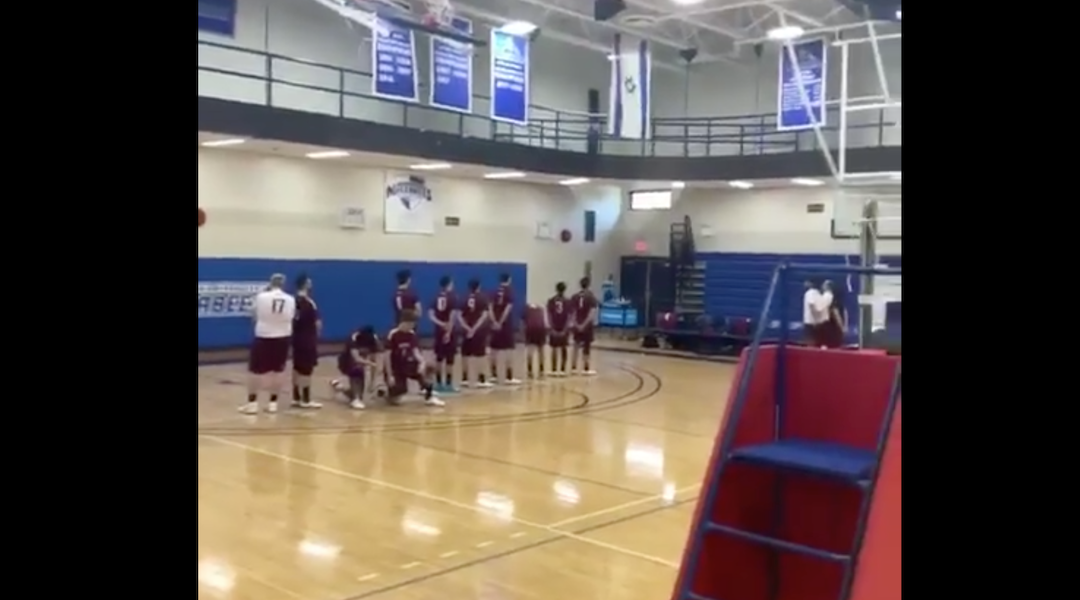 (JTA) — Two volleyball players from Brooklyn College took a knee during the playing of “Hatikvah,” Israel’s national anthem, before a match at Yeshiva University.

The controversial protest gesture by Omar Rezika and Hunnan Butt was captured on video and posted on social media.

“Brooklyn College strongly condemns all forms of Anti-Semitism and hatred. The two students who knelt during the national anthem did not refuse to shake hands with players from the other team,” a Brooklyn College spokesperson told the YU student newspaper, the Observer. Their kneeling is protected by the First Amendment.”

Ari Berman, the president of Yeshiva University, told the Observer: “It is unfortunate that some members of the opposing team disrespected Israel’s national anthem. We are proud to be the only university who sings both the American and Israeli national anthems before every athletic competition and major event. Nothing makes me prouder to be an American than living in a country where our religious freedom, our Zionism and our commitment to our people will never be impeded and always be prized.”

The kneeling gesture was made popular several years ago by one-time NFL quarterback Colin Kaepernick, who would kneel during the playing of the American national anthem to protest the treatment of minorities in the United States.

Post game, the same players refuse to shake the hands with the Yeshiva (i.e. Jewish) players.#Antisemitism at its finest! pic.twitter.com/9SoIoQNOJe