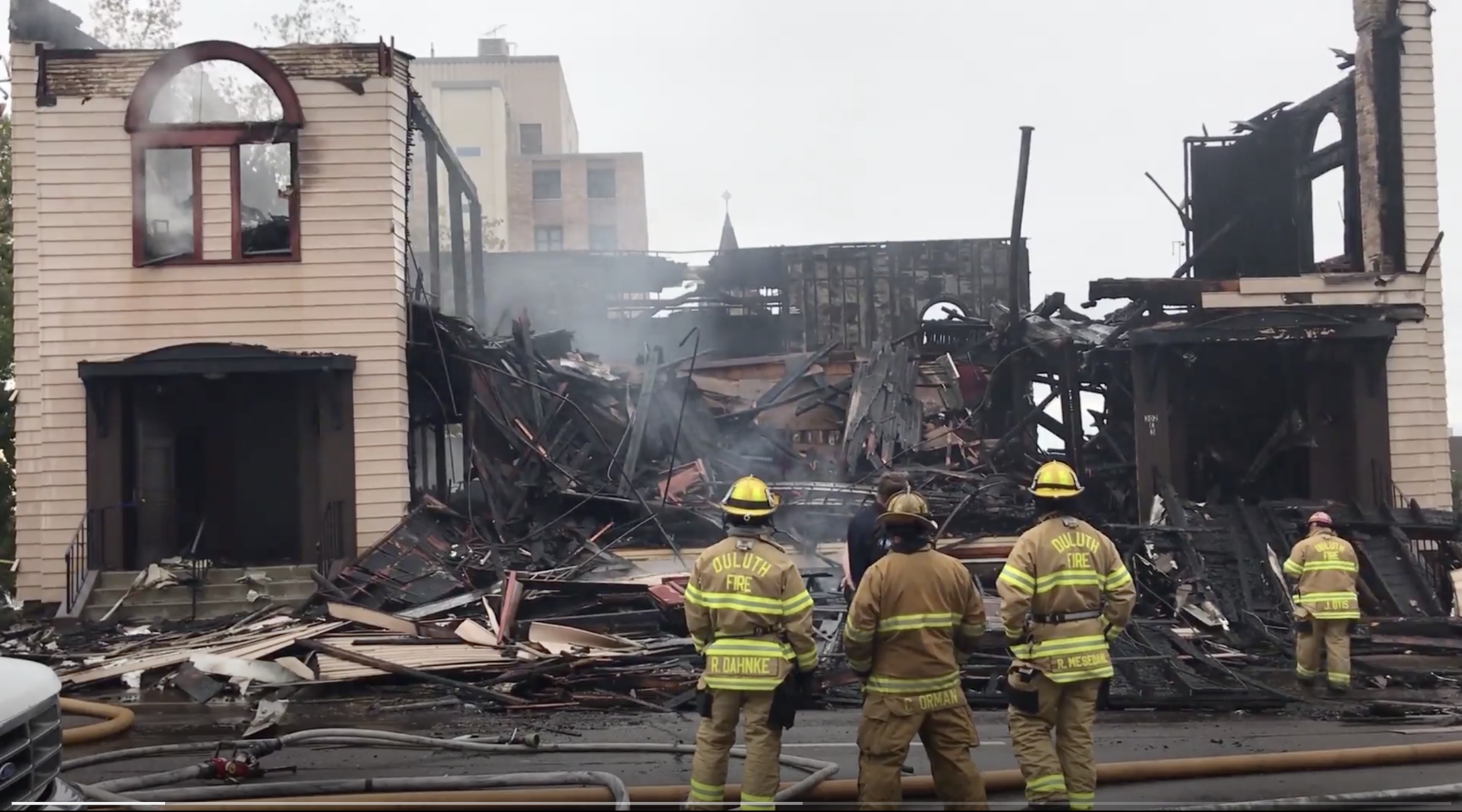 (JTA) — A suspect was arrested in connection with the fire that burned to the ground a historic synagogue in northern Minnesota.

The Adas Israel Synagogue in Duluth, Minnesota caught fire early on the morning of September 9. The building was more than 100 years old.

A news conference was held late on Sunday morning to discuss the case. It originally had been scheduled for Saturday, but was rescheduled in order to respect the Jewish Sabbath, the Duluth News Tribune reported.

Duluth Police Chief Mike Tusken said that Amiot has previous convictions for misdemeanor shoplifting and trespassing. Tusken also said that there is no evidence that the arson was a bias or hate crime, but added that “This may change as this investigation progresses.”

Duluth Fire Chief Fire Chief Shawn Krizaj said that no accelerant was found at the scene.

A criminal complaint is expected to be filed mid-week with the State District Court in Duluth.

“We became aware of the arrest heading into Shabbat and will continue working with the Duluth Police Department to inform the Jewish community of the nature of this arrest as the investigation continues,” Steve Hunegs, executive director of the Jewish Community Relations Council of Minnesota and the Dakotas, said in a statement Friday. “We will await issuing further comment until charges are filed. We wish the Duluth Jewish community a peaceful and restful Shabbat as we continue to offer our full support.”

The Modern Orthodox synagogue has around 75 members. The local Jewish federations have started a fundraising campaign on behalf of the synagogue, and another local synagogue, Temple Israel, has offered Adas Israel temporary space.

Eight of the synagogue’s 14 Torah scrolls were rescued from the blaze.