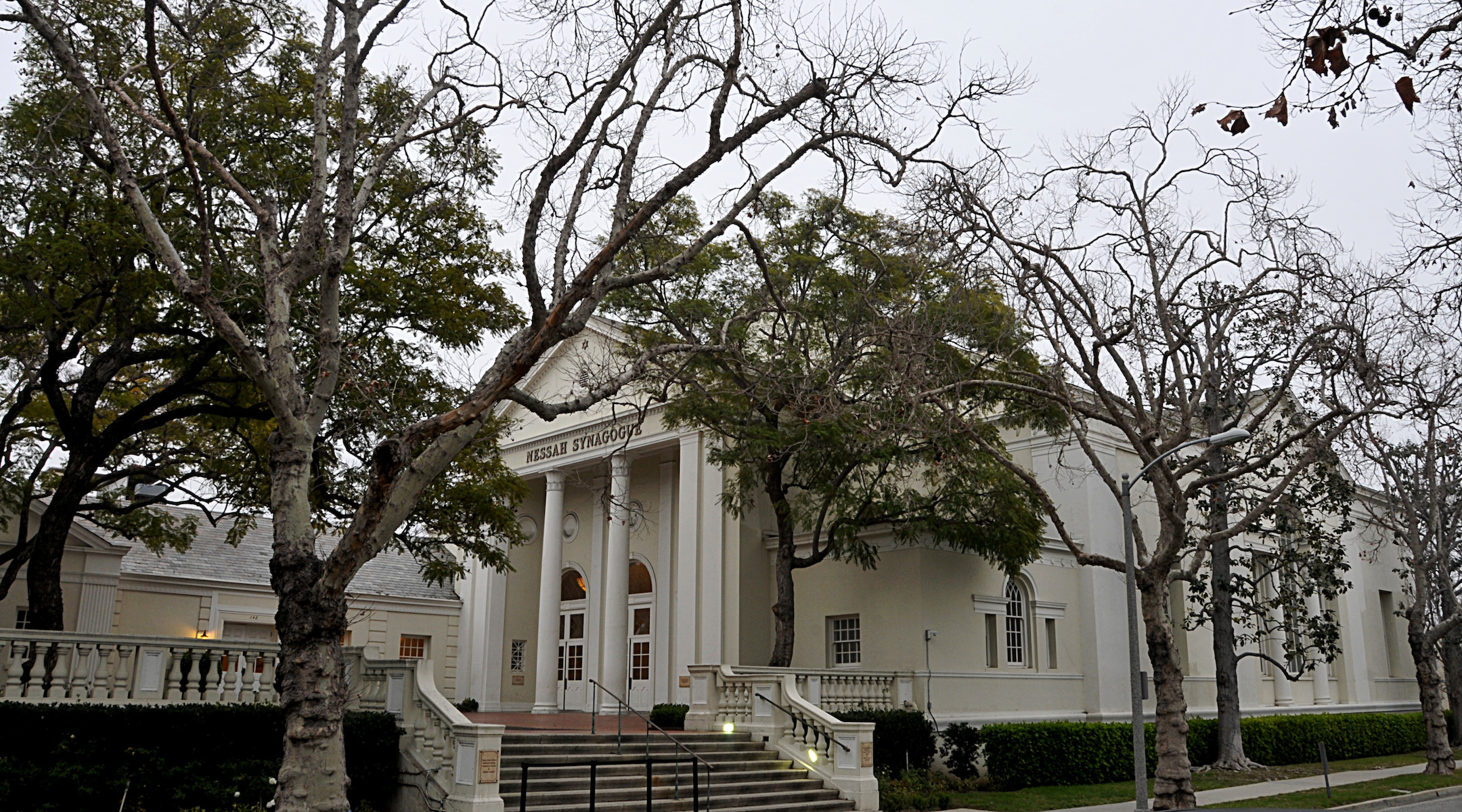 The exterior of the Nessah Synagogue. (Toglenn/Wkimedia Commons)
Advertisement

(JTA) — Police have apprehended a suspect in the vandalism of a Beverly Hills synagogue.

The Beverly Hills Police Department announced on Wednesday evening that they had identified Anton Nathaniel Redding, a 24-year-old Pennsylvania native, from surveillance camera footage taken from the Nessah Synagogue on Saturday.

Shortly after being identified, Redding was located in Hawaii and detectives traveled there to take him into custody in collaboration with local law enforcement. He is being held without bail pending an extradition hearing, after which he will be tried in California for vandalism of a religious property and commercial burglary. Both charges could bring higher sentences than usual because Redding’s actions are being prosecuted as a hate crime.

We are pleased to announce that that an arrest has been made in connection with the Nessah Synagogue vandalism. pic.twitter.com/A5igOJ3irk

Photos of the damage posted to Twitter over the weekend showed a Torah scroll unrolled, crumpled and torn at the seams, as well as broken glass and a torn page from a prayer book. A police statement on Saturday said the vandal now identified as Redding “moved throughout the sanctuary, heavily ransacking the interior.” The statement said the vandal overturned furniture and caused very limited structural damage.

“I said we would catch this guy and we did,” Mayor John Mirisch said in a statement announcing the arrest, lauding the “superb work” of his police department.

He added: “Our thoughts remain with the Nessah community as they work to move forward from this terrible crime.”