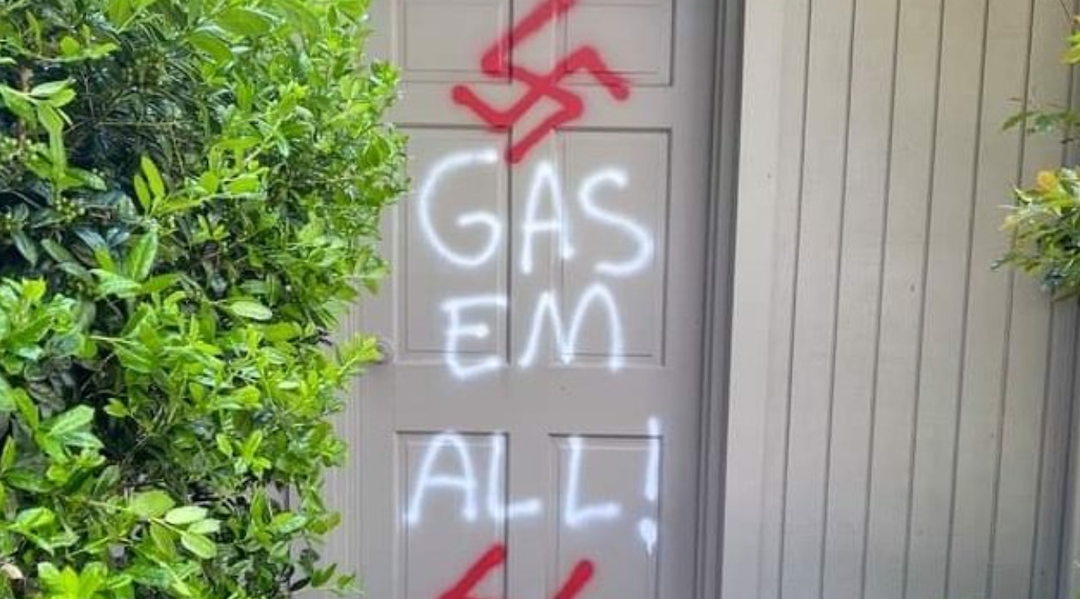 (JTA) — A synagogue in Huntsville, Alabama, was vandalized on the first night of Passover with neo-Nazi graffiti.

Among the graffiti spray-painted sometime over Wednesday night on the Etz Chayim Synagogue, a Conservative congregation of about 60 families in South Huntsville, were “F*** Kikes,” “Gas Em All,” “White Power,” “Jew Scum” and “Holohoax.” Several swastikas and the lightning bolt symbol of the Nazi SS also were spray-painted on the building and the property.

No services have been held in the building in recent weeks due to the coronavirus crisis, Southern Jewish Life Magazine reported.

The magazine reported that police are reviewing security camera footage but since it was raining at the time of the incident it is not easy to identify the perpetrators.

“The City of Huntsville condemns anti-Semitism in the strongest possible terms,” Mayor Tommy Battle said in a statement released Thursday.

“As a city, and as an inclusive community, we stand side by side with our Jewish brothers and sisters and people of all faiths. Any offense against one is an offense against all.”

I hope the scumbag(s) who did this is/are punished.