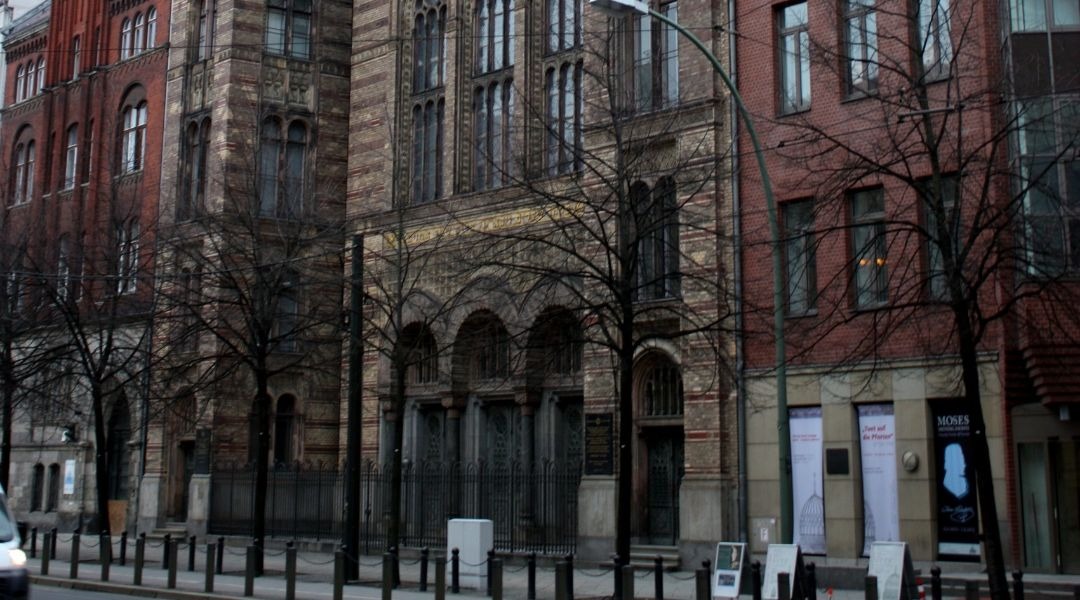 (JTA) — A man reported to be a Syrian refugee was stopped by security personnel as he ran toward the entrance of a synagogue in Berlin while brandishing a knife and shouting “Allahu Ahkbar,” or “God is Great” in Arabic.

The incident took place on Friday evening shortly before the start of Shabbat evening services at the Neue Synagogue in central Berlin and was reported by German media on Saturday. The phrase is frequently used by Arab terrorists.

The man, who was stopped by police using pepper spray, was identified by German police as Murad M, 23, from Damascus, with a residency permit ending in December 2020. He did not have a prior record and was released by police on Saturday morning. The investigation is continuing, however, according to German media reports.