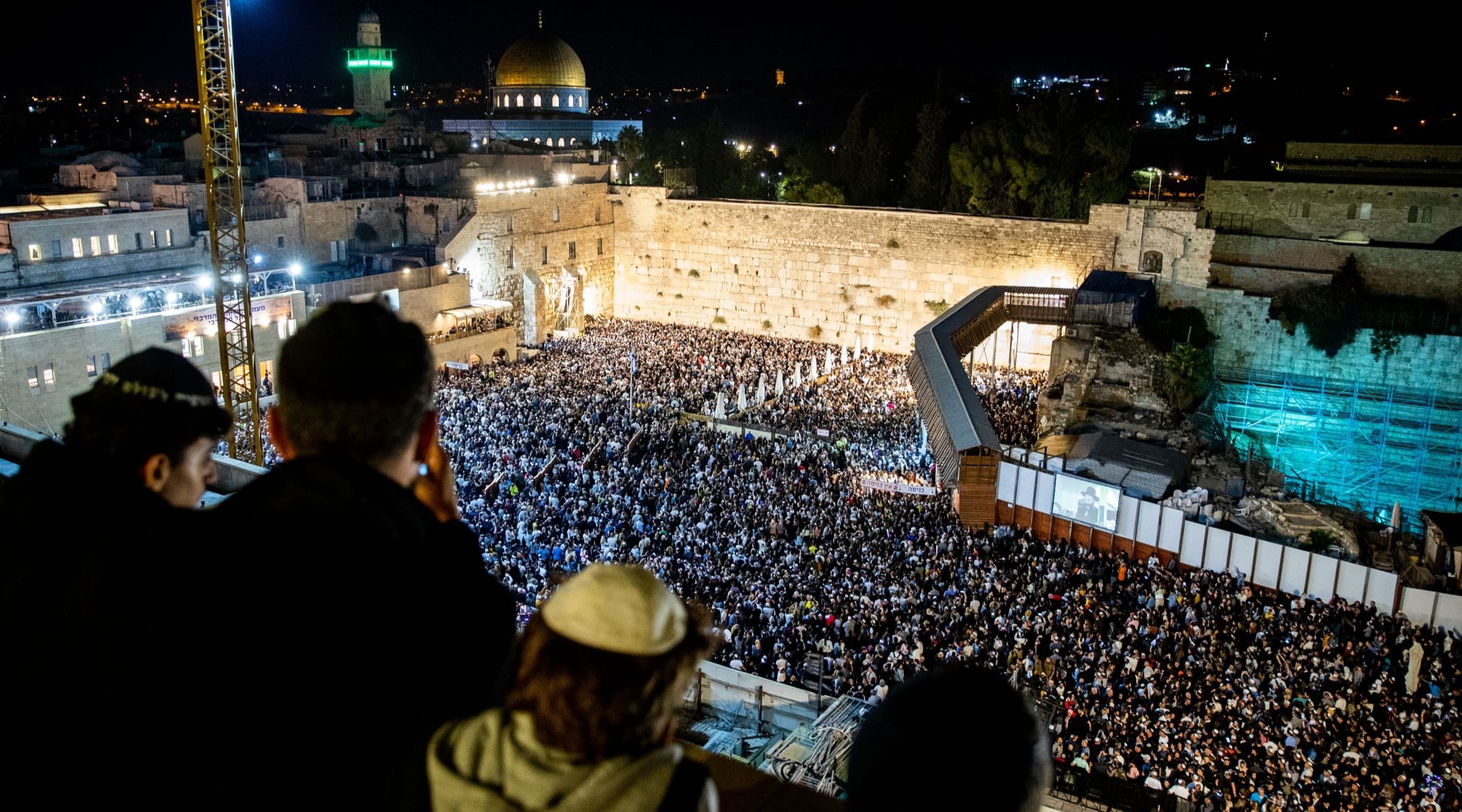 Thousands attend Selichot, or penitential prayers at the Western Wall in the Old City of Jerusalem early on Oct. 8, 2019, prior to the start of Yom Kippur. (Yonatan Sindel/Flash90)
Advertisement

JERUSALEM (JTA) — Tens of thousands of Jewish worshippers gathered at the Western Wall in Jerusalem for the final selichot, or penitential prayers, before Yom Kippur.

The services began after midnight on Tuesday morning, and brought worshippers from around the country.

Yom Kippur begins at sundown on Tuesday and lasts for 25 hours.

In Israel, the country grinds to a halt. All stores and shops close, and public transportation ceases until the end of the observance. Ben Gurion International Airport shuts down for the 25 hours of the holiday. Israeli television and radio channels and broadcasters also shut down their broadcasts until sundown on Wednesday.

Thousands of Israeli children and adults revel in the empty roads, filling them with bicycles.