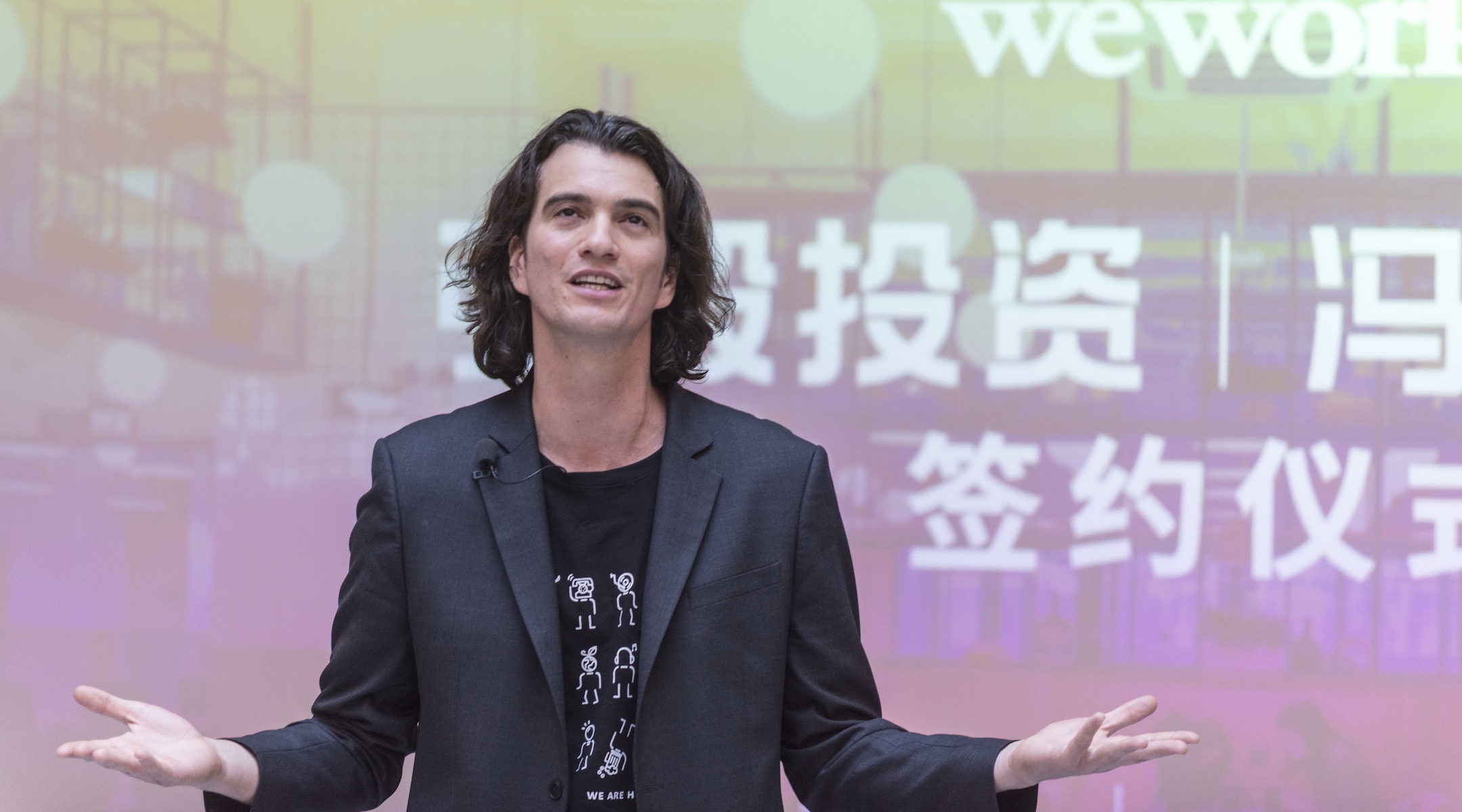 NEW YORK (JTA) — Two production companies are teaming up to make a film about WeWork and its founder, Adam Neumann.

Universal and Blumhouse Productions have fast-tracked a film written by Academy Award-winning screenwriter Charles Randolph, according to The Hollywood Reporter.

It is based on an upcoming book by journalist Katrina Brooker, who conducted in-depth reporting on the company and its recently ousted Israeli-American founder.

The film will examine Neumann’s relationship with Masayoshi Son, the CEO of the Japanese holding company Softbank, which recently took over the struggling company.

Neumann, 40, was forced out as chief executive of WeWork in September as the company’s value has plummeted.

SoftBank, which had invested billions in WeWork in 2017, closed a deal in October that gave it 80 percent ownership of the company. But the deal, which Son called “a mistake” last month, ended up costing SoftBank billions.

Neumann was heavily involved in the Kabbalah movement and made the mystical tradition, which draws from Jewish teachings, part of the office culture, including scheduling meetings on the 18th day of the month, seen as a more auspicious time. Vanity Fair reported recently that Neumann helped President Donald Trump’s senior adviser and Jewish son-in-law Jared Kushner on his Middle East peace effort.