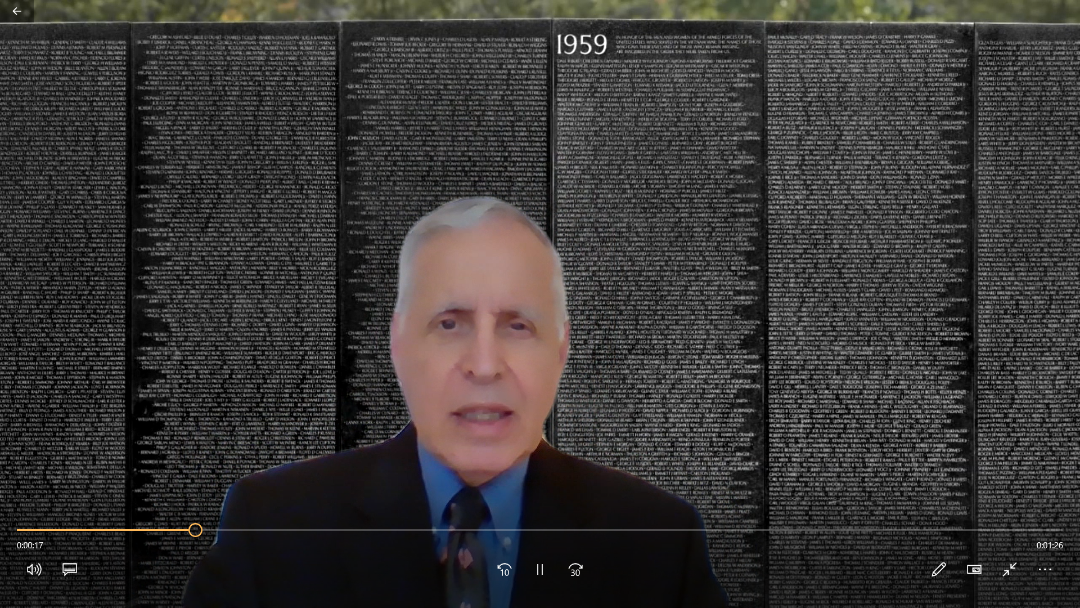 WASHINGTON (JTA) — In 1969, Arnold Resnicoff went straight from Dartmouth to the Mekong Delta with the U.S. Navy, and from there to the Jewish Theological Seminary to become a rabbi.

He was among a small group of veterans who advocated for the establishment of the Vietnam Veterans Memorial in the National Mall here, in part because he wanted to heal the wounds the war opened among Americans. In 1982, in uniform — he had reenlisted as a chaplain — he delivered the closing prayer at the memorial’s dedication.

Now he will deliver the invocation at the memorial’s first-ever virtual Memorial Day commemoration.

Resnicoff, 73, said he will allude to the coronavirus pandemic that is keeping veterans from attending the event in person, as well as the divisions that have stoked tensions among Americans in recent years.

“Almighty God, during this time of sickness, even as we seek a cure for illness that infects our bodies, we must battle hatred and injustice – evils that afflict our souls,” Resnicoff will say in a prayer he shared with the Jewish Telegraphic Agency.

“The Wall has become America’s version of the Kotel: sacred ground; holy space,” Resnicoff said in an email. “We leave notes at the Wall like we do in the cracks of the Kotel. So many people leave small memorabilia at the foot of the Wall that the National Park Service uses a warehouse to store them.”