A rabbi shot by a terrorist saved a woman while he was dying. Her family is keeping his name alive. 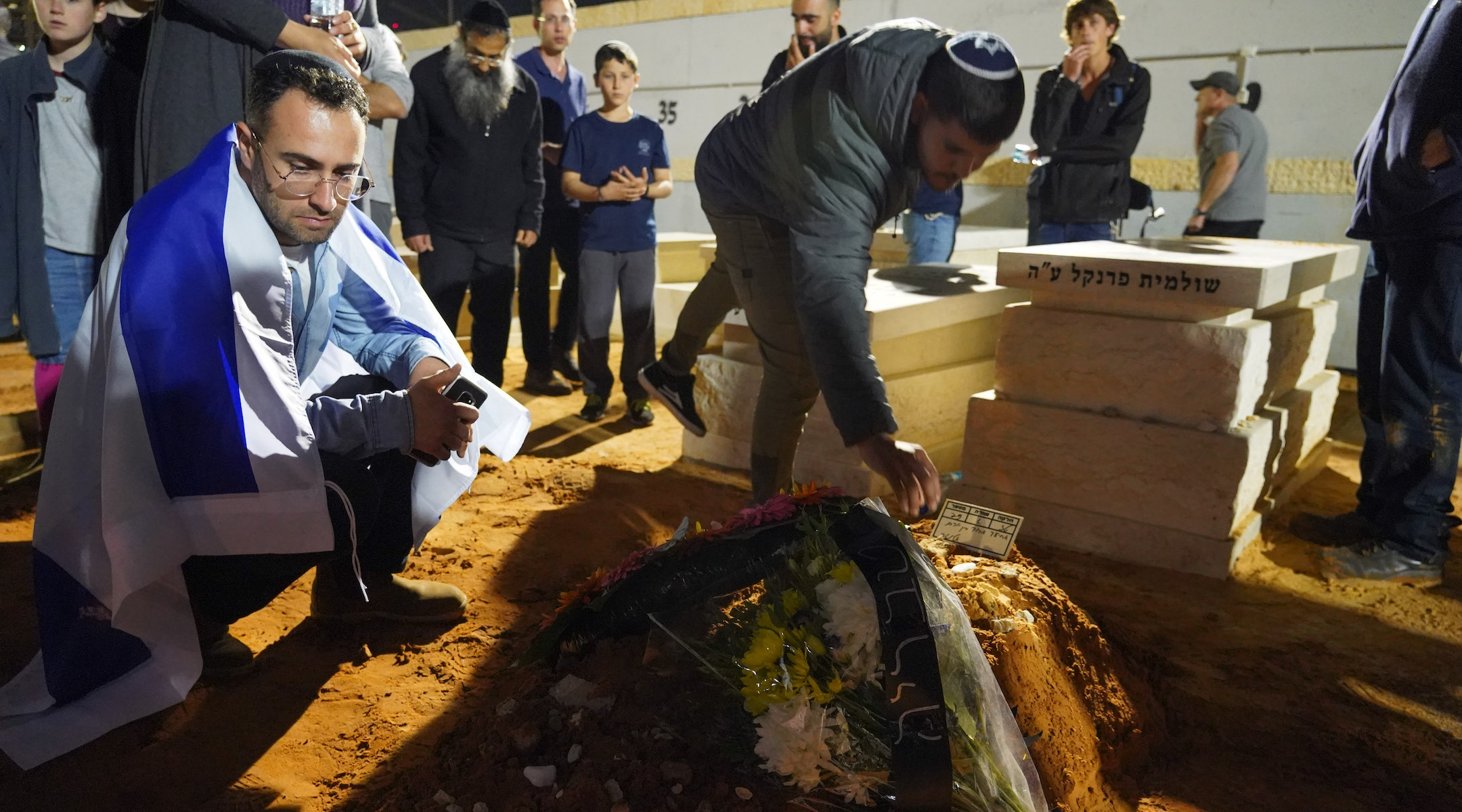 Family and friends mourn near the fresh grave of Rabbi Achiad Ettinger who died after being shot in a terror attack near Ariel, during his funeral at the Segula cemetery in Petah Tikva, March 18, 2019. (Hillel Maeir/Flash90)
Advertisement

JERUSALEM (JTA) — Rabbi Achiad Ettinger died a hero — the family of a woman he helped save is keeping the rabbi’s name alive.

The newborn grandson of the woman was named for Ettinger, who died of injuries suffered in a West Bank shooting by a 19-year-old Palestinian. Ettinger, a father of 12, still managed to fire four bullets at the attacker, and the shots diverted the gunman’s attention from the woman, The Yeshiva World News reported.

A video posted on YouTube shows Tuesday’s bris ceremony for the baby in the West Bank settlement of Itamar. A son of Ettinger served as the sandek, the person who holds the 8-day-old boy, and was given the honor of reciting the blessing to name the child. He is seen choking back tears as he confers the name Achiad on the baby.

An Israeli soldier — Lt. Gal Keidan, 19, of Beersheba — also was killed in the March 17 attack.

The gunman was killed three days later in a shootout with Israeli soldiers after they surrounded the house in which he had barricaded himself.