Thousands protest Netanyahu in Jerusalem — including a topless woman 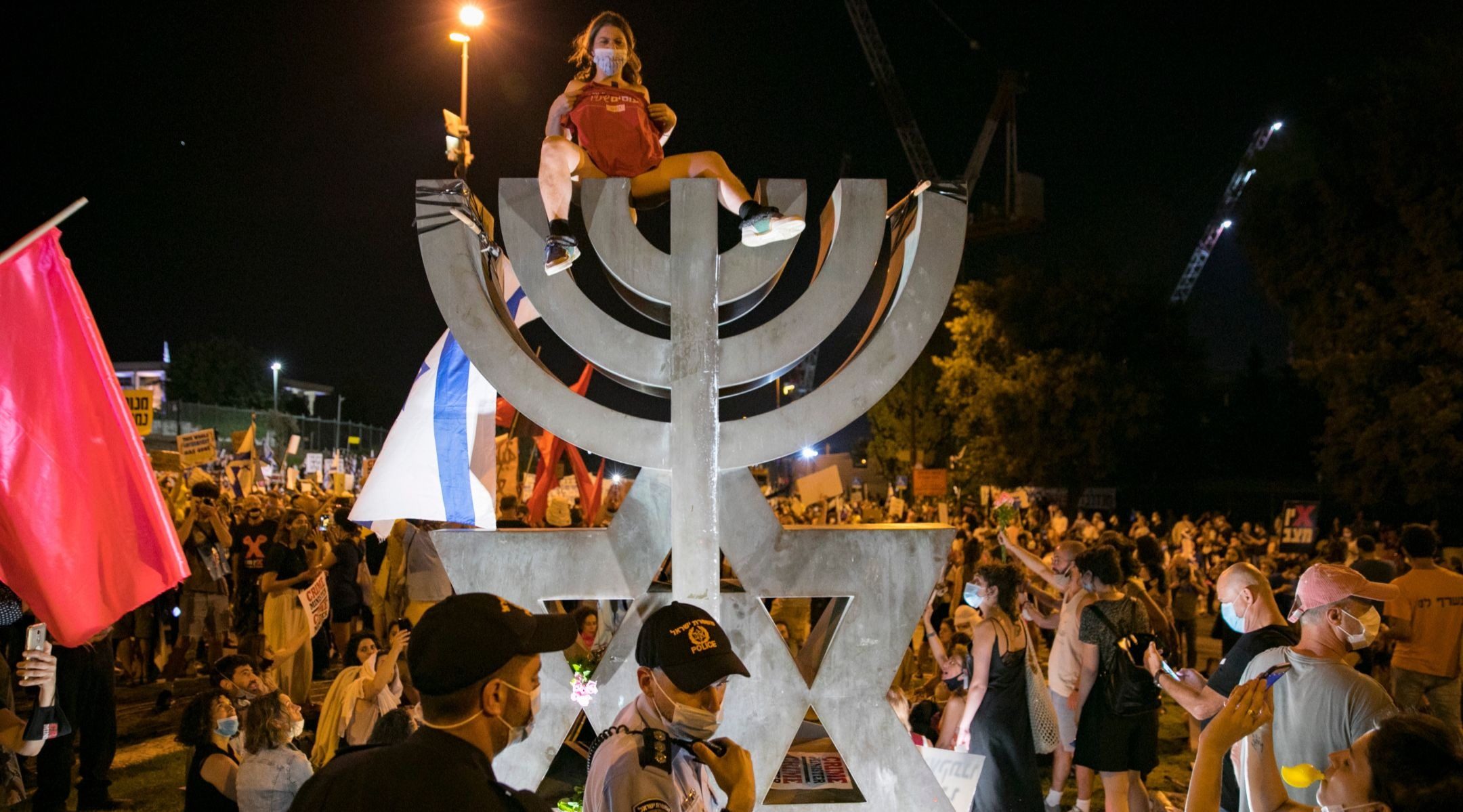 JERUSALEM (JTA) — Thousands gathered in Jerusalem to protest Prime Minister Benjamin Netanyahu and the actions of his government, including a woman who removed her shirt and sat topless at the top of a menorah sculpture.

Some 34 demonstrators were arrested in clashes with police when the protest Tuesday night moved from the Knesset to outside of the prime minister’s residence after midnight.

The protesters came from a group opposed to the economic policies of the government in the wake of the coronavirus crisis to those calling on Netanyahu to resign due to several corruption cases against him. There have been daily and weekend protests in front of the prime minister’s residence and in Tel Aviv, as well as some smaller cities in recent weeks.

Restaurant owners demonstrating to be allowed to reopen despite tightened regulations to prevent the spread of the coronavirus operated a free buffet for the protesters.

The young woman who removed her shirt said it wasn’t something she planned. The social work student climbed the sculpture near the Knesset — not the iconic menorah outside of the building.

“It is a shame that a woman’s breasts can make such huge headlines, and even lead to a response from the Knesset speaker, even while the country is on fire and there are more than a million unemployed,” she told the Kan public broadcaster.

Knesset Speaker Yariv Levin had called for her arrest.