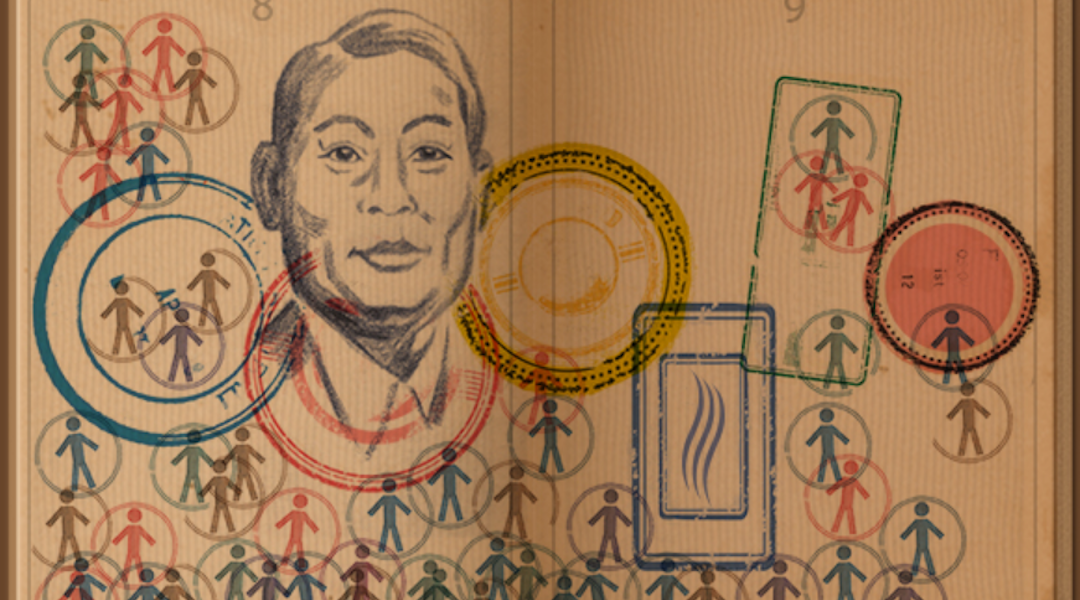 (JTA) — Monday’s Google doodle is of Chiune Sugihara, the Japanese diplomat stationed in Lithuania during World War II who defied the Nazis by issuing life-saving visas to thousands of Jews.

The Simon Wiesenthal Center estimates that as many as 40,000 people are alive today because of Sugihara’s efforts, which put his own career in danger. He ignored orders from Tokyo and helped Jews escape to places like Curacao, via Russia, China and Japan.

“He assumed a few people, maybe a few dozen, had actually used the visas to escape,” his son Nobuki told the Jewish Telegraphic Agency in May. “He truly did not realize the magnitude of his actions until much, much later in life.”

The doodle, drawn by Matthew Cruickshank, is only being shown in Canada, Israel, Japan, Iceland, Ireland, the United Kingdom, Germany, Poland, Lithuania, the Czech Republic, Germany and Slovakia.

“Sugihara spent 18-20 hours a day processing visas in order to save people,” Cruickshank told Google. “Anybody who worked so hard with such sacrifice deserves to be seen by as many people as possible.”