Tram in Cologne, Germany gets giant Star of David and ‘shalom’ stickers to celebrate 1,700 years of German Jewish life 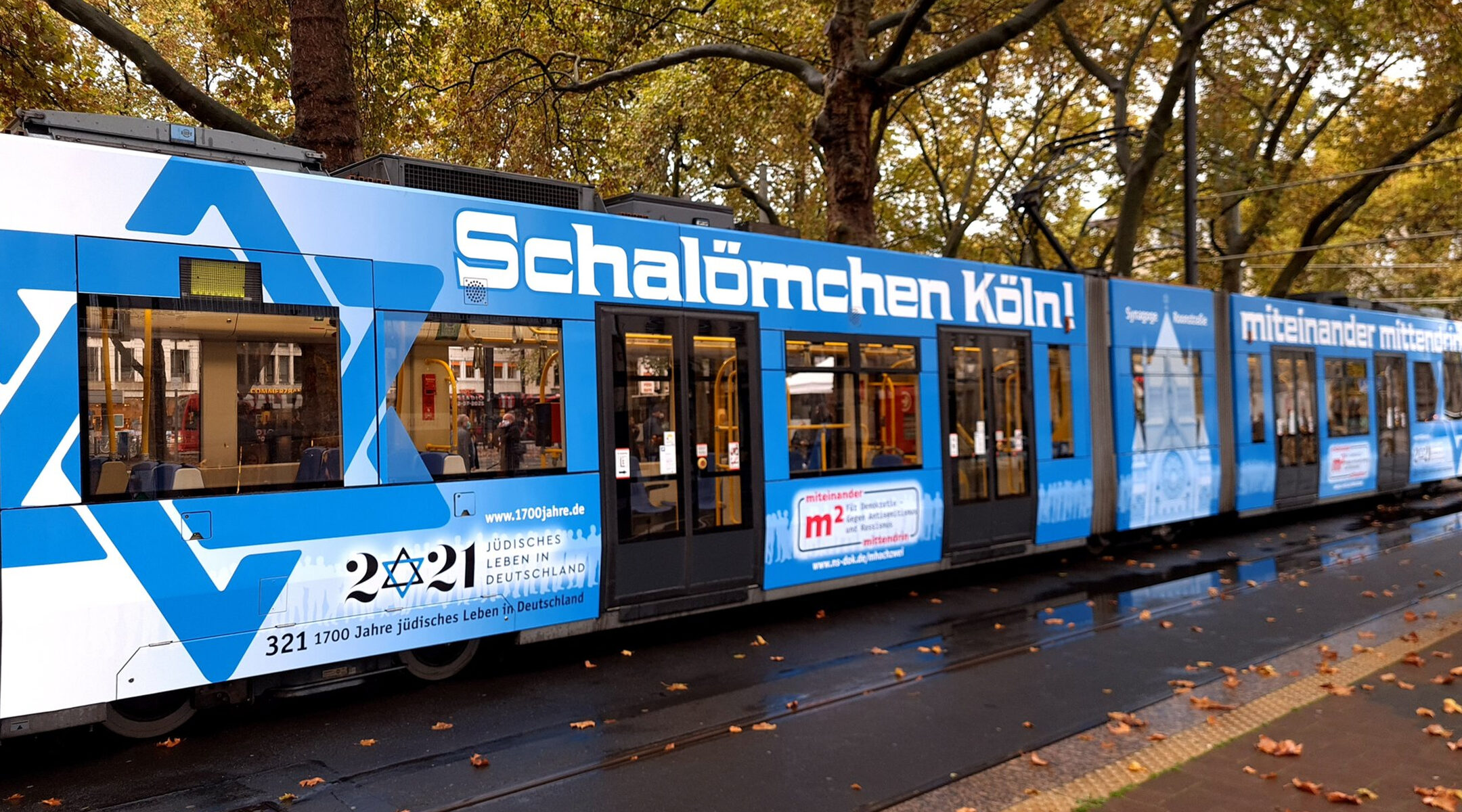 A tram featuring Star of David stickers pulls up to a halt in Cologne, Germany, Oct. 21, 2020. (Courtesy of Synagogue Community Cologne)
Advertisement

(JTA) — Cologne, Germany’s public transportation company put Star of David stickers and the Hebrew-language salutation “shalom” on a vehicle serving one of its busiest tram lines on Wednesday, as part of the buildup to the country’s celebration next year of 1,700 years of Jewish life in Germany.

The move is an initiative of Association 321, which references the fact that Jewish presence was first documented in Germany in the year 321.

The new tram look “is a sign against anti-Semitism and against racism,” the association wrote on Twitter.

The sticker’s full text reads “schalomschen Koeln!” — a diminutive form of the Yiddish-language greeting that is sometimes used in the local dialect of the western German city.