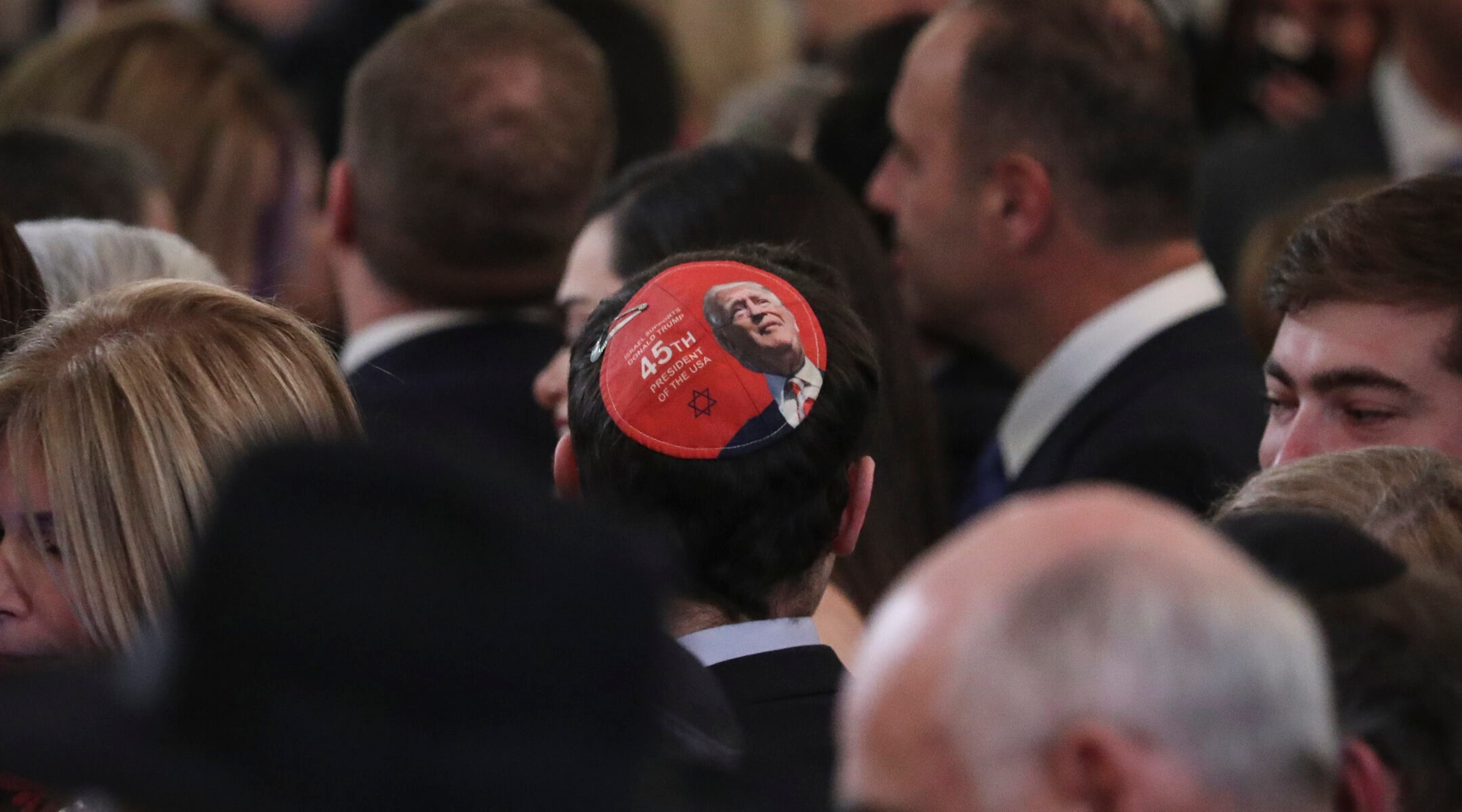 In this picture from a 2018 White House Hanukkah party, an attendee wears a kippah with an image of U.S. President Donald Trump. (Oliver Contreras-Pool/Getty Images)
Advertisement

WASHINGTON (JTA) — To cries of “four more years,” President Donald Trump told guests at a White House Hanukkah Party that he could stay in office “if certain people have wisdom and courage.”

Trump lost the Nov. 3 election to Joe Biden, resoundingly, and Biden is preparing to assume office on Jan. 20. But Trump has not conceded; instead, earlier Wednesday, he sought to join a long-shot lawsuit asking the U.S. Supreme Court to throw out millions of votes.

Trump skipped the first White House Hanukkah Party Wednesday evening. But he made an appearance at the second, where he once again said, falsely, that he won the election. “We won it by more than the first one,” he said.

Trump has said in the past that he hopes the Supreme Court’s conservative majority — including the three justices he nominated — would decide elections appeals in his favor. So far, the court has summarily rejected appeals to hear lower court decisions throwing out pro-Trump lawsuits against state officials who have declared Biden the winner.

The latest lawsuit, brought by Texas’ Republican attorney general, seeks to nullify the results in four swing states where Biden was victorious. Election experts have ridiculed the lawsuit, but Trump has sought to join it.

A number of invitees to the two parties declined to attend, citing fears of the spread of the coronavirus; previous White House events are believed to have been “super spreaders” and were followed by multiple infections.

Unlike at previous Hanukkah parties, there was no formal candle-lighting at either party. The holiday starts Thursday evening.