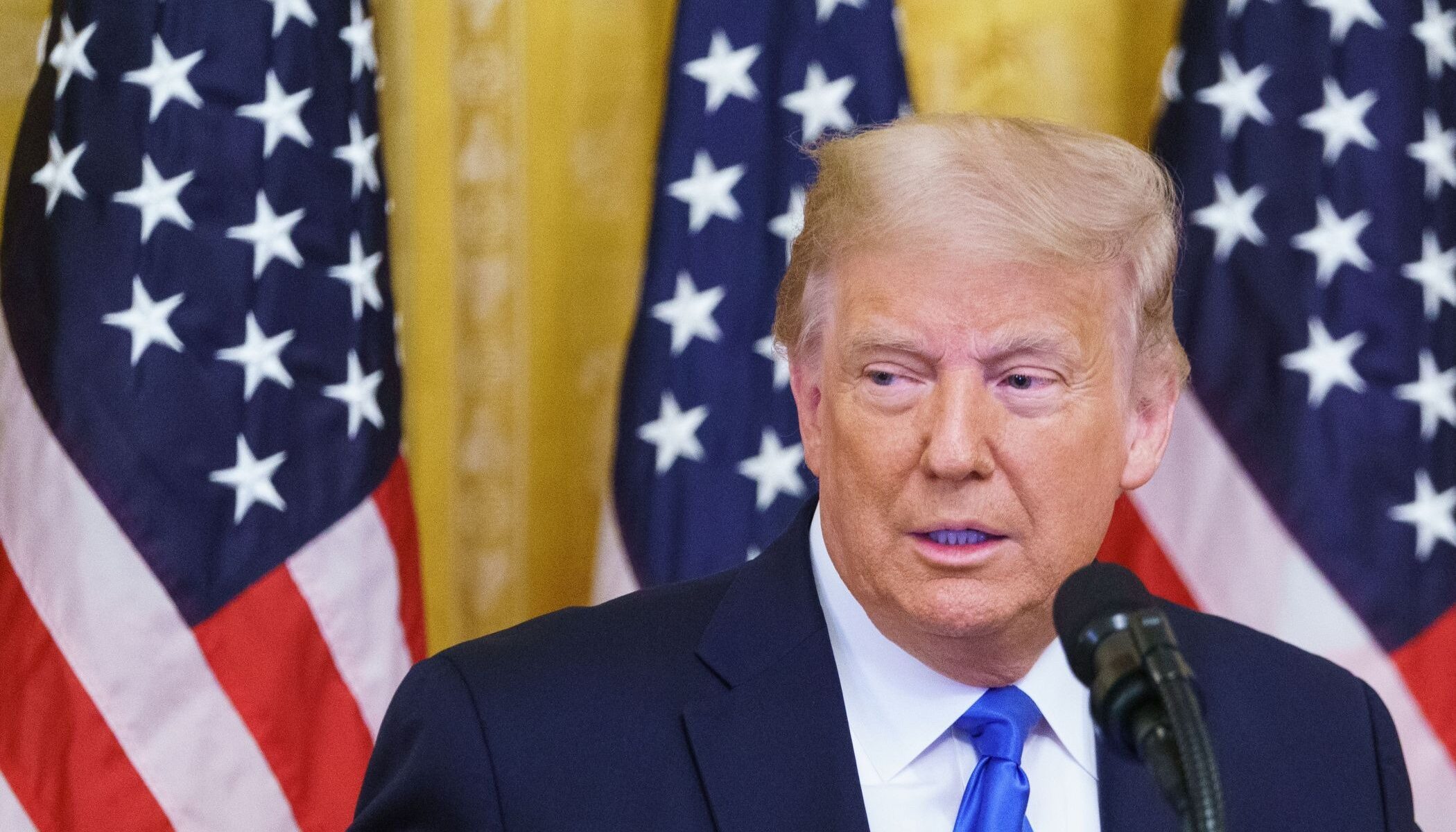 (JTA) — President Donald Trump, under fire for not unequivocally condemning white supremacists, notably the Proud Boys, did so in a friendly venue, chatting with Sean Hannity, the Fox News Channel host.

The president said his condemnation would be ignored by the “fake” media.

Trump in the first presidential debate on Tuesday night with Joe Biden failed to condemn white supremacists when challenged by the moderator, Chris Wallace. Pressed by Biden to denounce the Proud Boys, he told the group to “stand back and stand by.”

The Proud Boys reveled in Trump’s statement, which they took not as condemnation but as instructions from a leader.

On multiple occasions during his campaign for the presidency and then while in office, Trump has appeared to encourage or absolve white supremacists, only to condemn them under pressure.

Trump’s phone interview with Hannity came just hours before the president announced that he and his wife had tested positive for the coronavirus.