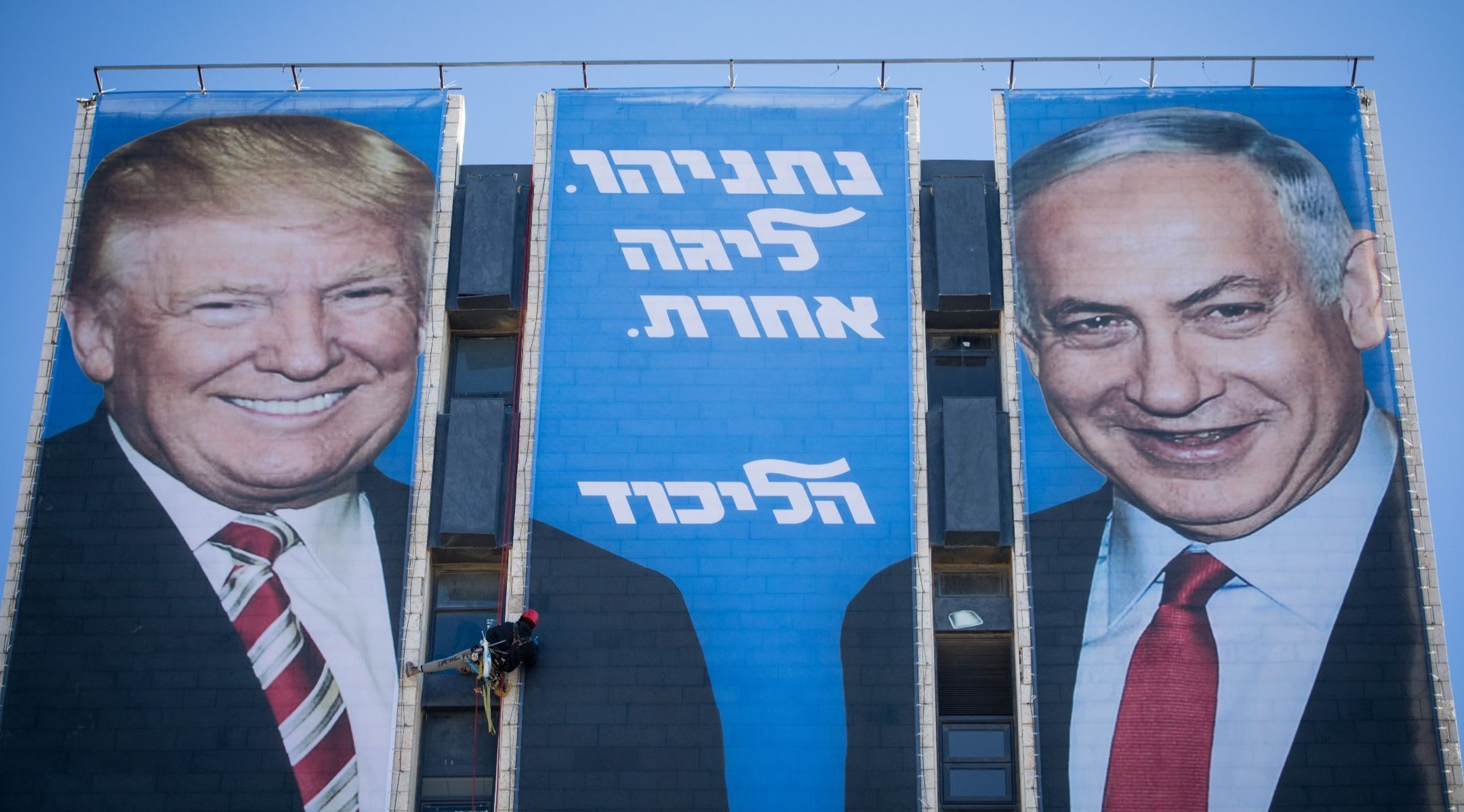 A several-stories-high billboard that shows Trump and Israeli Prime Minister Benjamin Netanyahu smiling and shaking hands was unveiled in two heavily trafficked areas of Israel on Sunday. One billboard was placed on Tel Aviv’s Ayalon Highway, which tens of thousands of Israeli drivers used twice a day during rush hour. The other appears at the entrance to Jerusalem.

The signs read “Netanyahu. In Another League” on top, and “The Likud” at the bottom.

The Likud party will hold its primaries, which Netanyahu is favored to win, on Tuesday.