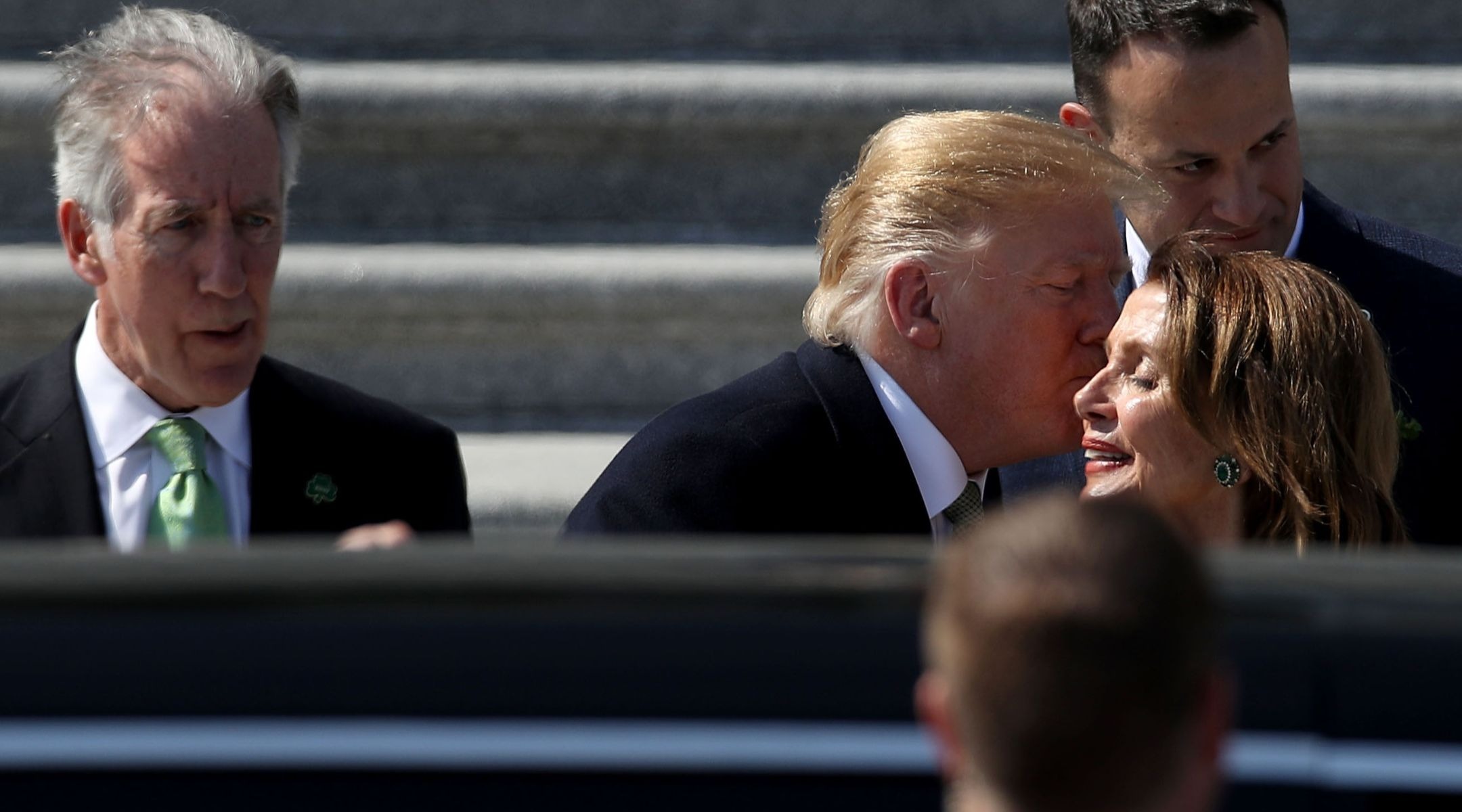 Trump’s tweet came after Pelosi asked the president to remove a tweet castigating Omar and that led to death threats against the freshman lawmaker.

“Before Nancy, who has lost all control of Congress and is getting nothing done, decides to defend her leader, Rep. Omar, she should look at the anti-Semitic, anti-Israel and ungrateful U.S. HATE statements Omar has made,” Trump said Monday on Twitter. “She is out of control, except for her control of Nancy!”

Trump last week retweeted a video edited to suggest that Omar was dismissive of the significance of the Sept. 11 attacks.

Right wing critics had seized upon a speech Omar delivered last month at a meeting of the Council on American-Islamic Relations in which she addressed discrimination Muslims faced after Sept. 11, 2001.

“CAIR was founded after 9/11 because they recognized that some people did something and that all of us were starting to lose access to our civil liberties,” Omar said. (CAIR was actually founded in 1994.)

Omar in the speech also referred to “terrorists” and spoke of her love for America, but critics seized on “some people did something” as disrespectful.

Pelosi ordered increased security for Omar and called on Trump to remove the tweet. “@realDonaldTrump’s dangerous video must be taken down,” Pelosi said on Twitter.

Pelosi has in recent months had to handle separate complaints from Republicans and some Democrats as well as Jewish groups over remarks Omar made that have been perceived as anti-Semitic. Omar has apologized for some, but not all, of the remarks.

Jewish Democrats and groups that criticized Omar for her earlier remarks also said Trump’s tweet was dangerous. “I agree wholeheartedly with the Speaker,” Rep. Eliot Engel, D-N.Y., said on Twitter. “9/11 should never be exploited for political purposes. What the President did was wrong.”

“In a climate of rising hate, it’s irresponsible for @POTUS and other leaders to fan the flames of Islamophobia,” Jonathan Greenblatt, the Anti-Defamation League CEO, said on Twitter. “This type of rhetoric is dangerous and can lead to violence. This needs to stop.”