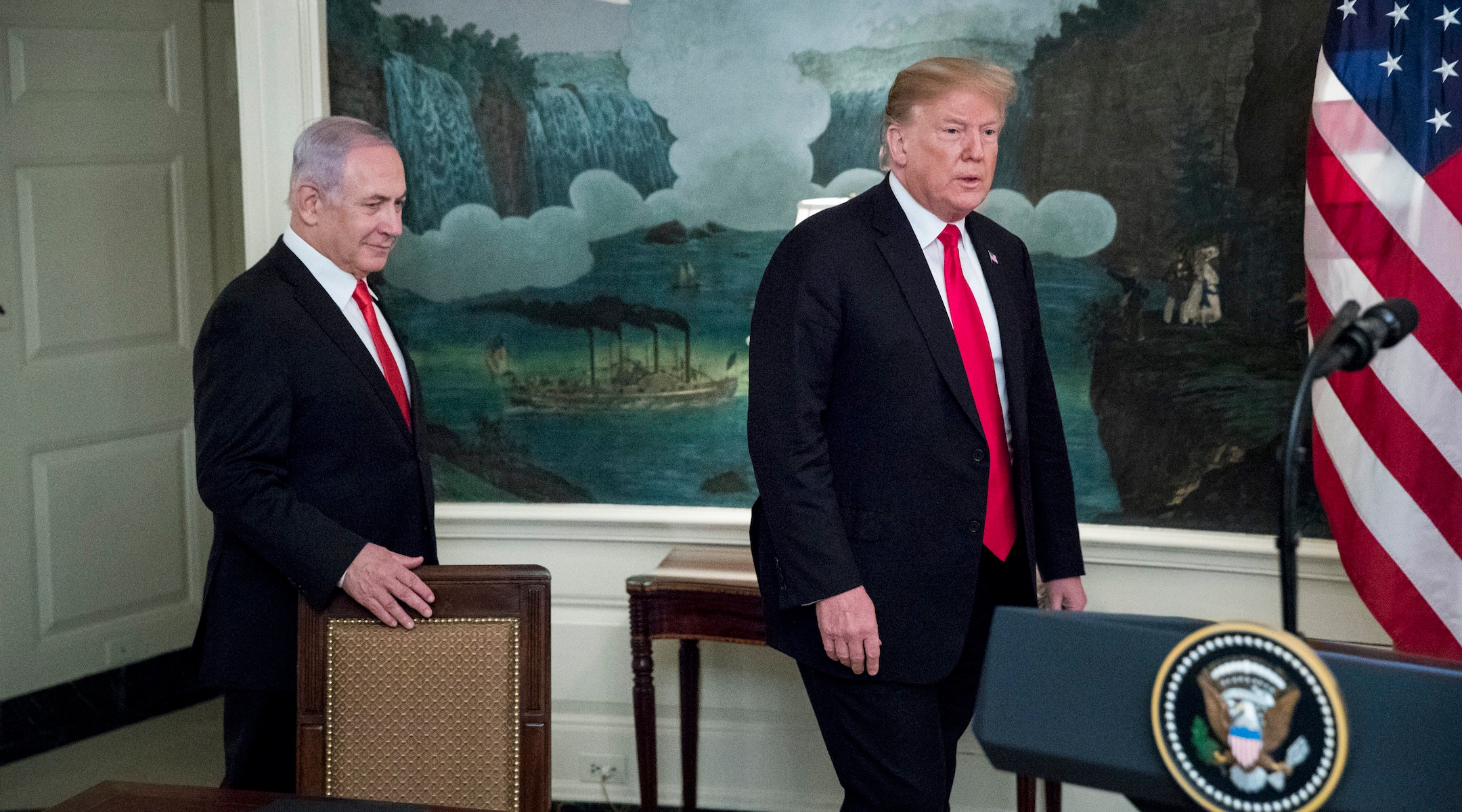 “Our relationship is powerful,” Trump said Monday at the White House ceremony, according to a pool report. “We will confront the poison of anti-Semitism through our words and more importantly our actions.”

Trump’s formal recognition comes four days after he said on Twitter that it was time to do so and two weeks before elections in Israel. The proclamation is one of several actions taken by the Trump administration to boost Netanyahu, perhaps the international leader Trump is closest to, ahead of the April 9 vote.

“You’ve always been there, including today, and I thank you,” Netanyahu told Trump, calling him a “dear friend.” “Your proclamation comes at a time when Golan is more important than ever for our security.” Trump handed Netanyahu the pen he used to sign the proclamation.

Netanyahu was meant to stay in Washington through Tuesday and address the American Israel Public Affairs Committee annual conference, but cut short his trip after a rocket fired from the Gaza Strip destroyed two houses in central Israel and injured seven people, including a baby and a toddler.

Israel captured the Golan Heights from Syria in 1967 and annexed the strategic plateau in 1981. Trump’s proclamation comes as Congress considers legislation that would more formally recognize Israel’s claim to the heights.

The United States is the first country to recognize Israel’s sovereignty. Trump recognized Jerusalem as Israel’s capital in 2017 and moved the U.S. Embassy there last year.