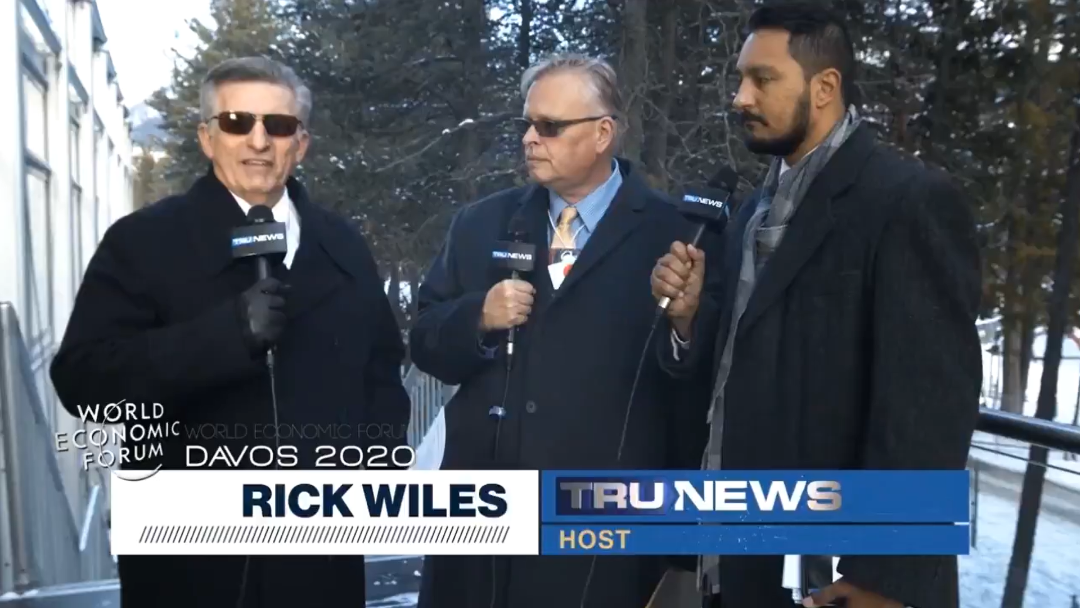 TruNews, an outlet that deals in anti-Semitic conspiracies, reports from Switzerland on Donald Trump's visit to the World Economic Forum, Jan. 21 2020. (Screengrab)
Advertisement

(JTA) — A website whose founder called the effort to impeach President Donald Trump a “Jew coup” has been banned permanently from YouTube.

TruNews had previously been the target of a temporary ban from the online video platform where it has a channel. The announcement of a permanent ban came last week in a tweet.

YouTube had temporarily banned TruNews in November after its founder, Florida pastor Rick Wiles, had said in a video that efforts to remove Trump from office were “a coup led by Jews to overthrow the constitutionally elected president of the United States.”

“I am going to tell you, Church of Jesus Christ, you’re next,” Wiles continued. “Get it through your head! They’re coming for you. There will be a purge. That’s the next thing that happens when Jews take over a country, they kill millions of Christians.”

The White House has provided media credentials for TruNews, most recently for the World Economic Forum in Davos, Switzerland, last month.