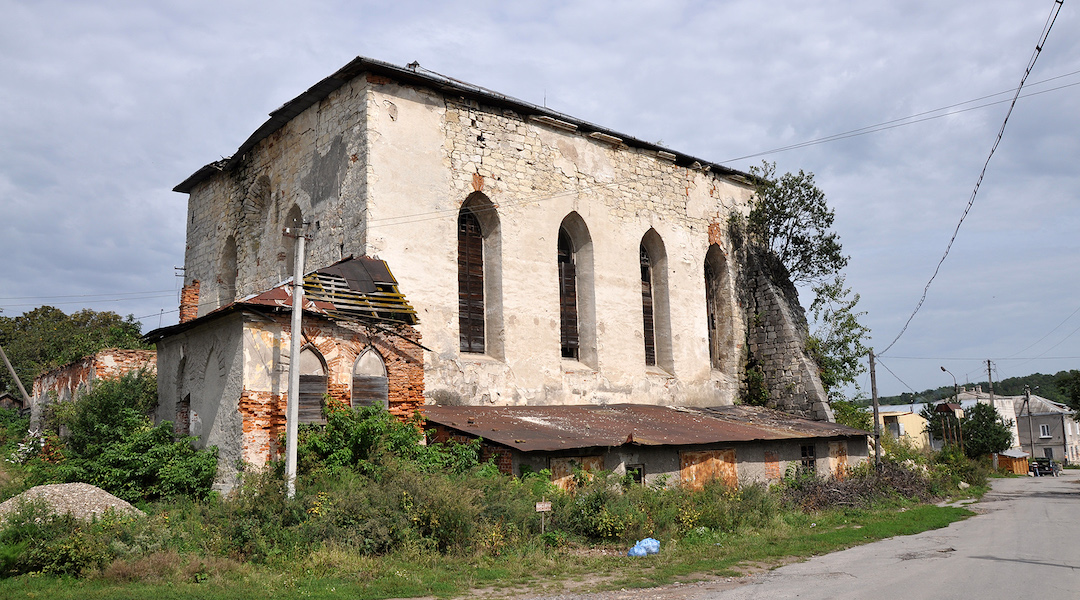 The synagogue in Pidhaitsy, Ukraine, in 2012. (Wikimedia Commons)
Advertisement

(JTA) — A former synagogue in Poland was demolished and another in Ukraine sustained devastating damage in separate incidents.

A buttress supporting the wall of the 17th-century former synagogue of Pidhaitsy, a town in Ukraine’s west, collapsed on Saturday night as a result of heavy rains, the news website te.20mimut reported. Photos of the damage show a pile of rubble abutting the already abandoned structure.

The news site reported that local Department of Culture had sent an appeal to the Ministry of Culture.

Authorities and conservation activists had failed to register the building as an architectural monument, the newspaper reported.

The Nazis destroyed the synagogue’s interior during the Holocaust and Polish communist authorities turned into a workshop. It was restituted to the Jewish Community of Krakow, which sold it. The building was not registered as a monument during the time that it was owned by the Jewish community, according to Gazeta Krakowska.

Declaring a building as a monument significantly reduces its worth on the real-estate market.

Tadeusz Jakubowicz, the head of the Jewish Community of Krakow, did not reply to multiple requests for comment from the newspaper.