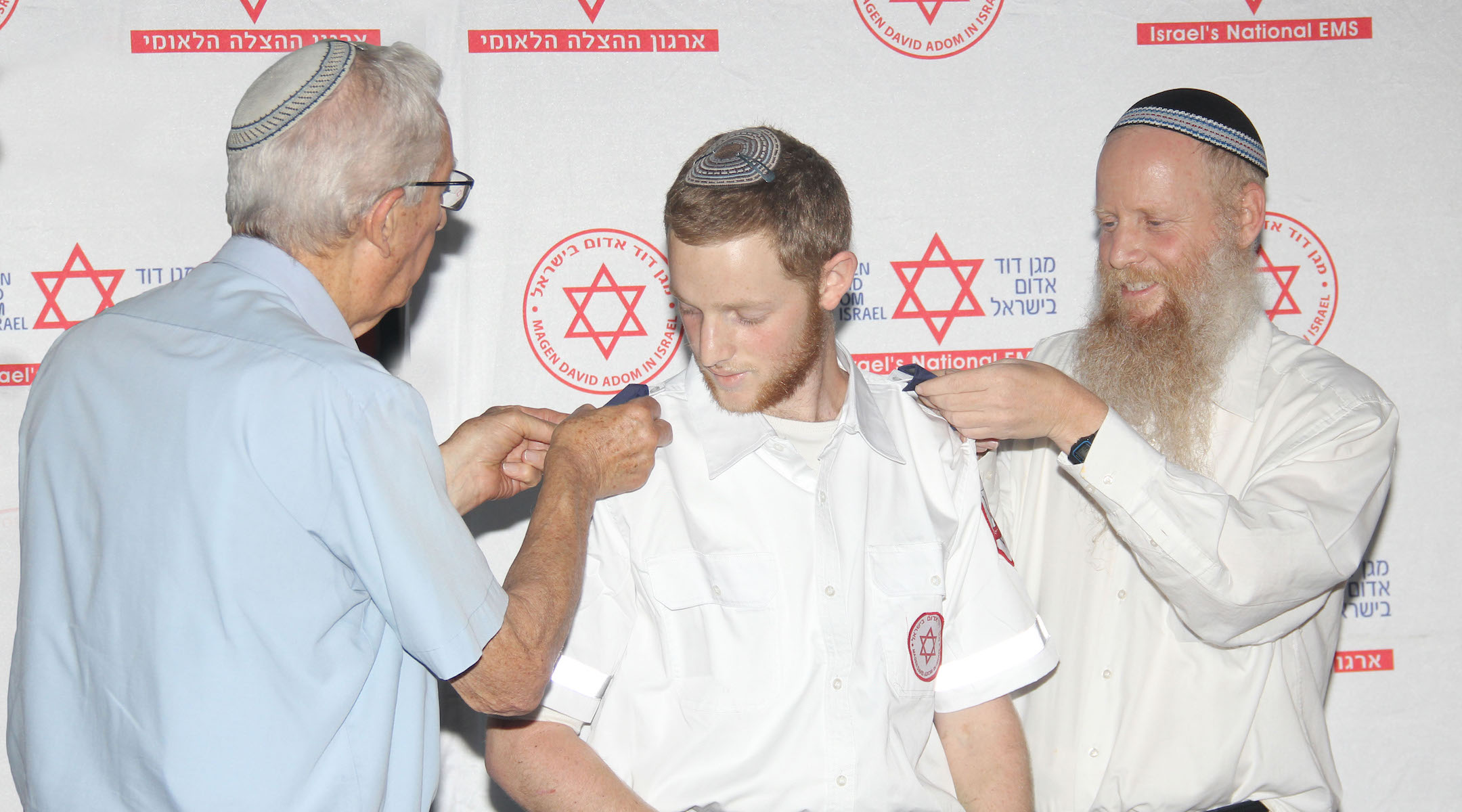 JERUSALEM (JTA) — An Israeli teen who was wounded in a Palestinian terror attack last month received his EMT certification on Thursday, only days after being released from the hospital.

Dvir Shnerb, 19, was seriously injured in the Aug. 3 attack, which killed his sister, Rina, 17, and injured his father. The family, from Lod, were hiking at the Ein Bubin spring near the West Bank settlement of Dolev, east of Modiin, when an explosive device detonated in their path.

Shnerb received his certification in Tel Aviv from Magen David Adom only hours after being released from the hospital on Tuesday.

“Today we are finishing a course which we all began for one reason — the desire to save lives,” Dvir said. “We never really think about who our patient is, what their life has been like until now, or what their life will be like after. But this week, I learned that saving lives is not only saving who our patient was, but it’s also saving their future.”

“Rina saved lives in her own way,” said her brother. “She saved souls by teaching, by kindness, and by volunteering.”

Attending the ceremony was senior EMT Shlomo Perel, Shnerb’s instructor and, ironically, the first EMT to respond to the scene of the bombing on Aug. 23.