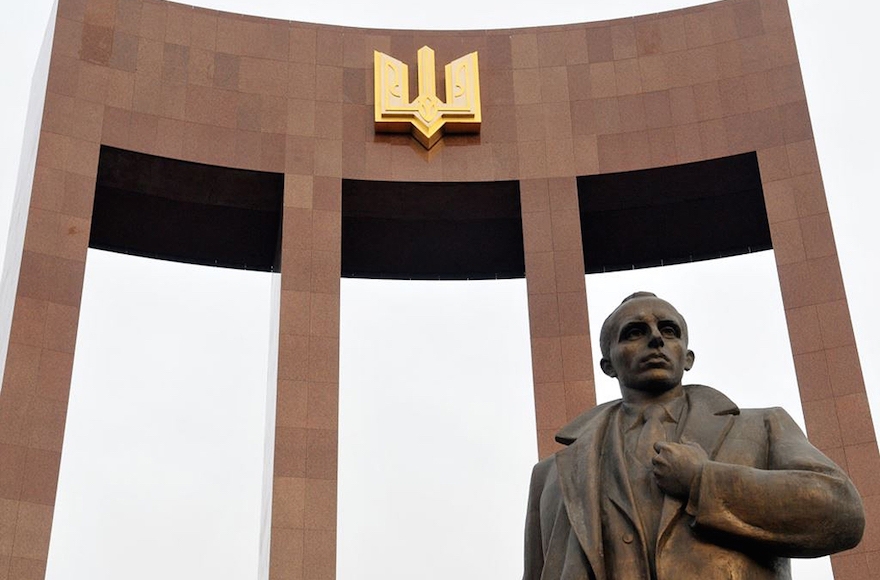 (JTA) — Ukraine designated the birthday of a Nazi collaborator as a national holiday and banned a book on the anti-Semitic actions of another national leader.

The Ukrainian parliament last week declared Jan. 1 as a national day of commemoration for Stepan Bandera, who briefly joined forces with the Nazi occupation of Ukraine. A nationalist, Bandera hoped the Germans would allow his country sovereignty from the Soviet Union, though the Nazis later arrested him.

Some of his supporters at the Organization of Ukrainian Nationalists, which he headed, committed countless war crimes against Jews.

The region of Lviv, Bandera’s native city, this month declared 2019 “Stepan Bandera Year,” sparking protests by Israel. Tarik Youssef Cyril Amar, the former academic director of Lviv’s Center for Urban History of East Central Europe, this week returned an award conferred on him by the city in protest.

A Russia-born Jew killed Petliura in Paris in 1929 as revenge for the pogroms.