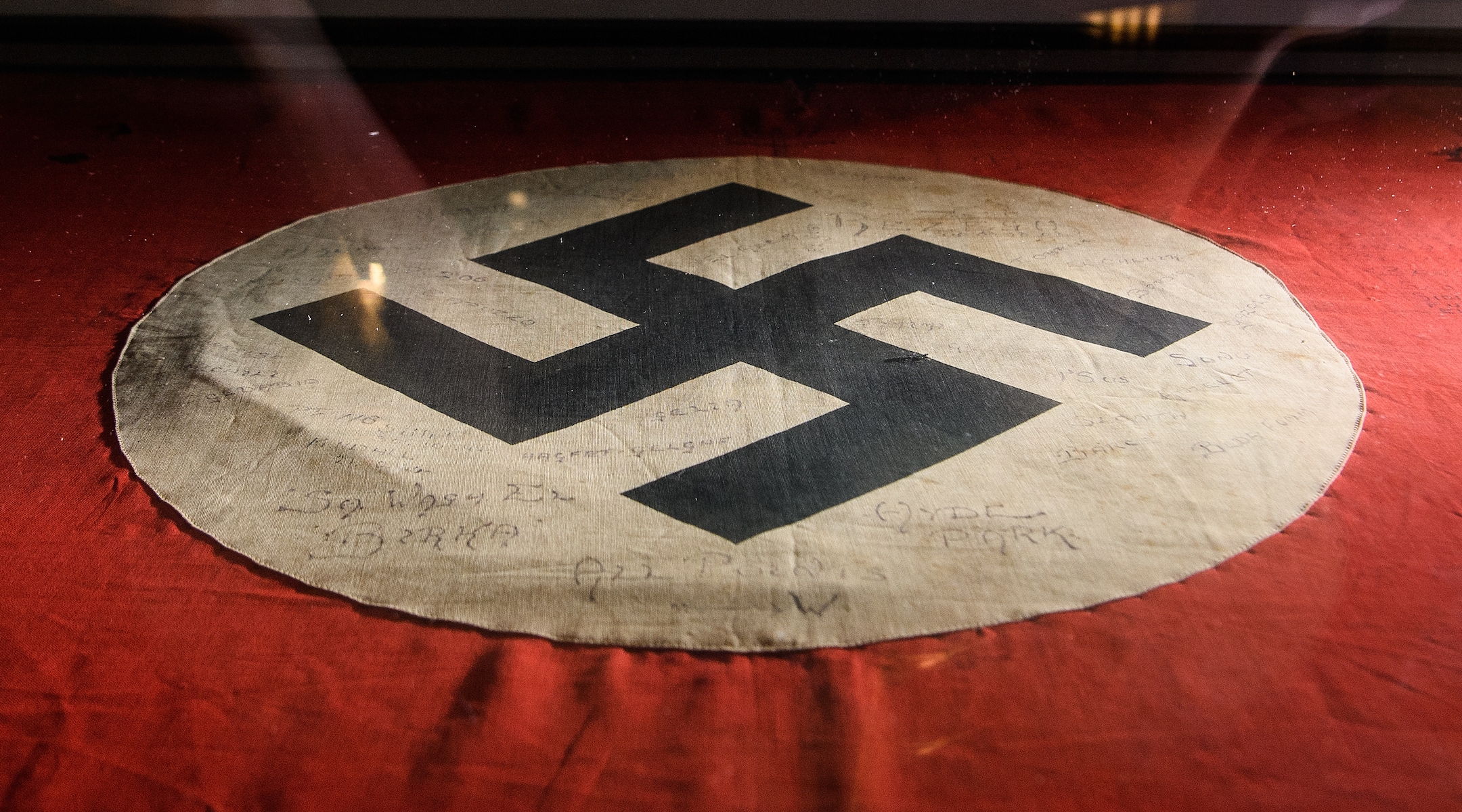 (JTA) — A shopping mall in Ukraine that is located on a street named for a collaborator with the Nazis decorated a staircase with a large swastika.

Images and footage from inside the Horodok shopping mall on Kiev’s Bandera Avenue surfaced Monday on Facebook.

They show shoppers climbing up and down the staircase, whose middle-section stairs feature a large swastika locked in a white rhombus encircled by red, similar to Nazi Germany’s flag. The street where the shopping mall is located is named for Stepan Bandera, a Ukrainian nationalist who briefly collaborated with Nazi Germany in its fight against Russia.

His troops are believed to have killed thousands of Jews.

The street used to be Called Moscow Avenue. It was named for Bandera in 2016 despite protests by some Jewish community leaders and Ukrainian Poles, whose community also suffered war crimes by Bandera’s troops.

According to Eduard Dolinsky, the director of the Ukrainian Jewish Committee, the video was taken by a shopper on Saturday night, hours before several hundred nationalists marched through Kiev carrying torches.

Israeli journalist Shimon Brinman later posted to Facebook that the mall apologized for “the situation that arose” over the weekend in its LED stairs. According to mall officials, its computer system was hacked, allowing the attackers to display the image. “The administration and staff have nothing to do with the information that was placed on the LED ladder, and in no way supports such actions,” a statement from the mall said.

“We hope for your understanding and grateful to all who are not indifferent,” the statement also said.