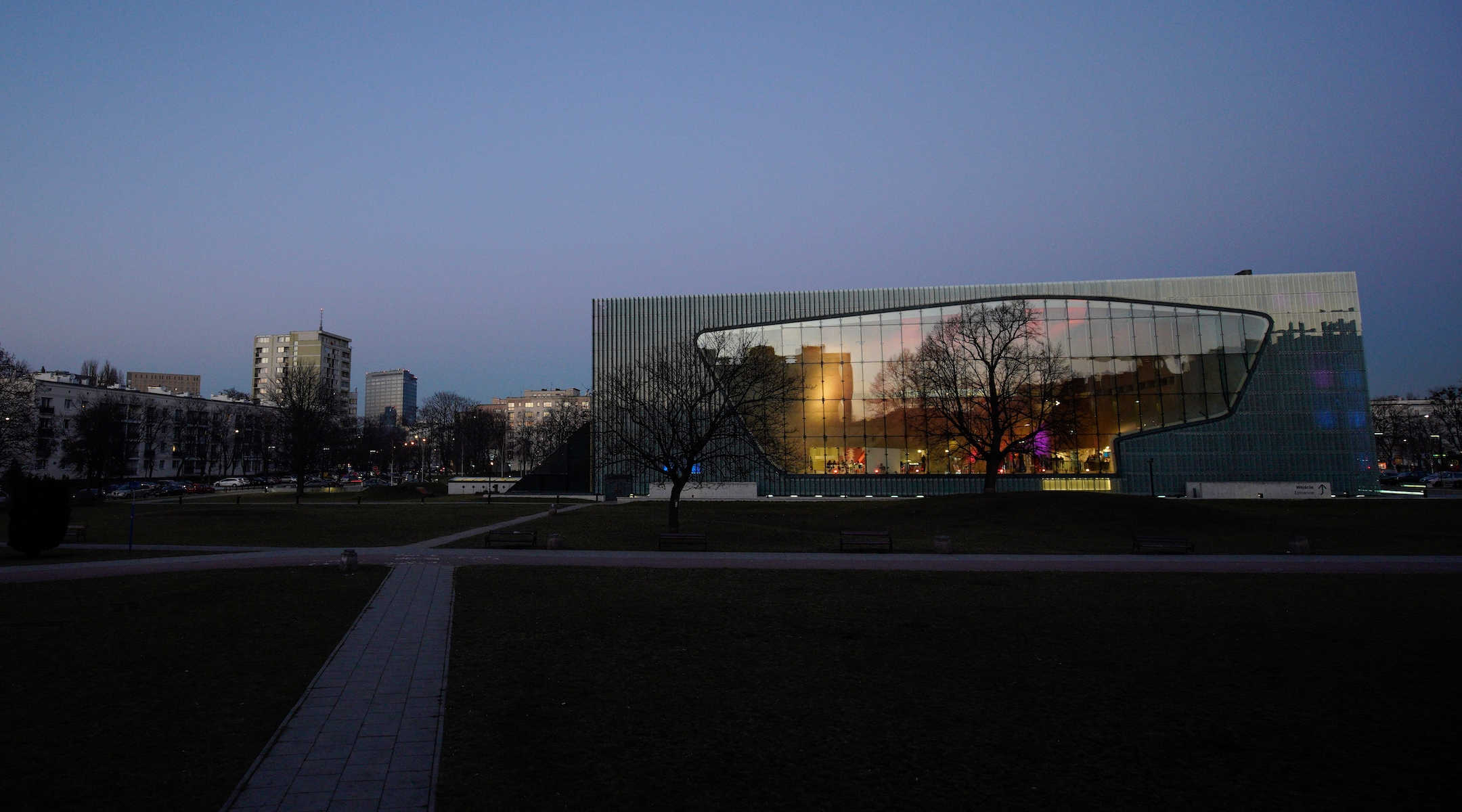 A view of the Polin Museum of the History of Polish Jews in Warsaw, Poland, Feb. 16, 2019. (Jaap Arriens/NurPhoto)
Advertisement

(JTA) — Several private donors to Poland’s Jewish history museum have suspended funding amid uncertainty over who will lead it, a Jewish group said.

The donors are concerned that the government will not extend the tenure of Dariusz Stola as director of the Polin Museum of the History of Polish Jews, The Associated Press reported Tuesday.

It quoted Piotr Wislicki, head of the Association of the Jewish Historical Institute of Poland, who did not name any donors.

In May, a search committee recommended keeping Stola, who became director a year after the museum opened to acclaim in 2013. The Culture Ministry has not yet said whether it will accept the recommendation.

The ministry jointly manages the Polin Museum along with the Warsaw municipality and Wislicki’s association. All three bodies were represented on the commission that approved Stola for another term.

Culture Minister Piotr Glinski said on Polish TV that he “is analyzing the situation at the moment.”

One issue, Glinski said, is Stola’s failure to host a conference on the late Lech Kaczynski, a former president of Poland. Kaczynski, whose twin brother Jaroslaw leads the ruling conservative Law and Justice party, died in an air crash in 2010. The museum said in a statement Tuesday that it had reacted positively to a proposal for a conference on Kaczynski but initiators did not follow up.

Stola, who is not Jewish, has criticized a controversial law passed last year in Poland that makes it illegal to blame the Polish nation for Nazi crimes. According to AP, the government also criticized the tone of an exhibit last year that mentioned an anti-Semitic campaign in March 1968 that drove thousands of Jews out of the country.

Glinski denied allegations that its deliberations are related to this or any other political position Stola has taken.