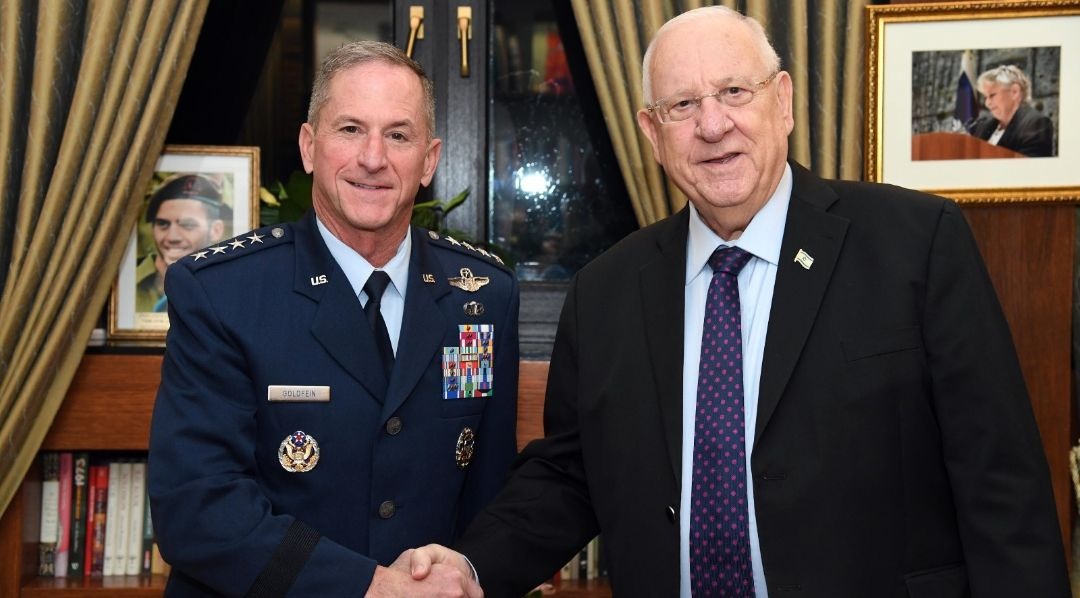 Goldfein was participating in the Blue Flag joint military exercise, a 10-day exercise in which 70 combat planes from five air forces fly against each other in 19 sorties across six different locations around the country. The exercise ended on Thursday and had gone on despite the hundreds of rockets that were shot at southern and central Israeli civilian from Gaza.

Goldfein met on Friday with Israel Defense Forces Chief of Staff Aviv Kohavi and Israeli Air Force Commander Amikam Norkin, who presented the Goldfein with the Chief of Staff Medal of Appreciation.

Goldfein and Norkin reportedly flew together and “discussed military cooperation between the two countries, the Blue Flag exercise, the air force’s transition to fifth-generation jets as well as security, cooperation and strategic matters,” the IDF said in a statement.

He met with Israeli President Reuven Rivlin on Thursday evening. Rivlin emphasized the importance of U.S. support for Israel’s security policy, and the unparalleled cooperation between the armed forces of the two countries in joint exercises and other fields, read a statement from his office.

“The U.S and Israel enjoy a strong and enduring military-to-military partnership, one we’ve built upon trust developed over decades of cooperation. What an honor and privilege to be here in Israel today. We thank you all for your hospitality, and look forward to building on our already rock-solid alliance,” Goldfein told Rivlin.