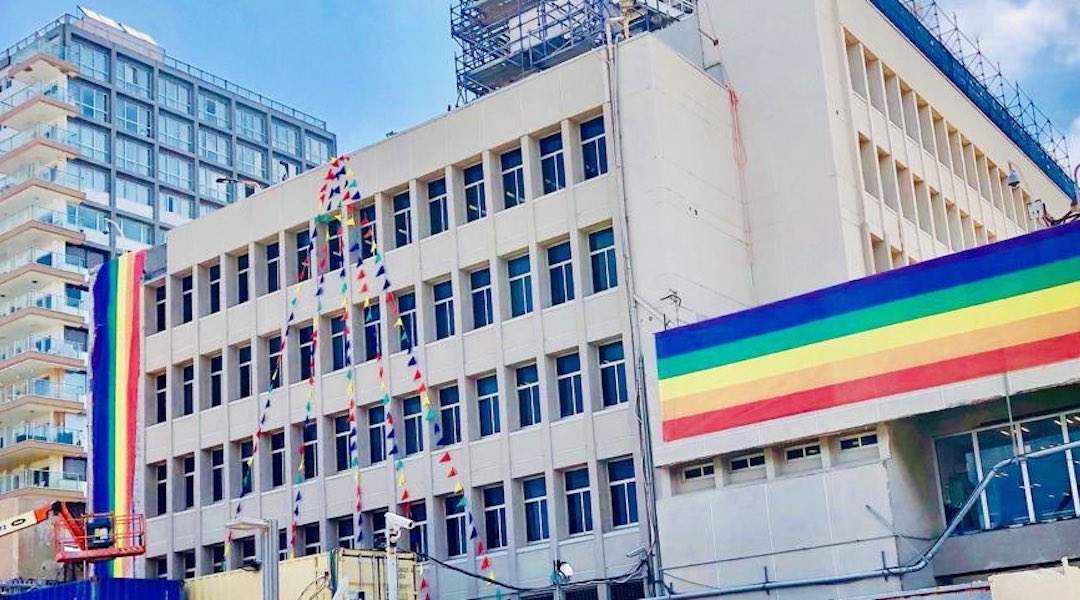 Prior to Pride Month, the Trump administration issued an official ban on U.S. embassies flying the signature rainbow flag representing LGBTQ pride on their flagpoles. But the decorations at the Tel Aviv building did not appear to violate the specific order.

A photo of the building decked out in two rainbow banners and rainbow streamers was published on the U.S. Embassy in Jerusalem’s official Twitter account on Thursday.

“The U.S. Embassy Branch Office in Tel Aviv is ready for the PRIDE parade tomorrow!” the tweet said.

The Embassy in Israel as among four U.S. embassies reportedly explicitly denied permission to fly a Pride flag, Haaretz reported. The other three are Germany, Brazil and Latvia.

Vice President Mike Pence said he and President Trump were “proud to be able to serve every American.”

“We both feel that way, very passionately, but when it comes to the American flagpole, and American embassies, and capitals around the world, one American flag flies. I think it’s the right decision, and we put no restrictions on displaying any other flags or any other displays at our embassies beyond that,” Pence told NBC news earlier this week when asked about the ban.