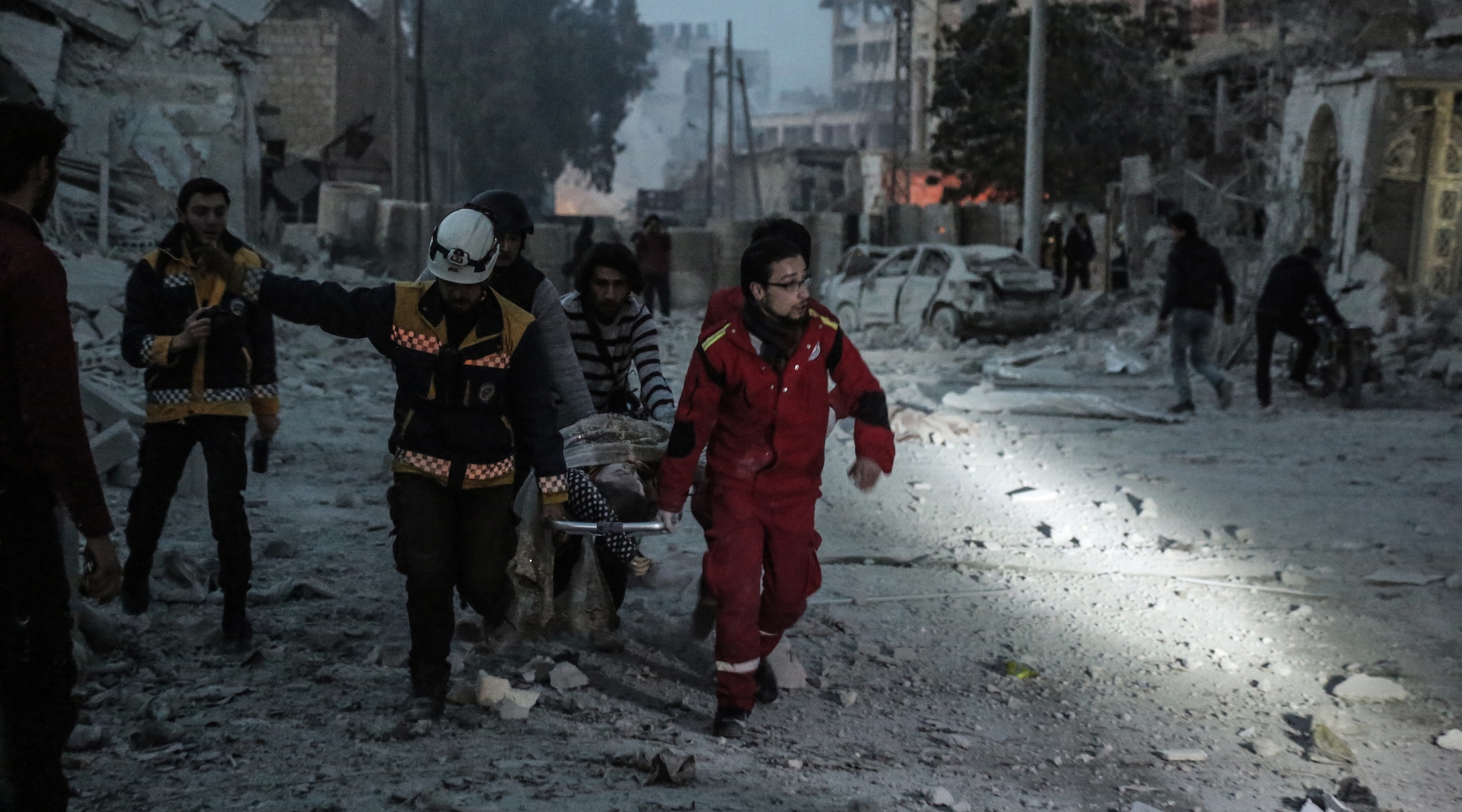 (JTA) — The United States Holocaust Memorial Museum is giving its highest honor to the Syria Civil Defence, a volunteer group that operates in rebel-controlled areas in Syria and Turkey.

The group, also known as the White Helmets, was founded in 2014 during the Syrian Civil War and provides aid and rescue to those affected by bombings in the country. Western countries view it as a humanitarian organization, but Russia, which supports Bashar al-Assad’s government, has described the group as a “threat.”

The group’s rescue efforts have demonstrated that Syria and its Russia-backed forces have targeted schools, hospitals and other civilian facilities. Both Moscow and Damascus have dismissed this, often feebly, as propaganda.

The museum, which is the country’s official Holocaust memorial and is located in Washington, D.C., announced on Monday that it was giving the 2019 Elie Wiesel Award to two recipients: the Syria Civil Defence and Serge and Beate Klarsfeld, a couple known for their investigation into Nazi war criminals.

“At enormous risk to themselves and their families and in the face of horrific attacks by the Syrian government, the Syria Civil Defence have courageously saved lives and delivered critical services to a desperate population,” the announcement said about the White Helmets.

The recipients will receive the awards at the museum’s National Tribute Dinner on April 29 in Washinton, D.C.