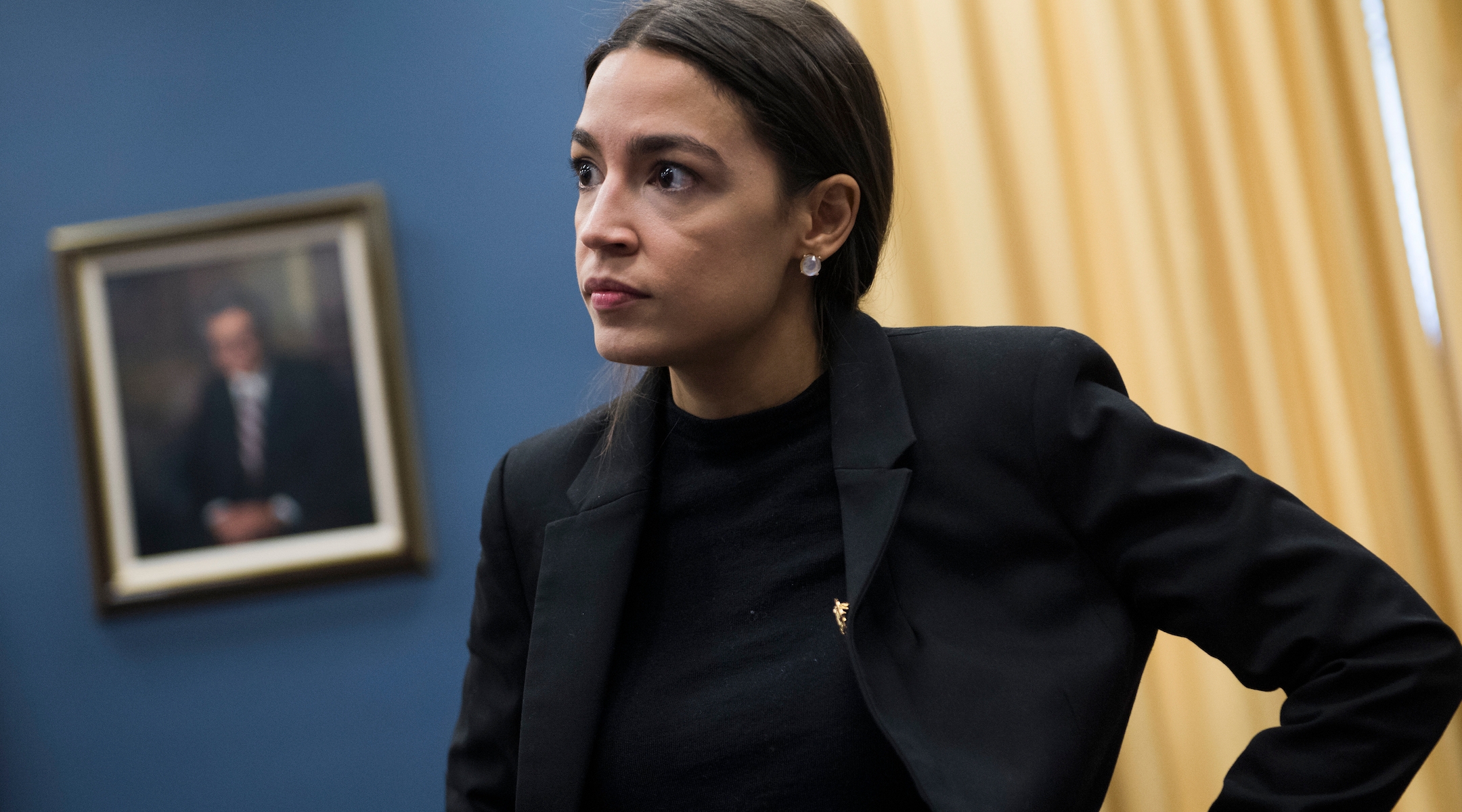 Alexandria Ocasio-Cortez at a briefing in the Rayburn Building in Washington, D.C., May 23, 2019. She has sparked a debate about the use of the term "concentration camps." (Tom Williams/CQ Roll Call)
Advertisement

WASHINGTON (JTA) — The U.S. Holocaust Memorial Museum reiterated a strong rejection of analogies to the Holocaust in the wake of the debate surrounding the term “concentration camps” sparked by Rep. Alexandria Ocasio-Cortez, D-N.Y.

The museum “unequivocally rejects efforts to create analogies between the Holocaust and other events, whether historical or contemporary,” the museum said in a statement. “That position has repeatedly and unambiguously been made clear in the Museum’s official statement on the matter.”

The statement linked to one from December following a similar controversy regarding migrant detention camps run by the Trump administration.

Ocasio-Cortez last week likened migrant detention camps on the border to concentration camps, and invoked the phrase “Never again.” After critics slammed her for what they said was an invocation of the Holocaust, she said she is not likening the detention camps to the camps run by the Nazis, but rather to a definition of the term that has been used for other detention camps, including those that imprisoned Japanese Americans during World War II.

The clarification did not convince all of her critics and a firestorm from critics has continued.

The museum statement appeared to be sparked by an article in World Israel News that accuses a Holocaust museum historian of embracing the view that the current migrant detention camps are analogous to Nazi-run concentration camps.

“The Museum further reiterates that a statement ascribed to a Museum staff historian regarding recent attempts to analogize the situation on the United States southern border to concentration camps in Europe during the 1930s and 1940s does not reflect the position of the Museum,” the statement said.

The World Israel News article appeared to mischaracterize the Ocasio-Cortez statement as invoking the Holocaust. Erbelding in a statement called for a retraction and apology from World Israel News and said, “Holocaust analogies are lazy, distracting, insensitive, and incorrect.”

“I support the Museum’s stance on avoiding Holocaust analogies,” she added in an interview with the Jewish Telegraphic Agency.

The Holocaust Museum told JTA it stands by its statement, and the author of the World Israel News story initially did not respond to a request for an interview.

The JTA request to the author, Atara Beck, was made on Twitter, and she did not see it. Beck reached out to JTA on Wednesday to respond.

“The tweet in question was made during the controversy about (Alexandria Ocasio Cortez’s) comments about concentration camps, ‘Never Again’ and similar words invoking the Holocaust,” Beck wrote in an email to JTA.

Beck said that Erbelding did not reply to her email asking her about the historian’s tweet. She said Erbelding had blocked her on Twitter after she had sent the email.